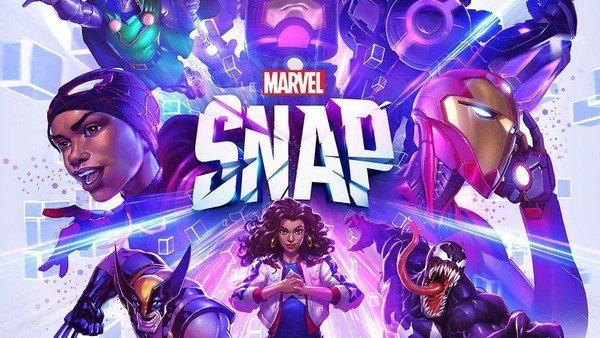 Marvel Snap is a new card game from Nuverse studio. The essence of the gameplay is to occupy two of the three areas, placing your cards and fighting with the enemy forces. Each card represents a specific Marvel hero with attack and defense stats, as well as unique abilities to activate in combat. Another interesting feature of the game is the size of the deck – only 12 cards. This allows players to build decks more easily while maintaining the strategic depth of the game. The developers are betting on the speed of the matches (they last three minutes) and their variety. Fights include three random locations, each of which imposes one or another effect on the cards. If you like card games, then also download Runeverse – The Card Game. 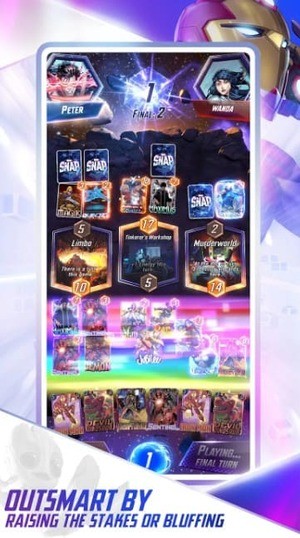 All cards in Marvel Snap consists of 4 categories:

There are also cards that move, destroy, add strength, summon more minions. There are even insane cards with an effect in the spirit of changing the power and cost of all cards in the deck. Players can also use cards with immunity to destruction or movement.

Winning a Marvel Snap match earns you the cubes (and card boosters) you need to increase your rank. If you lose, cubes are subtracted from your progress. Fireproof rank is only 10, but players can easily roll the rest away.

How many cubes you get and lose is almost unpredictable. The bet is 1 at the beginning. By the end, it rises to 2. This is where the revolutionary SNAP mechanic comes into play. By clicking on the cube from above, you double the bet, letting your opponent know that you are confident in your victory. If the opponent doubts your victory, he can also double the bet – turning it into eight by the end of the match. You can always give up and fix a smaller loss in cubes. Get rewards for reaching ranks. Boosters, credits, gold, avatars and a shirt. 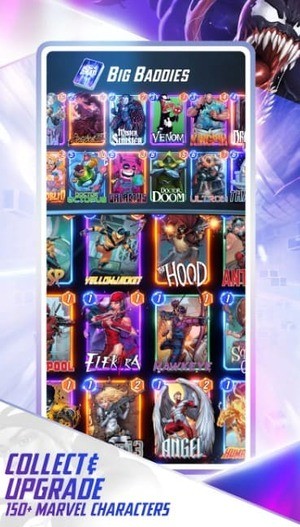 Everything is clear with shirts and avatars, but it is more difficult with cards. When playing a deck, you upgrade the cards inside it, getting boosters for a random card from the deck. By paying the local currency – loans and giving boosters – you upgrade the map. Get a visual improvement of the card and the level of the collector. Why do you need to level up a collector? It can give you new cards, currency and boosters.

Six moves. 3 fields. Your deck of 12 cards. Mana like in Hearthstone. Simultaneous moves and doubling down – SNAP. Collectible cards in 5 different versions. Rating system. Season pass and donation. And now about everything in order. 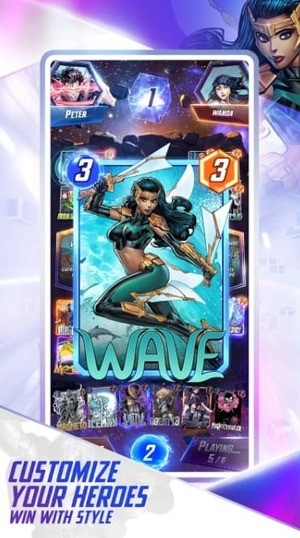 To win the Marvel Snap, you need to score more points than the opponent does on 2 out of 3 fields. Usually a match lasts 6 turns, but some fields may change this rule by making a match in 7 or 4 turns. The game has 3 fields. Each game selects 3 fields randomly with certain conditions. For example, -2 strength for all creatures on the field, 7 turns, or even fields that you cannot play on. The condition on the first field opens immediately, on the second it opens on the second turn and on the third on the third move, respectively.

After reading the conditions of the first field, you begin to walk with your cards. There is no mulligan stage, but there are cards like Quicksilver and Domino that always come into hand on a certain turn. Put only 4 cards on the field, but sometimes a field with the condition “only one card on this field” may fall out.

Players move at the same time, but see the result of the opponent’s move after completing their turn. The game starts with 1 mana which adds every turn.

Marvel Snap is a promising and exciting game that could well compete with Hearthstone. Many options for strategies and decks, a lot of unexplored cards, as well as great graphics are waiting for you.