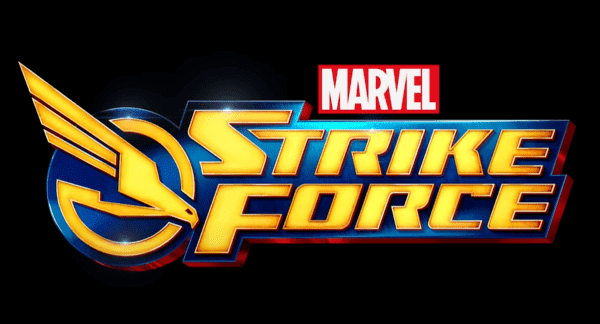 Marvel Strike Force is a modern action RPG game made in style of the beloved cinema universe. Throw all your forces to protect the planet, using a squad of powerful fighters. Control your favorite superheroes who can get rid of opponents in an instant. Players have to choose several fighters to achieve your goals to save the planet. If you are a fan of cool team fights, then we can also offer Mortal Kombat and PUBG Mobile.

The Marvel Universe needs no introduction, but in this case, we would like to highlight the main advantages of the game.

Marvel Strike Force is an RPG game. Collecting your own squad of famous characters is not enough. You need to upgrade the heroes as much as possible in order to achieve victory in the confrontation with opponent. Each fighter has individual abilities and skills, so the battle success greatly depends on team management. Enemies also have personal characteristics. The player’s task is to select a fighter for each opponent who can withstand the blow and strike back his own.

By launching Marvel Strike Force, the user learns that enemy has enslaved the planet and captured many heroes from different worlds. Moreover, they not only languish in captivity, but also fight on opponent side. The gamer should find special spheres that suppress the will of fighters to free them. As soon as you find one of them, you free a certain character from the power of villain and make him a part of your team. Now you can improve his abilities and send into battle against heroes who are still under the rule of the enemy. Gradually, you can free everyone to engage in battle with the main rival.

Any hero can be “pumped”, increasing his strength, agility or teaching new especially powerful and effective techniques. Players can carry out leveling up in two ways: with help of increasing individual stats and through special unique items of weapons and armor. For example, you can pick up a new web shooter for the Spider-Man that allows you to immobilize enemies with a web.

By building your team wisely, you can teach characters how to perform killer combos. Some combinations of techniques are obvious. For example, the thunder god Thor can hit Captain America’s shield and create a blast wave that scatters all opponents around. In addition, you can reveal other combos directly during the fight. Marvel Strike Force tries in every possible way to keep your interest, calling you to play every day – and this is very commendable.

As in the case of the Marvel Cinematic Universe, the game has amazing graphics detail. Game developers drawn all characters and opponents with such high quality that moviemakers can safely use their models in films. The sound in the game is also excellent. Epic music makes it easy to tune in battle with the enemy.

Our team offers to download Marvel Strike Force with a mod for instant win absolutely in any fight with an opponent. Apart from the fact that you can easily win all battles, you can also earn three stars all the time to get more in-game currency. Another feature of modified version is the absence of all advertisements.

Our team has tested the menu mod for Marvel Strike Force. Analyzing test results, we  guarantee its full functionality. After starting the game, you can launch the menu with instant win option using the button in upper left corner of the screen. Moreover, if you wish, you can also always disable this function and fight the enemy without cheats.

Since it is an RPG, you need to develop your heroes and collect a balanced squad from diverse characters. The developers of this masterpiece made sure that each hero had both strengths and weaknesses. Therefore, it is necessary to interact with the heroes in such a way that they can defeat any enemies.

At first, only two heroes are available for you: Spider-Man and S.H.I.E.L.D doctor. However, as you progress through Marvel Strike Force, almost all characters of the famous Universe become available to you. Nick Fury can help you through the storyline.

The first levels allow you to understand the gameplay and mechanics. In the very first mission, you have to confront opponents from Kingpin camp and prevent the transport of dangerous interdimensional artifacts. If attackers are able to use them, they can receive enormous power. Since every superhero has his own superpower, it’s necessary to use it at the right time. This is the only way to defeat enemies.

Marvel Strike Force allows you to not only fight various villains, but also save other heroes. Each task spends part of energy. It replenishes extremely slowly. Therefore, it is important to approach each mission very responsibly.

Marvel Strike Force is an interesting game from the popular superhero universe. With the help of the best of them, you have to save the planet from insidious enemies. We are confident that you will appreciate this masterpiece from FoxNext Games.

Don’t forget to delete the original version of Marvel Strike Force before installing our modified version to prevent errors during installation process.