Maximus 2: Fantasy Beat-Em-Up is a colorful action game that focuses on juicy and exciting battles. The creators have captured spirit of the best classic beat-em-up games, combining them into one unforgettable adventure. You can fight alone or take part in team confrontations up to four players. By choosing the single player mode, you will observe the smooth development of the storyline. No sharp transitions between levels, animated inserts and dialogues between characters. This is what adds interest to the classic beat-em-up game and does not let you tear yourself away from the gameplay for a minute. There is also a multiplayer in the project, so you won’t have time to get bored. Well, we also recommend downloading Magic vs. Metal and CATS: Crash Arena Turbo Stars.

Read on if you are interested in all the details about this great game. 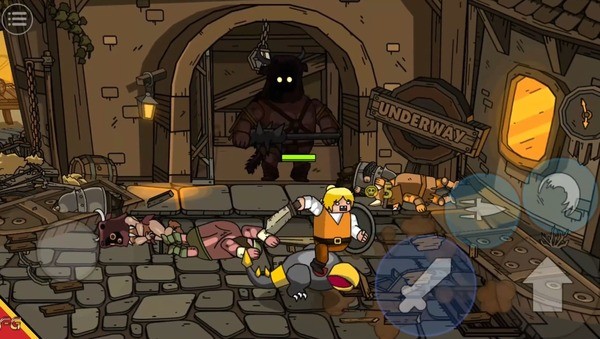 Maximus 2 is an action game where you need to beat all opponents. What are the characteristics of such games? The key difference between such applications and regular fighting games is that here the action takes place outside the arena. In addition, the player fights with many opponents at the same time. To advance further, you have to defeat everyone. Don’t worry, each enemy individually is weaker than you. When they attack all together, it will be quite difficult for you. In general, all the classic aspects of games are available in this project.

There are several class characters available in Maximus 2: Fantasy Beat-Em-Up, each with a different role, weapon, and skill. There are tanks, mages, rogues, ninjas and healers. To complete the cooperative mode successfully, you will need all class heroes and clear interaction on the battlefield. Of course, each class has its own characteristics and goals on the battlefield. The tank will be able to hit enemies without getting tired and will withstand a large amount of damage. Magician hits with spells, he can paralyze, set fire or freeze the enemy. Doctor supports your friends and party members in time and adds vitality to them. In general, each character will have their own tasks, so it is important to make the right choice before the battle.

Between battles, you should return to Maximus 2 menu to buy useful items, potions, new weapons and strong armor with the coins you earn. It will not be possible to defeat stronger enemies and get to the main boss, which not everyone can defeat the first time. You can improve the hero in several ways. Upgrade his attacking power and increase his defenses. To get started, arm yourself with a shield and a sword to resist enemies more effectively. Don’t forget about any combo attacks. They are more difficult to perform, but the damage will be appropriate. 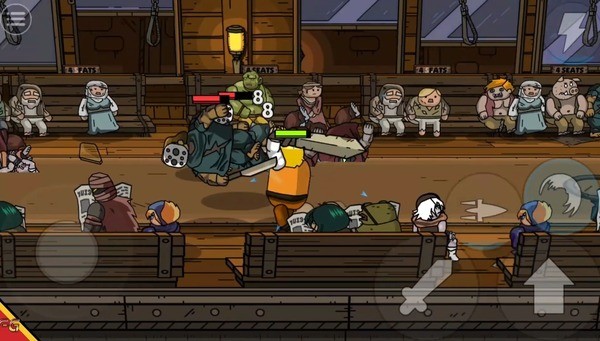 If you wish, you can try real-time battles. Just choose multiplayer and fight with real players, or play online with up to four players and go through a difficult path strewn with enemies together with friends. It is possible to play online or get together with friends in the same room and connect to each other via Bluetooth. Fun and action are guaranteed!

The app has colorful graphics, as well as a large number of different characters, each of which is very bright and memorable. Perform incredible combos and enjoy epic fights.

Download free shopping mod for real money to get the best equipment for your character in Maximus 2: Fantasy Beat-Em-Up. In addition, you can also enjoy No Skill CD feature.

In the game, you have to go to small villages and cities to fight against many opponents. You are again waiting for a large set of locations, nice hand-drawn graphics, convenient controls and a large selection of elements for pumping. 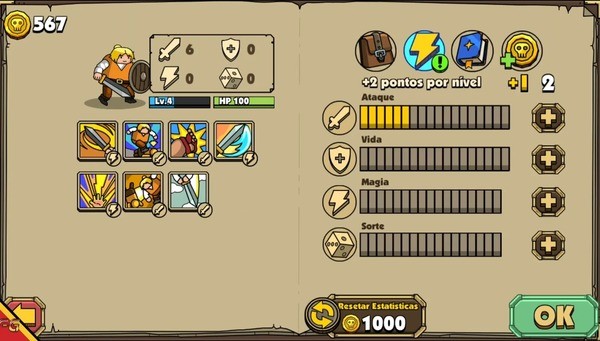 The gameplay of Maximus 2: Fantasy Beat-Em-Up has not changed compared to previous projects from the developer. It still consists of battles and movement through game locations. The character you play has a sharp sword or a wooden club. The choice is not large, but you will get interesting weapons over time. You have to fight with goblins, archers, skeletons, bats and wild animals that attack both from the back and go towards the protagonist.

The whole game consists of dozens of levels with a boss waiting for you at the end. Between battles, it is worth returning to the forge to buy new weapons, improve your character’s stats and learn useful skills.

Maximus 2 is an interesting project in which you will fight against many opponents. Upgrade your hero, weapons and fight other users in multiplayer mode.