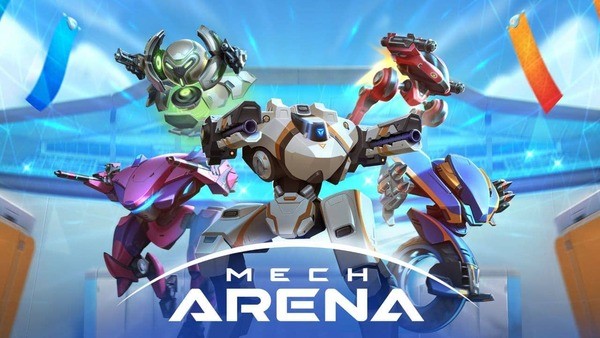 Mech Arena: Robot Showdown is a free project created in shooter genre. All battles take place in real time and have multiplayer, thoughtful gameplay and interesting fights accompanied by excellent graphics. Battles take place in the arena for no longer than 5 minutes. You will be able to fight with various mechanoids. Here you collect your robots, improve and increase your attack. All fights take place in 5v5 real-time mode. Many robots, great weapons and the ability to play with friends are waiting for you. You can find new users or play with old ones. Collect the best teams to win in arenas. If you like dynamic battles, we also recommend you to familiarize yourself with Battle Legion – Mass Battler and FPS Online Strike.

Mech Arena became a real breakthrough in the summer of 2021, as the application has already more than 10 million downloads. The number of users is only constantly growing.

In terms of its mechanics, the project is a typical five-on-five shooter. The modes are standard: team deathmatch and capture of the flag. It would seem that we have seen all this more than once. This is indeed the case. However, whether because of the setting or because of something else, but playing Mech Arena: Robot Showdown is very interesting and exciting. The game is addictive from the first matches. Then you just try to climb the division system, pumping furs along the way. 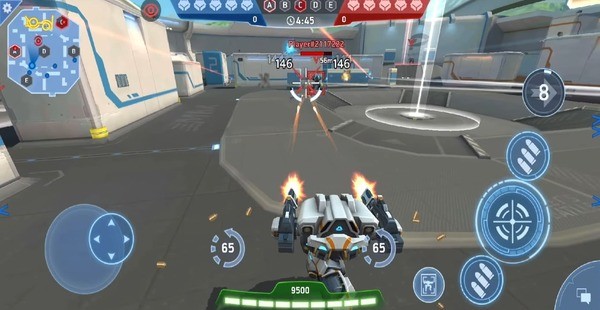 The main tournament is the point capture. Start fighting in a zone where you have to pick up a couple of points. You have to mark them to make them yours. Do you like to watch battles from afar? In this case, it will be the best solution to call a sniper to your group. It is important to note that all battles take place in real time, and if you wish, you can only play with real users. This gives the project dynamics and complexity, because playing with real opponents is much more difficult.

There are four classes in Mech Arena: Robot Showdown: tanks, damage dealers, scouts and something like a healer. Scouts have a high movement speed, but their damage is not so great. Damagers, as expected, attack strongly, but they do not move very quickly. Tanks have a lot of armor and health. Thus, it is important to choose the right class and be able to play for it. Each mech has two types of weapons – they can be the same or different types of weapons. Upgrade each of them, which looks very unusual. In addition, robots each have their own unique skill. For example, a tank can put up a shield that absorbs damage and a damage dealer can temporarily accelerate. All this affects the gameplay and the course of the entire match.

At the same time, if you play with random players, the breakdown by class becomes less important – after all, you can hardly interact effectively. However, if you have a team, then it makes sense to assign roles. It allows you to complement each other and thus win.

The pumping is also interesting process in Mech Arena: Robot Showdown. You can separately enhance each of the two guns or the entire robot. This requires currency, coins and parts. At the same time, when installing weapons, it is important to take into account their energy consumption. If the final figure exceeds the maximum possible for the selected fur, you have to change the chosen strategy. It is also interesting that the cannons are controlled and pumped separately. You can shoot from only one weapon, reload them separately – each of them lives its own life. At the same time, there is a common button to fire from all guns. 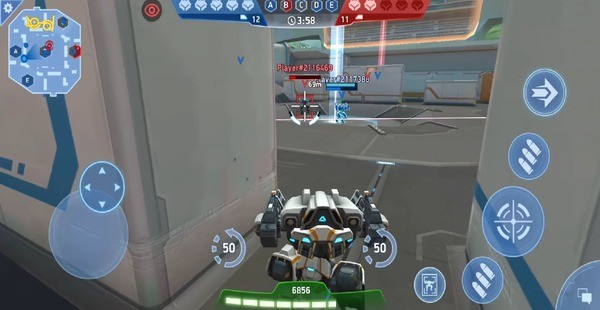 It all starts with a simple tutorial, where you play a couple of matches with bots. They will not give an accurate impression of Mech Arena: Robot Showdown, but it is possible to get general understanding on results. Then, armed with this important knowledge, go to conquer the top of the rating with real players. At the start, only one mode with the capture of the flag is available. To win, you need to score more points than the opponent does until the end of match (time either is limited) or simply destroy all the opponents physically. In our experience, the second option happens more often, but for sure, it is different in stronger divisions.

Mech Arena: Robot Showdown meets the user with three-dimensional graphics and many vivid effects. All battles in the game are colorful and dynamic. All this became possible thanks to a modern picture that looks great on android devices. The soundtrack does not lag behind, which some users separately note in the comments.

To enable the player to fight more effectively, we suggest downloading our Mech Arena: Robot Showdown mod. It gives you the ability to use unlimited ammunition, automatically fire and gives you a god mode.

If you want to use a mod, just open special menu after starting the game. There you can activate the necessary parameters by simply moving the slider to the side.

It is easy to get your first robots: the game gives them free upon reaching the required amount of experience. However, slots for robots no longer open free. To unlock it, you need currency given very generously at first. Use it also to upgrade your fighters. However, the fifth slot requires only A-Coins, which the game does not provide in necessary qualities. The unlocking cost is decent. Therefore, you have to choose: buy a new robot or open a slot. Players who have managed to buy a rare currency have an advantage over the rest, which is not very good for an online project. 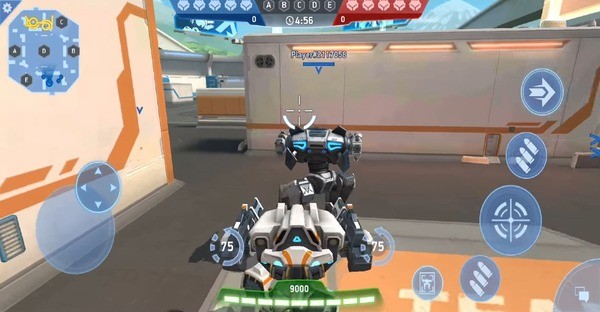 The idea of ​​ Mech Arena: Robot Showdown, which consists in creating a shooter about robots with different classes and pumping, is quite good. It is interesting and exciting to play in the lower divisions. However, there are fears that over time, the gap between donators and ordinary users will grow, so that the latter will find themselves in a less advantageous position. Indeed, to get the fifth slot and more rare robots, you have to spend rare currency. In addition, the game regularly offers certain sets, which include robots for real money. A good robot is the basis of a successful game. Overall, this is still a very high quality game that is definitely worth checking out.

Mech Arena: Robot Showdown is a free-to-play multiplayer game that follows five versus five Mech battles. We recommend this cool project to everyone.