MECHA is an exciting action game where players have to take control of a huge robot and enter the arena with other participants. Battles take place in the battle royale genre, where the last survivor is the winner. As expected, robots have options for upgrades. Change parts, guns, restore health and learn additional skills. The project is available both in single player mode and in multiplayer. All battles are very bright and dynamic. Create your invincible combat mechanism and go to the battlefield to fight with other players. Destroy rivals on a regular basis and choose from three upgrades until you become the winner. We also advise you to download Apex Legends Mobile and Mighty DOOM.

MECHA was released in May 2021 and has the potential to be a very successful game. At the time of writing the review, the game has practically no negative reviews. Its average rating is 4.7 points.

More than 50 models to choose

MECHA offers its players more than fifty different military vehicles with unique weapons. They will make your vehicle invulnerable. Lasers, plasma cannons, napalm, machine guns – this is just a small part of what can be equipped with a robot, increasing its power and speed of fire. You can customize robots not only by equipping them with military equipment, but also by adjusting their appearance. You can choose almost any color, making your mech even pink. 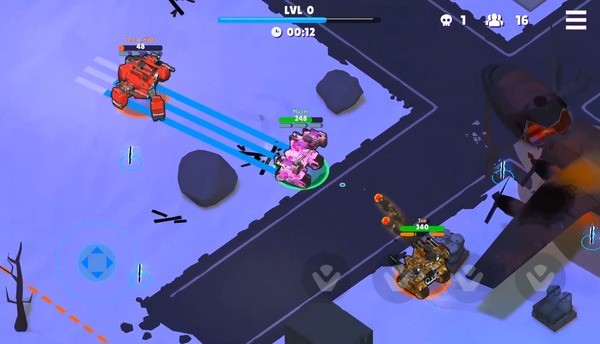 Experiment with different modules to create the best combination and dominate the battlefields in MECHA. Destroy opponents and constantly move in order not to get into yourself. Each robot in the project consists of parts. There are cockpit, landing gear, right cannon, left cannon, top cannon and backpack. Find new items from the chests that drop out to you at the end of successful battles. It is also possible to improve existing modules by increasing their power. Keep in mind that the tactics on the battlefield depend on your choice. For example, the flamethrower is very powerful, but you have to approach the enemy very close. Whereas the machine gun is weaker, but it allows firing from a long distance.

Choose improvements on the battlefield

MECHA fights usually involve eight people. There are special bonuses scattered across the locations that brings you more experience. After gaining a certain amount of experience, the hero increases his level. This allows him to choose one of three improvements. Usually it is instant recharge, life replenishment, increased damage or some other bonus. Therefore, it is possible to win even the most hopeless battle. Just replenish vital energy in time and continue the battle.

Perhaps the most interesting thing about MECHA is the multiplayer. It becomes available to you after you reach the silver league. First, you need to raise the account level to 15th level. The promotion takes place after participating in battles. Until then, you can only fight with artificial intelligence. When you get into the silver league, you also have access to the clan system, as well as daily tasks. Eight people take part in the battles. Playing with real people is much more interesting than with bots, so get to the fifteenth level as soon as possible and plunge headlong into battles. 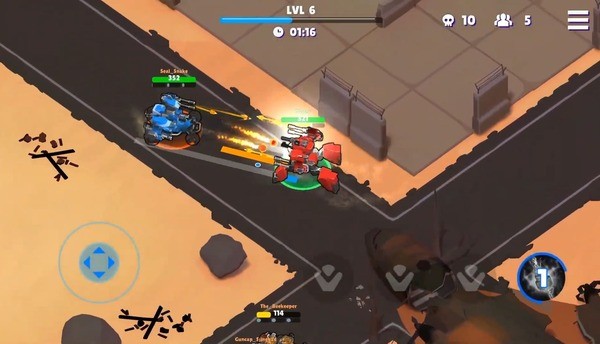 MECHA features nice 3D graphics. All explosions and effects during battles look quite realistic and high quality. At the same time, the project is not meticulous about the media, as the game runs smoothly even on medium devices. The developers have not forgotten about the sound design, adding great audio effects to the game.

We suggest you to download a mod that can help you get free stuff without viewing ads. Just click on the icon with the commercial and receive the item without watching video. This will save you time and hassle.

When starting MECHA for the first time, you immediately head into the starting training battle. There you fight with seven more participants and the game brings you up to date. Pay attention to the lightning bolts scattered throughout the location. Collect them to gain experience. Earn experience is by killing enemies. When you level up, you can choose a bonus. There is a safety zone on the locations familiar to all fans of the battle royale genre. It gradually shrinks, so it will not be possible to sit on the sidelines. Eventually, you will still face the enemy. 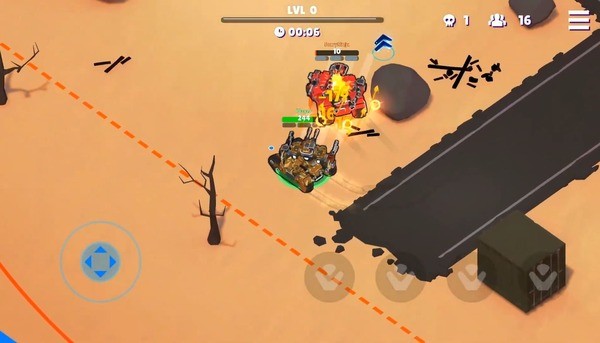 In case of win in the battle, you can get a chest. It can be unpacked immediately for coins or you can wait for a while. There are coins in the chests, as well as improvements for your vehicle. It is necessary to collect a powerful collection of guns in order to compete with real players. Additional reward awaits you upon reaching almost every level: chests, coins, modules for robots.

Number of additional opportunities open ups after raising the league. From that moment on, MECHA will really shine. Here you need to find a clan or create your own, as well as fight with other users. It also opens access to some more modes and features of the application.

MECHA is fast-paced battles and only one winner. Become this hero and increase your rating. The application is easy for playing without donation, so it can interest many users.

How to Install MECHA Mod APK?