Merge Alphabet: Lord Run is a fun project with a merge mechanic. Run through an obstacle course, then fight enemies and merge letters. Start with the letter A, then connect several of them in a row and get the letter B. It will already be stronger and help you in the battle with the same letters of the enemy. This way you move from level to level and become stronger. Many dangers will await you on the way to the battlefield. Get additional letters or lose them, it already depends on your reaction. By the way, this game will suit even the smallest users, because they will be able to learn the English alphabet in this way.

If you want to know the details, then read the review of Merge Alphabet: Lord Run. 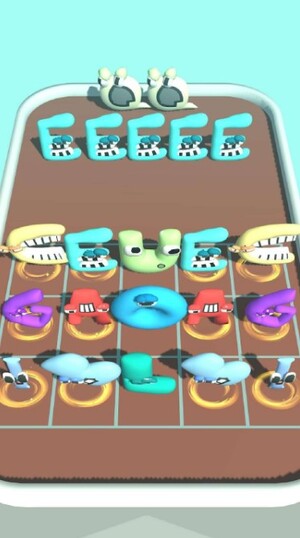 First, Merge Alphabet: Lord Run offers you to run along the track, collecting various bonuses along the way and trying to dodge obstacles. You will control the letter A at the first level. You need to run fast, collecting the same letters in parallel. Thus, collect a decent army by the time of the first battle.

Also, find money or special multipliers that will add you different letters on the road. In general, other games have similar mechanics. Here developers implemented it in a particularly interesting way, because the number of various bonuses invented by the developers is amazing.

The game itself is strategic and very complex. Only this difficulty will increase with each level, because the enemies will become stronger, and there will be more of them. Therefore, it is necessary to take a number of certain actions in order to weaken the boss at the location and defeat him. By doing so, you can receive your reward and upgrade the characters that will be under your control.

The update occurs as opening the alphabet or rather new letters. Use their abilities and combine them together to become stronger during the battle! Complete many levels and get a lot of rewards, as well as bonuses that can allow you to get into the top table. 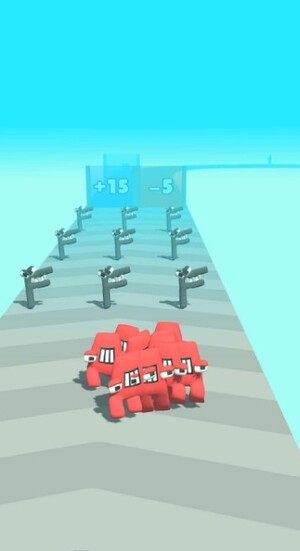 At the beginning of your adventure in Merge Alphabet: Lord Run, the player has only one letter at his disposal. Then you need to connect them and get more and more new ones, thus unlocking the entire alphabet. The further you go, the stronger the army you will have.

The main thing is not to forget that in the end you have to fight with an opponent who will also have similar letters. You need to merge and get all the distant letters, up to Z. This is the only way you can go through the whole game and defeat all opponents.

For a complete immersion in the game, download Merge Alphabet mod APK for an unlimited amount of money. This will help you to receive all the bonuses without any problems. 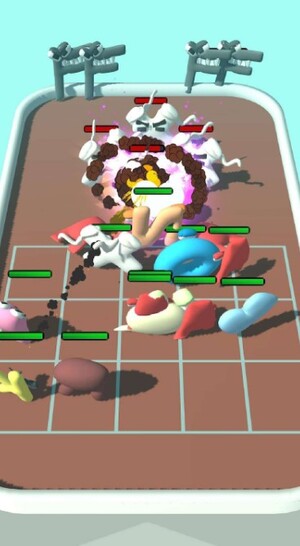 Start your adventure and progress through the obstacle course. Bypass all obstacles, get bonuses and approach the battle with a solid army at your back. Start the battle and win. However, for this you need many identical letters. Merge identical ones located on a special grid and get something new that can be useful in battle. The further a letter is in the alphabet, the more powerful it is. Open new items and use them in your work. By the way, the battles themselves take place automatically, so you will not take part in them.

Merge Alphabet: Lord Run is an exciting project where you will mainly deal with the mechanics of merging. Along the way, you can learn the alphabet, check the reaction and watch the battles of the letters.