Merge Plants 3D-Garden Defense – an idle arcade game with Tower Defense elements where you have to defend yourself from a crowd of angry zombies. A terrible virus has turned all the inhabitants of planet Earth into terrible monsters who want flesh and blood. Only plants that have also mutated but are not ready to accept their fate will be able to stop them. The playing field has a form of squares, where you can place plants. Combine two plants of the same type to get a more powerful one. Each new plant is unique in its own way, not only externally, but also in terms of damage to enemies. The number and strength of enemies increases with each new wave. It will take much more damage to deal with them later. We also recommend that you download Halloween Merge: House Design.

The game component of Merge Plants 3D-Garden Defense comes down to acquiring plants, upgrading them and destroying enemies. You need to collect a detachment of battle plants, place them on the cells of the playing field and deal with all the monsters. 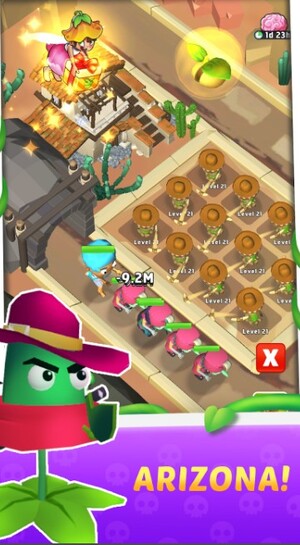 Save the soul seed

You have to act as a defender of a huge field with plants. Or rather, you protect such a precious thing as the seed of the soul. After all, this is the most important and valuable thing that helps to grow huge crops and defeat hunger. However, terrible creatures and monsters will come after him, wishing to steal.

Therefore, you need to take and destroy them with the help of your army of plants, which you can collect and pump for game currency. Earn it while passing levels. Therefore, competently place your plant soldiers in all corners of the map, where the enemy can only pass. Use also special bonuses, or various kinds of improvements that will allow you to become stronger!

Merge plants to get strong units

The gameplay of Merge Plants 3D-Garden Defense consists of levels. On each, you need to destroy all the zombies. Use not the usual guns, but plants for these purposes. Place them at the bottom of the screen, on special cells. Combine the same types of creatures with each other. In this case, players can receive one powerful plant with increased characteristics. The levels include several waves that you can complete only after the destruction of all enemies. 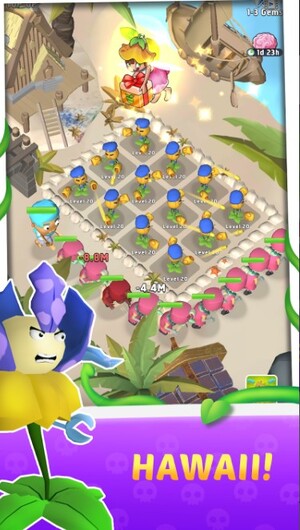 The gameplay is very simple and at the same time interesting. We hire creatures, unite them, destroy enemies, and so on from time to time. Gradually, players will open up rare and epic plant species, which are located in special cells. Win victories and get closer to the main battle against the boss, which destruction can free the planet from the invaders.

Project features excellent and well-animated graphics in cartoon style. The controls are simple and intuitive and therefore you can easily handle it with one hand.

We offer you to download Merge Plants 3D-Garden Defense mod APK for unlimited number of diamonds. You can also get free items without watching ads. 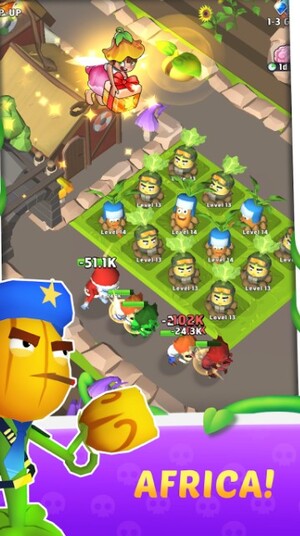 Merge Plants 3D-Garden Defense is a fun arcade game in Tower Defense genre. Take care of a small garden, which is located in the front yard of your house. Here you need to grow the most unusual flowers and plants. They are unusual in that they can fight back and protect your home from the invasion of zombies!

Each plant has its own functions and abilities. Sunflowers, for example, generate energy to develop and grow other plants, while the rest of the plants unleash firepower on advancing zombies. Set up explosive traps, or become an insurmountable obstacle to the enemy’s path. Build a defensive line wisely, taking into account the characteristics of each plant. Try to fend off all the zombie offensive waves!

With each passed level, you will discover new types of plants. Strengthen existing plants right during the game by combining the same types of plants together. Expand your plot by opening previously blocked planting cells and unlock additional features such as faster seeding speed and so on. The game has a huge number of characters and levels where you can have a great and fun time.

Merge Plants 3D-Garden Defense is an interesting game in which you have to combine flowers and destroy zombies. This project allows you to spend time with interest.