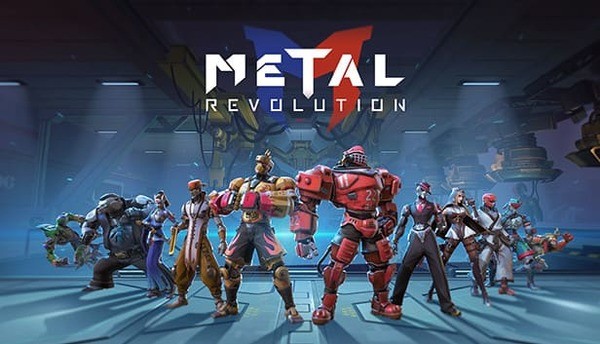 Metal Revolution is a sci-fi and cyberpunk fighting game. The developers have tried to make an intuitive fighting game with simple controls. It has a sufficient depth of battle at the same time. Fight online and offline with dozens of robot heroes. Do cool tricks, and if you don’t succeed, there is always a workout regimen. Unlock and pump new heroes, raise your rating and climb the standings. Use powerful combo attacks to crush your enemy. Do not forget about daily missions and tasks, which will not only bring variety to the gameplay, but also allow you to earn additional bonuses. If you love fighting games, then download also Bloody Bastards and DRAGON BALL LEGENDS.

Read our review to the end to learn about all the features of project in question.

There are three modes available for playing online in Metal Revolution: quick match, ranked and lobby. In addition to these modes, the developers have plans to introduce a team mode for three people. Lobbies in other fighting games are rooms where players can gather for battles. There are no rooms in Metal Revolution. The lobby is limited to playing with friends. Kick-off is a regular multiplayer, unrated game with random people. Ranked matches, as the name suggests, are battles for rating. You can earn in-game currency for victories in quick and ranked matches. 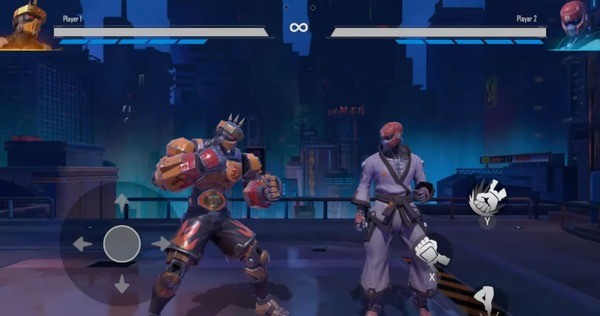 The ranking system consists of leagues, divided into 5 divisions. Open player’s profile to see rating in form of league, number of matches, percentage and number of victories, as well as the most used character. The combat history window contains a list of matches divided into categories: network battles, local battles and collection of records.

There are 16 characters in Metal Revolution. Each of them has in its arsenal regular strike, air strike, anti-air strike, 3 ground moves, 1 with a jump application, Mini Ultimate and Energy Ultimate. In addition, some of them have additional abilities, for example, a second reception in air or air dash.

We recommend starting with Jamal Ritter, who has a versatile set of techniques. For example, he has a fireball, as well as an opponent’s provocation, which allows him to carry out a lightning attack. Among other heroes, it is worth noting Ted Graham, whose techniques are protected by armor, which contributes to a more aggressive game and increases the chances of survival. Graham’s additional ability is aerial dash. Another interesting character Chromeleon is a mixture of a human and a robot.

In general, each character has its own distinctive characteristics. At the same time, one of the heroes has more vitality, while the other can differ in a higher speed. It would be best to try out all the fighters, and then decide which one suits you best.

The developers have added a combo challenge mode to Metal Revolution, which is part of the tutorial section. Each character has 5 challenges, except for Jamal, he has 6. You can turn on the demo and see how the challenge looks like. The combinations are quite simple in most cases and consist of successive presses of 1 or 2 buttons indicating direction up or down. Exceptions are combinations in which you need to use jump or enhanced dash. The difficulty of these combinations lies in the very tight time intervals after jump or dash. 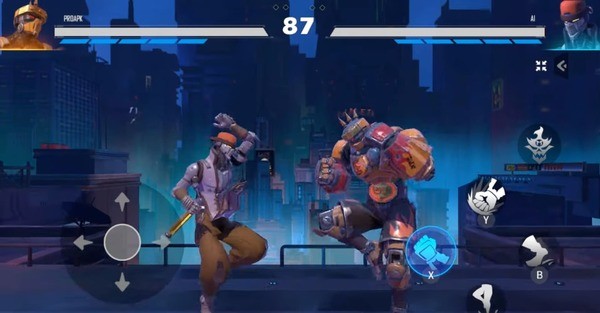 In addition to multiplayer, Metal Revolution offers players cool single player mode. It is great too, because the artificial intelligence is equipped with additional modifiers that increase damage, health, speed and energy. Most opponents actively use all the game mechanics. They can block, parry and confuse the player in every possible way, forcing him to guess what will happen next. It is quite difficult to defeat without preliminary preparation.

Metal Revolution was previously released on consoles, and now the game is extended to Android. Thanks to this, the graphics in the application are at a very high level, although, they differ from PS4version.

Metal Revolution will take up a lot of space on your device’s hard drive. To make it easier for you, we have prepared for you a mod with a built-in cache. Therefore, you can install the application with just one keystroke – just unzip the APK file and wait a little.

Story takes place in the distant future, when it became possible to cybernetic copy of human consciousness. Creators combined this process with advanced robotics to bring real human minds into fully robotic bodies. The entire current roster of characters with the exception of Sophie-IX (fully artificial intelligence) and Kong (biologically enhanced chimpanzee) are human and have or still have human bodies. 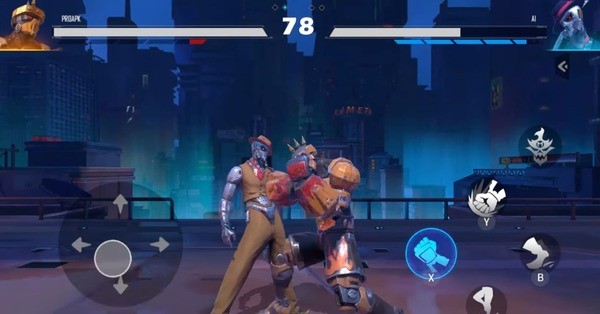 The controls in Metal Revolution are simple. One button for hitting, one for a special move and one for an ultimate ability. The game lacks squats and, as a result, low attacks. The dash and even the jump have own separate buttons. This decision may seem strange and dubious, but you quickly get used to it and do not experience any discomfort.

The maximum distance between characters in arena of Metal Revolution is less than in other fighting games. Most fighters have special attacks in their arsenal that allow them to control a distance equal to half of the arena. At the same time, fighters have very short jumps without reinforcement and walking backward is much slower than forward. This pushes players towards a neutral playstyle and space control.

A variety of defensive mechanics and energy management requires players to plan their game. Parry mechanic that you can use at almost any moment increases the importance of anticipating the enemy’s actions. Many characters have a number of tricks with which you can defeat your opponent. For example, Inari makes his attacks from one stance and opponent cannot know which technique the player will use. The chromeleon disappears before using the move and can attack in the back. Alternatively, the hero can interrupt the use of ability and do another.

Metal Revolution is an exciting and sophisticated fighting game, which has practically no analogues on android. If you are a fan of Mortal Kombat or Tekken series, then you will also like this game very much.