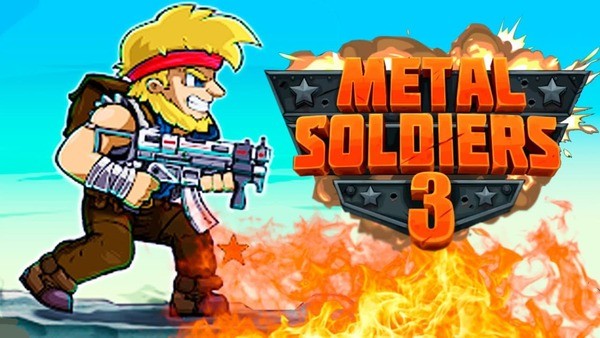 Metal Soldiers 3 is a sequel to the famous game that largely copies the well-known Metal Slugs series. The developers tried to take the best of the famous shooters and transferred all this into their project, making it as epic and literally “explosive” as possible. The levels in the game are constructed in such a way that the player will constantly undermine various buildings, equipment and entire cities to the ground. High dynamics, good difficulty, together with extensive capabilities in terms of destroying enemies, make this game quite popular on mobile devices. As you can see, this application is a platform action game, more like a classic action with 2D graphics and a side view. If you are interested in shooters, then download also Badlanders and Oceans of Steel.

The second part of Metal Soldiers has received over 50 million downloads on Google Play. The third game in the series has not yet gained such popularity, but it is still ahead.

Downloading Metal Soldiers 3 means getting many new features never been seen before in action game. In total, the player has to go through 15 global missions, consisting of ten stages. An insidious boss awaits you at the end of each mission and it will be very difficult to defeat him. 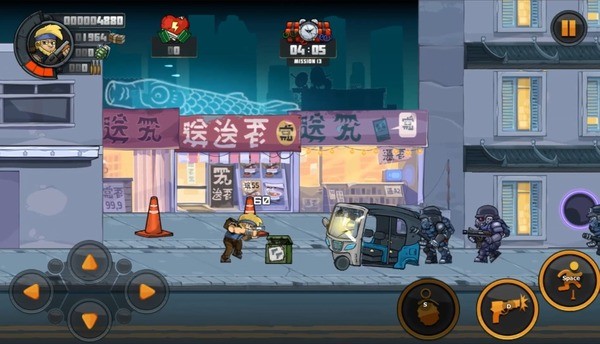 After clearing the level, the player gets a short respite, after which he can begin to advance further. With each level, opponents will become more powerful, their starting positions are equipped with more cunning, while the number of enemies will grow exponentially. The player’s health is quite limited, so the player needs to constantly monitor him and dodge everything that flies in his direction. The final levels require special attention, the opponents there become especially serious and are able to destroy the hero in a couple of seconds.

Huge variety of enemies and weapons

As enemies, you will face terrorists who have brought confusion into lives of ordinary citizens. As a local hero, you need to challenge insidious enemy and eradicate evil with a stream of lead and cold steel. Enjoy the wide range of possibilities offered by the developers. Collect new weapons, upgrade hero skills and equipment. Therefore, you will significantly increase its characteristics and make it invincible to the enemy.

As for the weapons itself, the player is offered several dozen units of small arms, including pistols, machine guns, grenade launchers, etc. You can throw grenades at opponents, but they quickly end. By the way, the authors of Metal Soldiers 3 did not limit themselves to the classic arsenal and armor. In the process of passing, you can sit at tank lever or helicopter helm and use capabilities of military equipment at full power.

Dangerous situations at every turn

The main character of Metal Soldiers 3 risks his life literally every second, because the levels have not may cover places. Therefore, you have to lure enemies towards, fighting at close distances, while simultaneously trying to dodge bullets and shells.

The player must constantly jump on the platforms, while the opponents have already taken their positions and are reluctant to move. They can launch a counterattack, but you must seriously advance into their territory for this. It is worth considering you need to do it quite often. Hero does not have enough cover from enemy fire, which forces him to constantly attack. 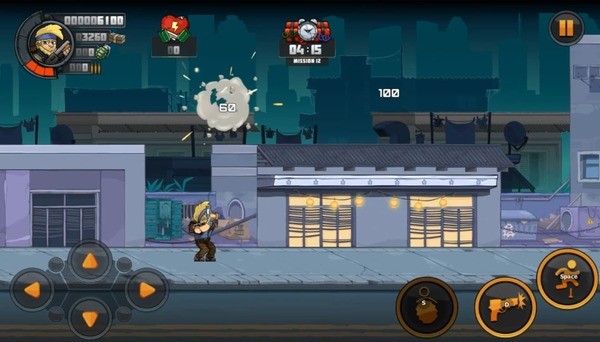 The imitation of retro action games is perfectly visible even in graphics of Metal Soldiers 3. Developers approached structure of levels for modern capabilities of mobile devices. As a result, the developers were able to implement incredibly addictive gameplay. Something is constantly sparkling, exploding and firing back violently on the screen. The player, on the other hand, has to watch carefully so as not to fall into any trap.

In-game currency is required in order to have the best features in Metal Soldiers 3. There is always a lack of it, so we offer you to download a mod for unlimited amount of money.

There are two different ways to play Metal Soldiers 3 – missions and endless mode. Different types of opponents appear in each new mission: ordinary soldiers with AK-47, flying dynamite, airborne troops, thugs with machetes, Special Forces with huge shields and many others. Each of them has a certain amount of vital energy, movement speed and damage. It is worth recalling that the game contains not only living force, but also technology, which makes the game much more varied and interesting. 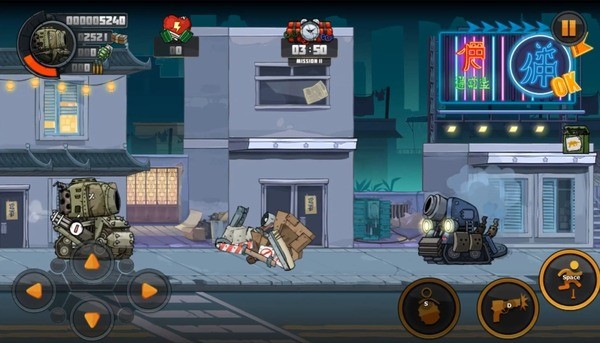 How to deal with them? Initially, our fighter only holds a pistol in his hands. However, there will be boxes scattered across the level. There are many boxes. The main hero can find many types of weapons and shells for them. Weapons are very different, and you don’t to select every type in order to win. One of the important details is the ability to drop any box on head of enemy soldier, and he, most likely, will die. There are also barrels with combustible fuel. Their explosion can come as a surprise to the enemy. As you progress through the missions, you begin to control a tank with enormous destructive potential!

There is also an endless game mode in Metal Soldiers 3. As the battle progresses, you need to select timers that extend your time in this mode. Play here to make money easily for some booster or couple of grenades. Compete with your friends and decide who can last the longest.

Metal Soldiers 3 has incorporated all the positive aspects of retro action games, forcing the player to strain at each level, while entertaining with a huge number of explosions and dangerous enemies. Thanks to such mechanics and high speed of the gameplay, the game will appeal to all fans of 2D action games.