Might & Magic: Era of Chaos is a strategy game for Android mobile devices from Ubisoft. Epic battles for the capture of new territories and castles are already waiting for you. Unite into clans and join the battle to reclaim your own kingdom and conquer new ones. Check out other strategies on our website, such as Random Card Defense and Evo Pop.

Welcome to fabulous and dynamic battle game with a huge variety of different characters and heroes. Immerse in various quests and tasks where you have to test your strategic skills.

A story that deserves praise

As soon as you start playing this truly addictive game, you immediately plunge into events and adventures that make you to learn the dynamic story and go further. The background is familiar enough for this type of game. Your kingdom has fallen in a great battle, and now your task is to unite with the queen and join the battle to conquer the former territories and restore the kingdom. On the way to Might & Magic: Era of Chaos, you discover a huge and wonderful world with a bunch of treasures, mythical creatures and artifacts. 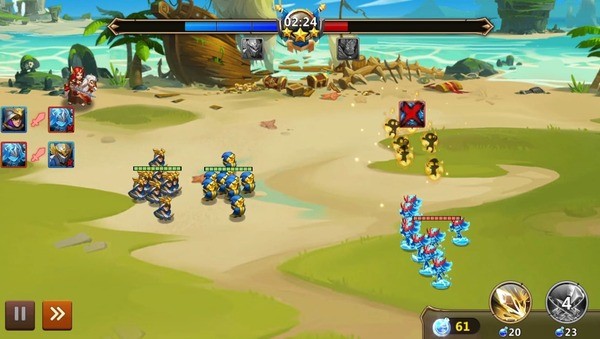 Earn glory on your adventures and lead your people to new battles for your state. Heroes can fight not only physically, but also using spells. You should study the capabilities of each character in order to use them for their intended purpose. The main goal is to defend justice and take revenge on all enemies who once attacked and encroached on your kingdom. Win battle after battle to conquer greatness and glory throughout the fairy world!

Team up with other players

Don’t play solo in Might & Magic: Era of Chaos. Become strong with the help of allies from all over the world. There are no restrictions in this game. Alone, you cannot achieve what an entire guild can, so you should think about it and invite your friends or even find new support from other gamers. Watch your games together, chat and make new acquaintances. The fairy-tale world has never been so real. Developers created various quests dedicated to guilds, where you fight for the best place in the leaderboard. Become the best and receive truly unique and rare prizes that you haven’t seen yet!

There are many different characters and creatures endowed with abilities in the fantasy world of Might & Magic: Era of Chaos. With such opportunities, your battles can move to a completely new level and become much easier for you. In addition, you can make battles more devastating for your opponents, so unlock new characters as you progress through the game. You must upgrade them to make them better and more powerful. These unusual creatures include various griffins, dragons, orcs and many other familiar characters from the fantasy world. Improve your characters and achieve justice in the world of kingdoms and clans!

The graphics in Might & Magic: Era of Chaos have 2D format with stylized anime characters. Colorful and dynamic stories filled with magical creatures immerse you in a world of unimaginable adventures at a glance. The game picture is quite detailed and visually pleasing. Epic music sets you up for battle and charge your morale to the fullest. Excellent sound effects complement the game as well as possible. 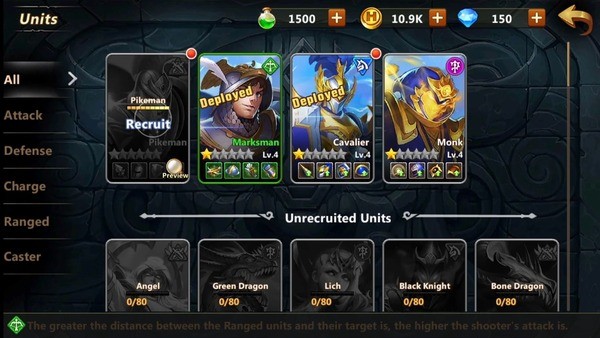 We offer you a new and improved version of Might & Magic: Era of Chaos with a mod for unlimited money. Such a modification definitely cannot be superfluous in dynamic strategy game. You can upgrade your guilds and characters much easier and faster. Make the game more fun and rich with improved characters thanks to our solution.

Our team has tested the modified version of Might & Magic: Era of Chaos on different gadgets and can confirm its stable operation. Unfortunately, this mod is not working on all versions, since the developers are constantly updating the game and improving its protection system. Every day we are trying to find solution that would suit all our users. As soon as our team finds a suitable version for every device, we will immediately publish it. Please follow our updates.

The plot of Might & Magic: Era of Chaos is quite elaborate and interesting. You need to save a fictional defeated kingdom through battles and conquest of territories. During the game, you unlock many treasures, artifacts and meet new magical creatures endowed with unique abilities useful to you during the battle. Learn and apply them correctly to win justice around the world! 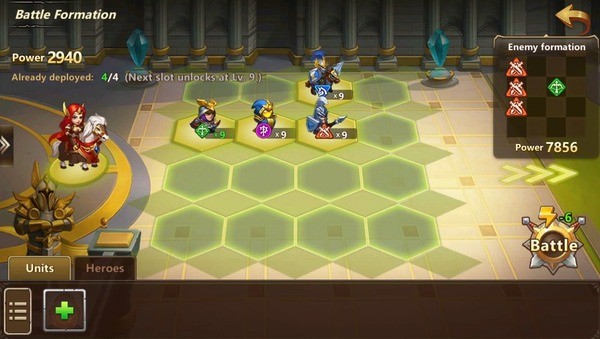 Might & Magic: Era of Chaos is a strategy game in the reality of a fairy-tale world with many magical characters. Take part in battles to conquer new lands and achieve peace on your territories. Spend resources as you wish and open up new opportunities to defeat enemy with our endless money feature.

How to install Might & Magic: Era of Chaos Mod?

Don’t forget to delete the original version of Might & Magic: Era of Chaos before installing our modified version to prevent errors during installation process.