Mighty Party: Magic Arena is a turn based RPG with strategy elements. Inside you have to go through battles with players from all over the world. Find yourself on a field with random obstacles and enemies that you have to carefully study in order to lead yourself to victory. Monsters have unique bonuses that you should take into account when thinking through the tactics of passing. Explore the map and then fight powerful bosses and wizards. Go through the storyline and participate in mini quests. Lead yourself to victory over evil beings. Gather special heroes with special abilities into your squad to have all the strength to fight monsters. If you are interested in role-playing projects, then also download Dungeon Ward – rpg offline and Decisions: Choose Your Stories.

Mighty Party: Magic Arena is a very colorful and exciting game. The project has been downloaded more than 10 million times, while the rating is very high – 4.8 points.

Multiple genres in one

The plot tells about the Lord Guardian of Pangea, who disappeared a long time ago. However, the legend says that one day he will return to restore the greatness of the kingdom. The project allows you to enjoy a fascinating storyline, a huge set of characters and a variety of gameplay that includes several popular genres. 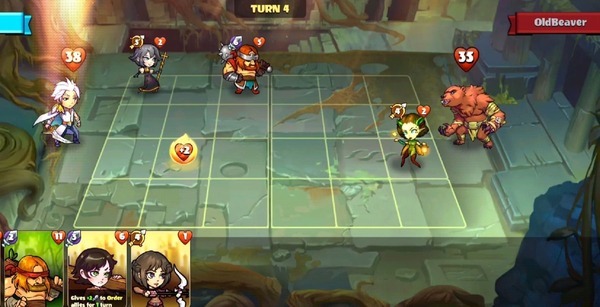 In fact, attribute this application to both role-playing games and action strategies, since here these genres closely intertwine with each other and one cannot exist without the other. Here, the developers have taken the best mechanics of several genres to get a great game.

In most cases, users will be waiting for turn-based battles on the playing fields, divided into cells. The main character of Mighty Party: Magic Arena is located on the left side of the screen, while his opponent is on the opposite side. To defeat the enemy, you need to use cards with a set of unique heroes, placing them on the cells of the playing field.

Characters can differ both in the main type of weapons and in additional abilities. There are warriors, barbarians, archers, mages and elves. Think over every step, combine the skills of the heroes and then you will be able to win in any battle.

Chests will act as rewards for your efforts. Inside the latter, you can find gold and cards with new units. You can spend the accumulated funds on upgrading available characters, or on discovering new heroes, which can be ordinary, rare or epic. Timely pumping of the character’s skills will help to challenge the hordes of enemies. 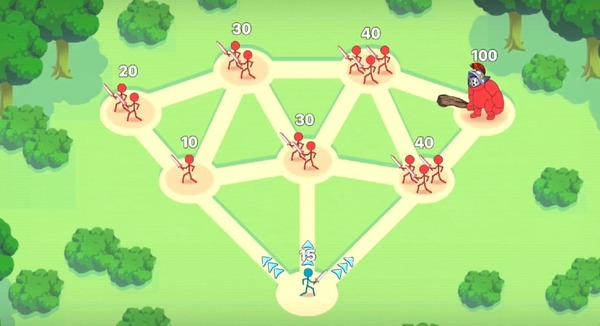 Think over your strategy for each enemy, combining strong defense and lightning attack. Decide for yourself what will be best for you, because the game will provide freedom of action in this regard.

Although it has simple graphics, Mighty Party: Magic Arena is nevertheless incredibly interesting and multifaceted. It is more difficult with sound, as it is practically absent in the application.

Mighty Party: Magic Arena Mod APK for unlimited resources will help you win in the upcoming battles. That is why you should download it.

Mighty Party: Magic Arena is an arcade strategy about battles, where super moves and special abilities are available. Modify characters to transfer them to a new arena. This is an arcade game where Geras is the main character. You have to spend a lot of time on the training ground to train him in combat. Choose equipment and a starting set of skills. Simple tricks will bring victory only at the first stage. When enemies are into cells, it is important to consider every step. 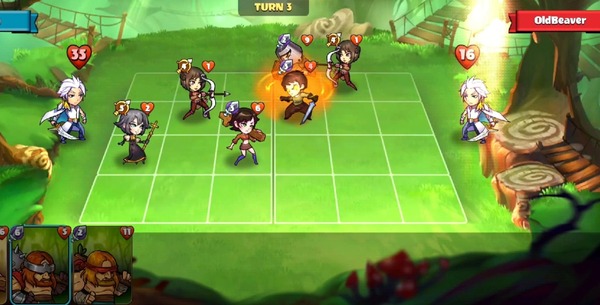 Opponents are able to play from attack or defense. In the first case, the character must use a crushing blow. It turns out to bring down the attack, and then go on the offensive. Enemies acting from the defense can deliver many surprises. They often wait for the hero to make a mistake and then deal maximum damage. Of the main techniques, it is worth noting the traps. For some, it is freezing or slowing down. The right of an additional move allows you to make not one, but two hits.

Only the champion who immediately shows his position in Mighty Party: Magic Arena wins. New tricks make it possible to transfer fights to your own site. When a hero deals a lot of damage, the enemy doesn’t have many options. It is important to pump strong attacks. It could be lightning or floods. Cunning tactics are associated with the immobilization of the opponent.

When the enemy does not have recovery, you can do whatever you want with him. Fast crosses are welcome in the application. This means that the character makes a strike and moves back. As a support, it is better to pump the ability to recover. Such techniques give an excellent increase in the end.

Mighty Party: Magic Arena is a turn-based strategy where you need to think about every next step. You will be able to test their strategic abilities by challenging players from all over the world to a duel.