Mimicry: Online Horror Action – the battle for survival starts right now and you are one of eight people who are ready to fight a monster who can mimicry. He can easily become one of your team, turning into a man and stealthily destroy allies until he finishes with the last one. Run or shoot, the choice is yours, but first you need to find a weapon. Monster pursues and does not give a single moment of respite. In addition, you cannot trust anyone, as enemy can be anywhere. It may be too late when you identify him. Choose a side, as in this horror game you can be both a man and a terrible creature. Try to identify the enemy using voice chat and talking with team members. Customize your character using dozens of parameters, changing not only clothes, but also the face and hairstyle to look original. Download also STARENA and Tower Hunter: Erza’s Trial. 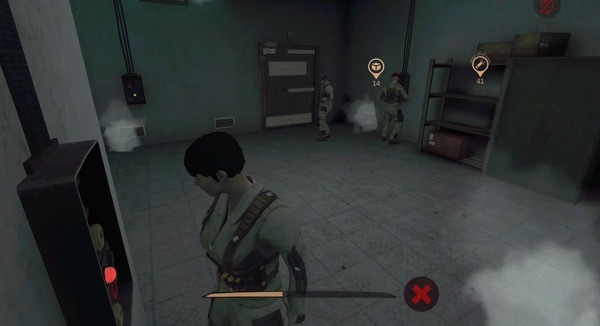 If you like Among Us games, then you should like Mimicry. Read our review to form a more complete opinion about the application.

Up to nine users can play Mimicry at the same time. As you probably guessed, one of them will become a monster. The task of this monster is to kill everyone else or to sabotage the base so that other people die themselves. Main goal of people is to identify the monster and destroy it first. This is not so easy to do, because the enemy looks no different from all other players. However, he can easily shoot you in the back, committing a dastardly murder. In addition, a player who has become a monster always have the opportunity to transform. Thus, he can kill players with weapons or just with his bare hands. The round ends in three cases: when the monster dies, when all people die or when sabotage occurs.

The entire environment of Mimicry: Online Horror Action is fully interactive. You can interact with all the objects that are in your path. It is necessary to find loopholes and shelters, because you cannot show yourself if we are talking about playing as a monster. Pay attention, when you pass by the wires, cut then to engage everyone in repair. This helps divert their attention for a while. Make all actions carefully without unnecessary movements, because only this allows you to save your life for a long time. If you are caught during a crime, you will definitely lose. This is undesirable, because then you have to start over.

If you play as an ordinary person, then you need to repair various wires, as well as complete other quests. This gives you the opportunity to buy time and eventually win.

Since there can be up to nine people in the game, you can easily invite your friends to go on an adventure. Do not forget that there may be much fewer players in Mimicry, but not less than five. For convenience, each user has the opportunity to create a specific room with a password, which allows all friends to gather and have a good time. It is also worth noting that unlike many similar games, there can only be one monster. The task is simple: destroy everyone and stay in the shadows. Sounds simple, but implementation makes you nervous. This is the meaning of the game. 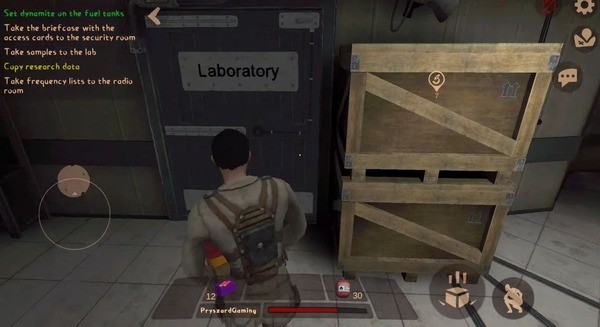 Mimicry: Online Horror Action has very high-quality graphics, which distinguishes it from many similar projects, where all objects and characters are made rather schematically. Here you can customize the hero at your discretion, as well as generally enjoy three-dimensional graphics. The game features a voice chat, so you can always share your thoughts and impressions with other users.

You will see a tab with clothes after launching Mimicry. There you can choose an outfit for your hero, namely: a headdress, a mask, gloves, pants, shoes and a T-shirt. You will not be able to get most of the clothes just like that. It is necessary to spend in-game or real currency. Go to the match after making the choice. Unfortunately, now only one map is available (polar station), but another one has already been announced – the school. 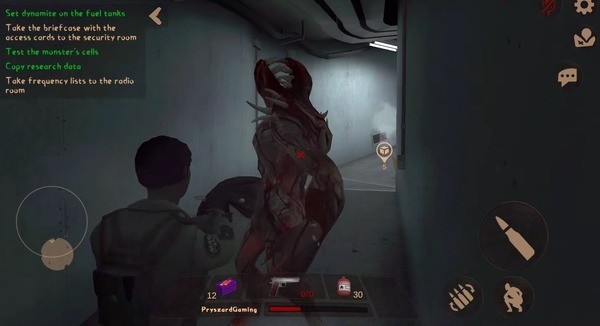 When the game starts, the first thing to do is to find ammo and weapons. It is completely different here. There are both regular pistols and shotguns, rifles and flamethrowers. It is worth saying that the monster has a lot of vital energy, so just shooting it is quite difficult. Further, after finding the weapon, the game will give you several tasks. For example, take the keys to the team’s personal lockers or take the dynamite to a certain place. Fix the wires and heaters to keep your team from freezing at the polar station.

Main location also has many doors that can both save you at a dangerous moment and cause death. The fact is that each player can close any door for 30 seconds. If you do this in front of the monster’s nose, then extend your life. However, if the door is closed in front of you, then you risk freezing in the cold or being killed.

Mimicry: Online Horror Action is a game with familiar mechanics, but high-quality execution. If you like such projects, then you have no right to pass by this application.