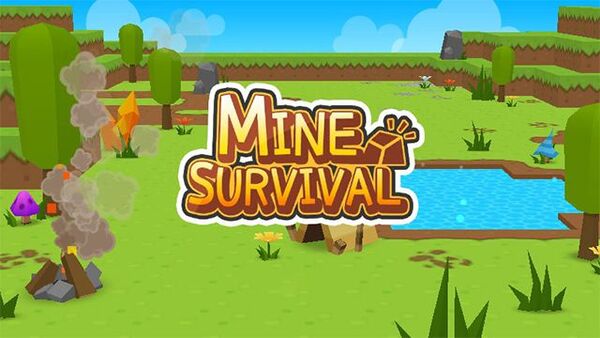 Now, you can find a huge number of games that resemble the famous survival simulator Minecraft. The genre changes slightly: some of them are a sandbox for creating a decorative world and some are still close to the original game. The latter option is more common, but most of these applications acquire new components. One of these games is Mine Survival – a survival simulator, where you can try new features of main protagonist. The project from WILDSODA developers is unique, because such a simulator on Android includes a number of new features not seen in official project. If you are interested in pixelated apps, then download also Blockman GO and Multicraft.

The application appeared on Play Store not so long ago, but more than five million users of Android platform have already installed Mine Survival. The project has fair 4.0 rating. Many commentators complain about the lack of multiplayer, which makes it impossible for them to play with other users. Nevertheless, the adventure simulator is one of the top best survival apps.

Before starting the game, you can choose among several modes at once: easy, normal, difficult, hardcore and Hell. It is very convenient for those who like difficult passage or are just beginning to survive in the game. It should be borne in mind that some modes are pre-locked. You can try them on by playing the latest available difficulty modes. 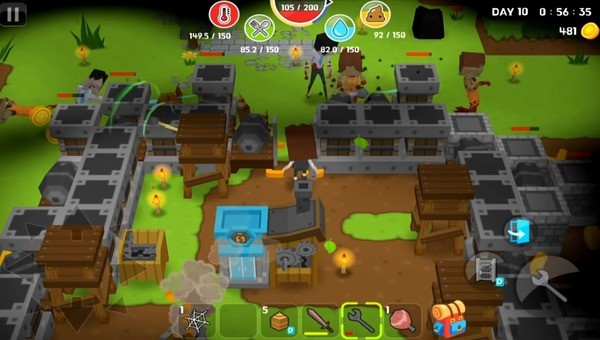 The main goal of Mine Survival is survival in the wild. There are four unique character needs here: temperature conditions, water, food, and health. Player needs to support all the needs so that the main character has the opportunity to survive. To do this, you need to break the base, defend it, consume food and water on time and monitor the health scale.

Craft as you whish

This is one of the most important features of Mine Survival. It is an integral part of the original Minecraft, but here players have more options. You can create not just things and tools, but also entire structures.

Application allows gamers to build own base. Just acquire the skill of building, get the necessary material and spend a certain amount of time. Along with survival, it is possible to build beautiful structures and a cute survival base.

A certain amount of money is available to the player before the start of survival. Use it to purchase a variety of items and boosters: a secret box with resources, a box with a secret, ability to teleport to spawn point and nuclear weapons. Boosters help improve the quality of life in a particular survival mode. 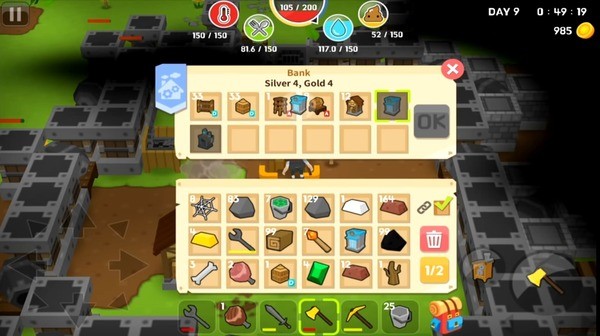 The game uses minimalistic 3D graphics, which makes Mine Survival unique. Find animals and people in a completely new style for survival. Developers harmoniously combined all colors and provided third person camera view. In the background, the player can hear a quiet, unobtrusive melody that does not distract from the game events. All actions of the protagonist have own sounds: resource extraction, food consumption, movement and struggle.

As mentioned above, player spends a certain amount of coins to buy unique boosters before starting the game. Every day of survival provides an opportunity to spend coins and improve the quality of life. This is the main reason why the player has almost no extra money. You can earn coins by playing the project and surviving every day, but more often than not, funds are still not enough. Money go for extra lives, so their number is also limited. We offer you the opportunity to install Mine Survival with a built-in mod that allows you to spend unlimited money.

First, after entering the game, player needs to select the difficulty level. Then, you find yourself at the edge of the forest with many items for the extraction of resources: wood, stones, sand and living creatures. Throughout the entire time, it is necessary to use all the possibilities for survival. The longer the player lasts, the more interesting the adventure becomes. 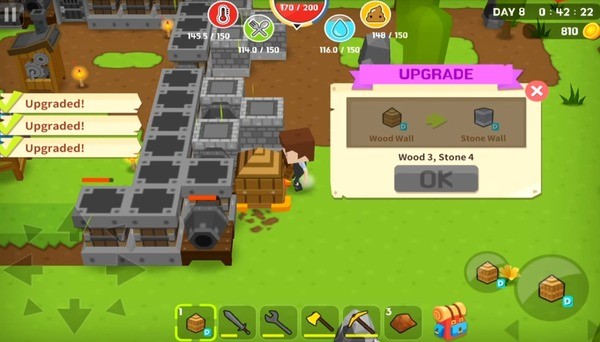 The sandbox universe colorfully depicts the flora and fauna around. Trees, mountain ranges, graceful forest glades, impressive animals, and even insects are everywhere. However, the trouble is that part of the vegetation is poisonous, and half of the local inhabitants are predators. It is possible to understand such features manually only by trial and error (battles, often leading to death). Still, developers provided an alternative – the use of the bestiary. It contains thousands of details for any occasion.

Enchanted Scale is a rare resource not obtained from blocks or chests that appear on the map, but from opponents. You can find such a valuable reward in the remains of Golden Beetle. The drop chance is tiny, and therefore it is worth choosing outside the camp more often and fighting more. Scales will come in handy in several recipes, especially when crafting a legendary sword with increased characteristics in Mine Survival.

Mine Survival is an analogue of the famous Minecraft survival simulator. However, here the player has a number of new unique features that are not available in official game. Here, you need to survive as long as possible in the wild, using the materials at hand for survival, as well as hunting animals and observing character performance.

How to Install Mine Survival Mod?