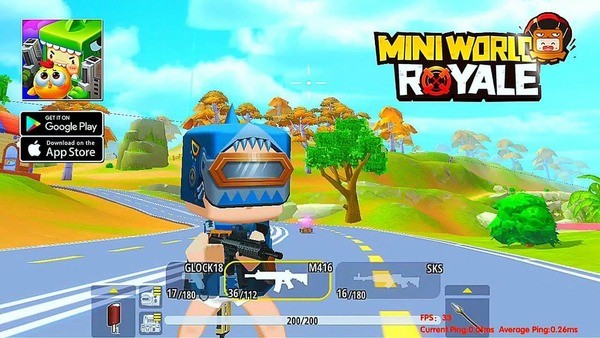 Mini World Royale is a battle royale shooter created by Southeast Asia by MINI STAR PTE Ltd. This is a shareware project and there are no donated items here, only skins. The user has a large arsenal of weapons for different styles of play. As for the gameplay itself, this is a typical battle royale – the player lands in a red flying car and goes in search of weapons. The locations are quite diverse: an amusement park, Egyptian pyramids, mansions and so on. Be sure to look for a blue sword inserted into a stone – it kills on the first strike, but you must try to get closer to the enemy. Download other shooters as well, such as Hunter Assassin 2 and Defense Legend 4.

Mini World Royale is popular with users from all over the world. Now we will tell you why this is due.

Mini World Royale focuses on the so-called Battle Royale. Essence of this mode is as follows. The game consists of matches in which up to several dozen players can participate. Battle begins with an airplane flying over the location that is your battlefield. You can choose when to jump out and control your movement a little in flight, thus choosing the most suitable landing point. It is important to choose the right place to start the game, because you land unarmed and without equipment. Therefore, any more successful rival who managed to find a weapon will kill you right there. 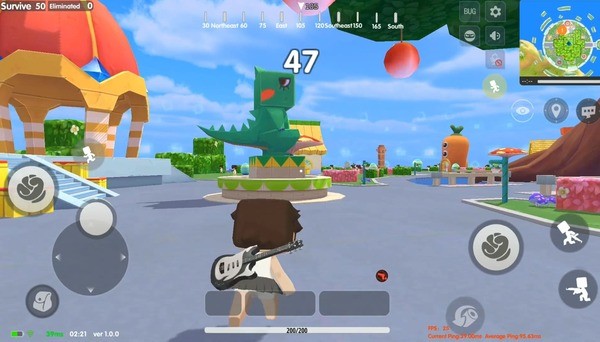 The goal of the entire battle is to be the last one alive on the map. There is a counter on the screen showing the number of surviving players. Over time, a so-called security zone appears on the map. If you do not have time to be in it in time, then you will perish. Thus, the closer the end of the battle, the greater the concentration in the narrowing zone of the players.

Once at the location, do not expect indulgences. The developers of Mini World Royale tried to make the task as difficult as possible for the players. Even the absence of shoes will interfere with your movement, not to mention the complete absence of weapons or body armor. You have to look for all the necessary items and weapons on your own, as there are no tips or pointers here. Therefore, feel free to explore the houses and search every locker or drawer. The more you search the caches, the higher the chances of getting rare armor or a powerful rifle with a telescopic sight.

In general, the arsenal in the project is standard, but there are some exceptions. For example, you can arm yourself with a deadly laser sword or pick up a heavy grenade launcher and inflict massive damage.

The creators of Mini World Royale tried to make the gameplay as difficult as possible. In such games, many gamers prefer to sit in a safe hiding place, waiting for most of the characters to die. This tactic will not work here – at certain intervals, the map automatically shrinks in size, forcing all the heroes to approach center of the map. The developers did so to make the passage faster and more dynamic, eliminating the possibility of sitting out without a fight. However, if the user does not want to get into the thick of things, he can sit to the last in the shelter, and then abruptly run into the so-called zone. 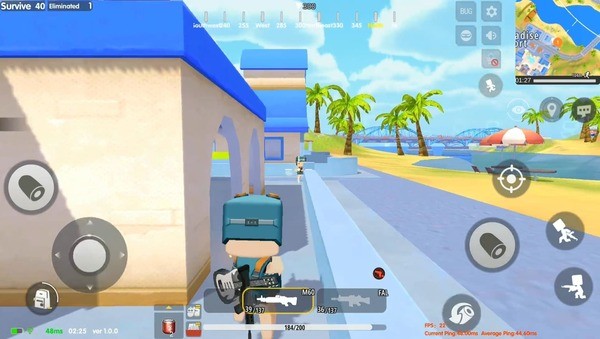 The participants to be sent to the island are selected completely randomly, so the same team often includes both excellent players and beginners who have little idea of ​​where and why to run. To somehow the odds, the developers have provided a little training before the start, helping beginners to understand the game mechanics.

A distinctive feature of Mini World Royale is its vivid cartoon graphics. All the characters here are very small, which makes it harder to hit them. The weapon in the attachment looks more like a futuristic one. Therefore, we cannot talk about the great realism of the game, but this option is suitable for entertainment. Sound is also extremely important, because the user must listen to what is happening around him. Any shot from a distance or even steps should alert you and force you to prepare for a fight.

In-game currency allows you to purchase various skins to emphasize their individuality. Unfortunately, in-app money is hard to earn. That is why we propose to download our mod for unlimited amount of money to make the character the most unique.

Please note that the mod may temporarily lose its functionality, since Mini World Royale is an online game, so the developers make sure everything is fair. If for some reason your mod has ceased to function, subscribe to our updates to keep abreast of all the latest updates and events. 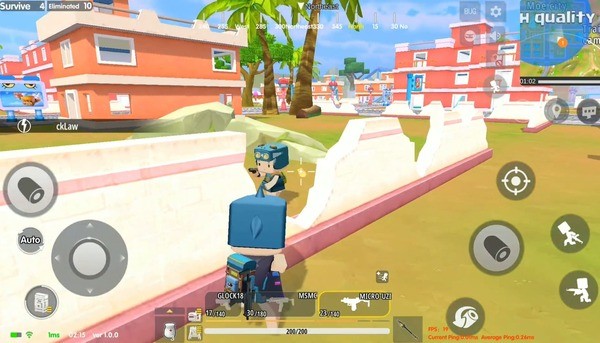 According to the classics, you get to the location by landing from the air. You can land at any point on the map you choose. Despite the simplified graphics quality, all objects in the distance look clear and do not merge with the general location. As for ammunition, weapons and armor, everything is at a high level. You can find sniper and assault rifles, shotguns, grenades, pistols and much more. Among the armor, you can find various helmets that can perfectly protect you from the bullets of your opponents. You can heal yourself with various medicines, first-aid kits, bandages, energy drinks and others.

As it is already clear, the goal of the entire gameplay is survival and rivalry with other participants in the match. Only the last survivor on the map wins the round. For winning the match, you receive a large number of experience points, in-game currency and rank points. Rank points are placed on the global leaderboard of the best players.

Mini World Royale is not a military battle simulator, but it is a fast-paced and addicting game where you can challenge your friends. If you want to enjoy the classic battle royale gameplay, then this project is for you.