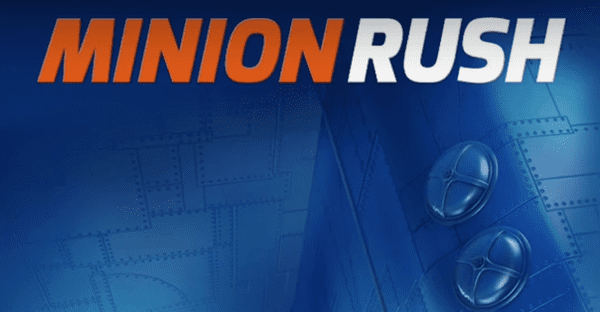 Minion Rush is an addicting runner based on the cartoon universe beloved by millions. The gaming community is already accustomed to the fact that cartoon-based games are either farm-like projects or match-3 puzzles. Gameloft SE studio decided to go further and, having secured the rights to the franchise, created a unique runner that delights gamers for many years. If we compare Minion Rush with other competing projects, then here developers sustained the cartoon style in the most interesting way. During the walkthrough, you can meet all the main and secondary characters of the universe, but the focus is always on funny yellow creatures. If you are a fan of arcade games, you can also try your hand at Angry Birds Transformers and Dig This.

We don’t even doubt that you are familiar with the minions. Find out all the game advantages and start playing as soon as possible.

The entire Minion Rush campaign has a certain number of chapters. You need to collect the requested amount of fruits to start the new one. Each of the chapters takes users to a new unique location, so there is always something new in the gameplay. The game also can randomly select chapters adding a certain variety to the process of walkthrough. 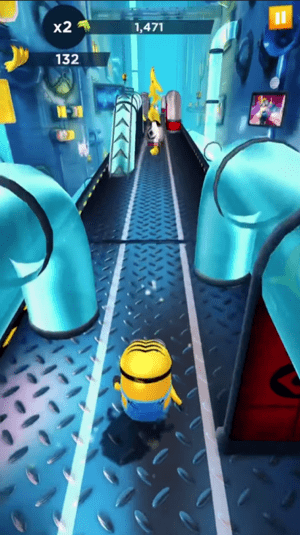 The main currency has the form of bananas. With its help, users can buy very funny costumes to decorate minions. Many of the outfits are already familiar to the audience from the cartoon, but there are also new and unique ones never seen before. Each suit in Minion Rush provides a specific type of bonus. Most often, you can get a bonus for increasing the number of picked up bananas, extending the duration of all improvements and much more. Unfortunately, saving up for costumes takes a long time. Therefore, users can save for clothes they like for several months. An interesting fact: completing some of the missions in a certain outfit can give you an additional reward.

The locations in Minion Rush represent tracks with various obstacles. Get to a three-lane corridor and move freely along each of the lines. There may be various obstacles on the way, so you need to climb or jump over them. These obstacles do everything to prevent players from successfully completing a particular stage. In addition, quite often users come across all sorts of forks that require you to make a choice for the further path.

Buy awesome costumes for your heroes

Costumes are one of the main features of the app. Players can purchase most of them for ordinary bananas, but the rarest and useful ones are sold only for tokens. This currency is on sale for real money, through the donation system. The outfits available only for tokens are intentionally very useful so that you had to pay for them. Nevertheless, the gameplay is fully available without such add-ons, but it is worth remembering that useful bonuses can make the game more interesting. 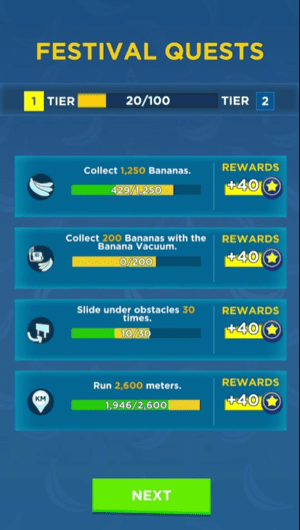 Compared to other games in this genre, Minion Rush has the most detailed graphics, which allows you to admire high-quality decorations and full camera angles. The creators from the Gameloft studio have worked on the graphics with special attention and love. Characters and locations have the highest level of detailing. The soundtrack includes several hilarious soundtracks, as well as cute minion voices that accompany you throughout the gameplay.

As mentioned above, it is very important to use various boosters for more successful completion of level. Its cost is usually too high so you may be required to buy a lot of in-game currency for the next upgrade. That is why we recommend you to download Minion Rush with our mod for unlimited money.

Our team has tested the mod for unlimited money and can fully recommend it for installation. Already at the first game start, you can use almost unlimited amount of resources to purchase necessary improvements. It is also worth noting that we also checked Minion Rush for viruses and malware. The installation file is safe. Follow the instructions below to take full advantage of above-mentioned features.

Few words about the gameplay. The players receive special points In the process of passing the levels. With its help, you can improve your heroes. You can buy them a bicycle or snowboard that makes it easier to go the distance. Minions really like such acquisitions and they prove it with funny emotions that can amuse even the gloomy players.

Unlike other games in this genre, Minion Rush has a very fascinating plot. Developers made their best to provide periodically changed and colorful locations. There is a system of bonuses and awards. Start your adventure run now and face off against the mighty El Maso, Vector and other famous cartoon villains. 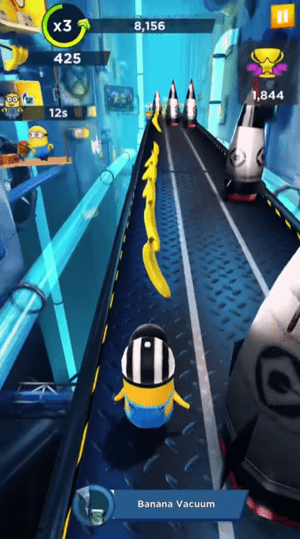 If you would like to play in competition mode with other users, you can find a special gun. The game has a huge number of secret places where you can find all sorts of unusual bonuses that can greatly facilitate the passage. Fly a space rocket or ride a fabulous unicorn.

Minion Rush is a great game for all fans of the acclaimed cartoon or just for lovers of dynamic runners. If you want to plunge into the funny world of minions, then you can definitely like this app. Moreover, here you can combine business with pleasure and play together with friends in multiplayer mode. Collect your favorite treats with a joint company, run at full speed and overcome various obstacles on the way. Compete with other users in various mini-games and thoroughly explore locations from your favorite cartoon. In general, no one will be bored here.

How to install Minion Rush Mod?

Don’t forget to delete the original version of Minion Rush before installing our modified version to prevent errors during installation process.