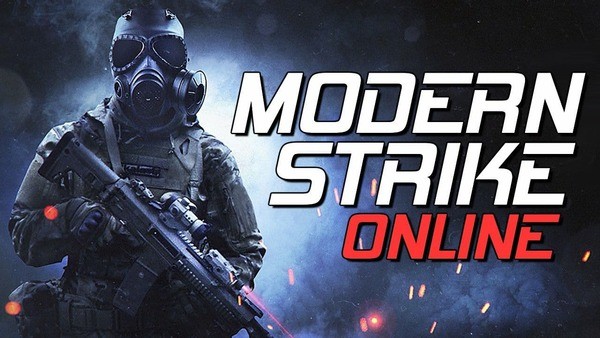 Modern Strike Online is a free game for Android devices from Azur Interactive Games Limited. Choose the side you want to fight for and join the battle. You can play as terrorists or counter-terrorists with the aim of killing members of enemy team. In addition, for shooter fans, our team has prepared an exciting ZOMBIE SURVIVAL and dynamic tank battles in Hills of Steel.

Arm yourself and become a member of a Special Forces or police team against terrorists in Modern Strike Online. Everything is possible in this game, choose a side and join the battle. Kill as many of your opponents as possible and stay alive!

Many types of weapons

Modern Strike Online offers great variety in terms of the weapons choice for battle. Enter the game with the type of weapon that suits you best for the task. Be vigilant and careful when choosing it. The main thing is to evaluate your capabilities correctly in order to aim at opponents with great success. Just like in reality, you need to move your finger to fire the weapon, in order to shoot. Fans of a game like Counter-Strike will be delighted with this variety. Here you can find absolutely everything from a regular rifle to a shotgun or a karambit. There are 50 interesting and unique types of weapons, which you can use to surprise everyone and make you play repeatedly against other users. Deadly battles have never been as real and dynamic as in this action game thanks to weapons and ammunition. Become the best team and open fire on opponents to gain victory over them. 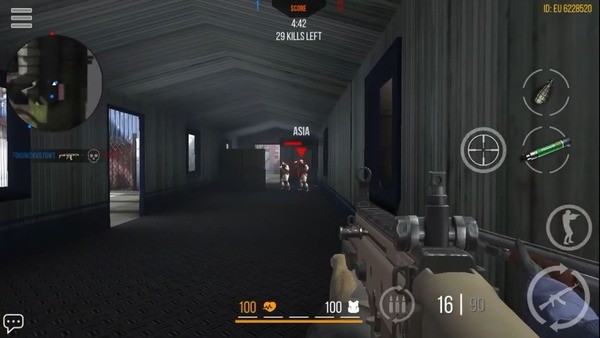 Invite your friends to this addictive multiplayer game and play to defeat, choose teams and reach your goal. Each team has its own goal of the game. If you play as terrorists, then you must place a bomb and detonate everything in different directions. However, if you play as SWAT or Special Forces, then you must get to it before the explosion and neutralize it. During these missions, you go through a battle against an opposing team that defends its own interests. With friends, such a game becomes much more fun. You can play online, sitting in the same room or being in different parts of the world, there are no restrictions. If you’ve played Counter-Strike on PC, Modern Strike Online is very similar to it. The whole process of division and battle between teams is familiar to you. It is not difficult to understand the essence of the gameplay. Call your friends and open fire against each other as much as you like. Become the best player in the leaderboard.

The developers of Modern Strike Online have tried to create comfortable controls during the battle, which pleasantly surprise every lover of shooters and action games. It has never been so convenient to control the gameplay using the touch screen. Use left side of the screen to move your hero, and if you slide to the right, you discover the aiming, reloading and shooting buttons. Everything is quite convenient and concise for this type of games. Use your gadget to the fullest to defeat the opposing team and win!

Improve your character in Modern Strike Online as you progress through the game and battles. With the help of a kind of currency that you earn during battles, you can improve everything you need. For example, with the help of money, you can not only improve your armor and acquire new types of weapons, but also upgrade your firepower or even the team you play. The main thing is not to let yourself stop and develop your fighting power as much as you yourself desire. This game can bring you fun time during breaks at work or rest at home. Call your friends and enjoy the dynamic pastime on your devices. 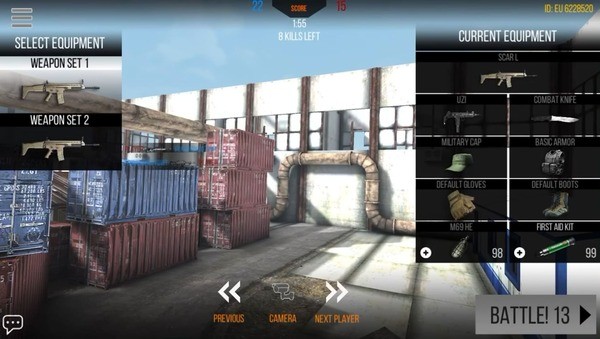 The graphics in Modern Strike Online have the highest level. Developers made their best to detail all the characters, weapons and ammunition perfectly. Such graphics especially appeal to fans of Call of Duty, CS: GO, as it is very similar to these games. Sound effects amaze you with their realism and convey the battle process in the best possible way.

Our mod for Modern Strike Online helps you kill enemy as quickly as possible, because it opens up the possibility to have unlimited ammo and never reload your weapon. The ammo feature is a great addition to addictive gameplay.

After installing Modern Strike Online, you get unlimited ammo in the clip. Thus, you can easily suppress the firepower of your opponent, because you no longer need to reload. Just shoot at the enemy until he falls dead. With the mod for unlimited ammo, it has become very easy to do. In addition, our team checked the game and ruled out the possibility of the presence of any viruses or other programs that could harm your device. Enjoy cool gameplay with our solution and become number one in the game. 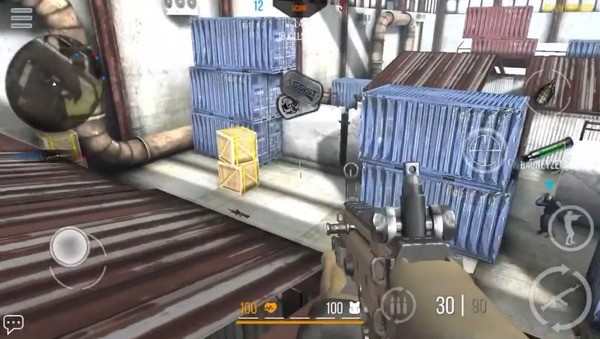 Join the battle, choose weapons and fight in teams against the enemy. Choose the side you want to play. If for the terrorists, then your goal is to plant the bomb, and if you are Special Forces, then prevent this or defuse it before the explosion. The whole gameplay is striking in its similarity to CS: GO and differences in some points, for example, in various modes and game tasks.

Modern Strike Online is an action game for users of different preferences, during which a shootout takes place between teams to achieve their goals. With the help of our unlimited ammo feature, you will never again need to reload your weapon and waste time and resources on it. Make the game much nicer and easier!

Don’t forget to delete the original version of Modern Strike Online before installing our modified version to prevent errors during installation process.