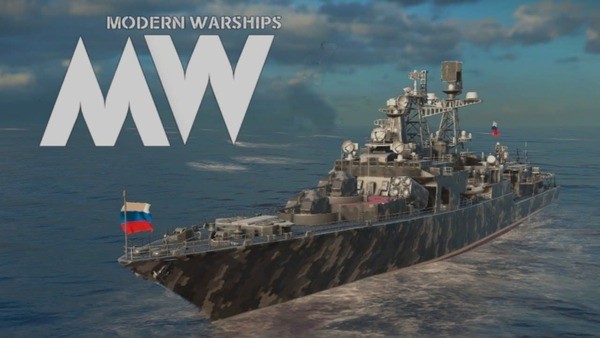 Modern Warships: Sea Battle Online is a mobile multiplayer game dedicated to sea battles with ships of different classes. The players have at their disposal many samples of both real-life equipment and ultra-modern prototypes equipped with the latest military equipment. The app allows players to control both surface ships and submarines and even naval aircraft. In total, the game offers more than thirty units of military equipment, each of which carries a unique set of weapons. Customize all ships to suit your style of play to participate in various weekly competitions. Check also MECHA and Racing Master.

Check out our review for all the details about new project.

Modern Warships: Sea Battle Online begins with a tutorial, which immediately sends you to the battle. All matches have a simple scheme. There are two teams of five members and just fight with each other. Several maps differ in weather conditions and location of the islands. All this affects tactics. In order to win, you just need to destroy the opposing team. Use the guns installed on your ship. Initially, you only have two types of weapons. The first is automatic cannon. It shoots in bursts at all enemies it can reach with no need to control. The second is a set of homing missiles. You need to select a target using the view control to launch them.

Dozens of the best ships at your service

A distinctive feature of Modern Warships is a multitude of ships worked out to the smallest detail. All models have real blueprints, observing all the battle characteristics. By the way, the weapons here are also completely different. Rockets, machine guns, torpedoes and more. Weapons depend on which type of ship you choose. By the way, there are even aircraft carriers in the project! It is up to you to decide which tactics you need to adhere. Choose from a heavy aircraft carrier, huge nuclear missile cruiser or something else. Send aircraft for swift strikes or attack with long-range missiles to prevent you from being hit back.

Develop and improve your fleet

Upgrading in Modern Warships: Sea Battle Online is also easy. Your ship has four slots with two slots for weapons. The other two are responsible for flag and livery. You can buy these elements for gold – in-game currency, which usually drops out free in small quantities. Buy new guns and ships for credits. Their game provides players with quite enough currency, so that active players will not feel lack of anything. However, while mostly bots are opposing us, there is no need for pumping at all. All that remains is to wait for the game to gain popularity and fight real users. Remember that improving your fleet is very important in winning naval battles.

Modern Warships has touch-screen controls and modern 3D graphics. Each ship shows the love of developers and is as similar as possible to its real prototype. The sound in the application also features the highest level, since all volleys, explosions and arrivals can boast of real authenticity.

Download the mod for unlimited ammo and shoot at your opponents without stopping! The mod works only in offline mode!

Our team has conducted numerous tests of Modern Warships: Sea Battle Online mod for unlimited ammo. The mod that we offer for review works as follows. You need to open special menu and then activate the corresponding function. Please note that the mod may experience malfunctions, but we are actively working to provide you with the most stable game version.

You can use a kind of sight in battle – a highlighted area on the screen. It can guide you to the desired ship. After seeing a green circle you can start firing. A set of missiles reloads quickly enough. Therefore, battles in Modern Warships follow a simple scheme. At the beginning of the match, you need to find enemies and get close to them. Then aim at the nearest enemy ship and simply fire at it from missiles until it runs out of lives.

Opponent will shoot back – but only if you are not opposed by bots. Now, you can find enough AI-controlled participants in every match. They are great for learning, but they don’t pose any challenge to player. The battles with them are boring: we just shoot everyone and collect awards. If you are lucky enough to play in a match where all the participants are real players, the project transforms to better. Here you have to think about tactics, because you cannot destroy everyone alone. You need to lure enemies one by one and attack them, using the numerical advantage. The ships themselves also play a role – you can buy new ones and upgrade them over time.

The new naval battles of Modern Warships look very good. However, we can note only a small number of real players, as fighting bots quickly gets boring. Alternatively, there are many advantages: pleasant gameplay, no ads and no donation.

Modern Warships: Sea Battle Online has great potential and could become a very popular Android game. Exciting gameplay, many majestic ships and the possibility of upgrading them will attract new users to the project.