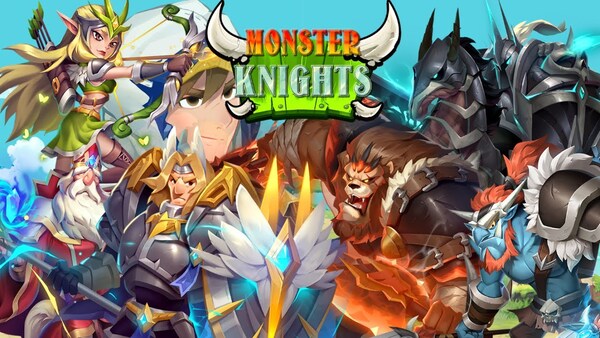 Monster Knights is an exciting RPG from the studio Ely Anime Games. This is an idle project with RPG elements, focused on PvE content. The essence of the game is to destroy hordes of monsters for the sake of loot, experience and equipment for your team of characters. With each level, the difficulty of passing increases, and if you encounter a boss or a mob that you cannot kill in the allotted time, you will have to return to gain strength. The game will definitely appeal to those who love clickers, auto battlers and other idle applications. You need to take into account the fact that the game focuses on battles, although there are also tests here. We also prepared Rage Mage for fans of role-playing games.

Monster Knights is a rather multifaceted game. In order to have a complete picture of it, we recommend that you read our review and then download the application to your Android device. 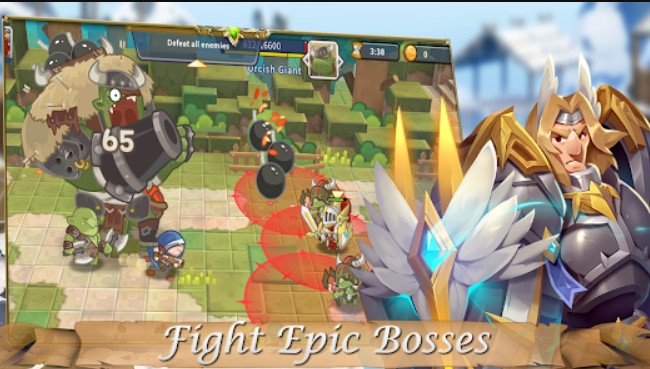 Gather a team of loyal heroes

As part of Monster Knights gameplay, you must assemble a squad of characters of different classes. They attack mobs, and the damage takes a certain amount of the monster’s health per second. To attack an enemy with your character, you need to click on it. If your squad has enough damage, you can simply activate the auto-leveling feature, which will allow you to clear dungeons even when you are not in the game.

None of the monsters, whether ordinary skeletons or mythical dragons, respond to the attacks of the hero and his squad. At the same time, you have a certain time to kill the boss. If you fail to meet it, you will have to try again.

Each enemy in Monster Knights drops certain equipment, artifacts, potions and more. All this will be useful to you in pumping characters. As in most similar idle-RPGs, you can get it if you donate, participate in events or make purchases for a special currency.

That is why such projects are shareware. Additional features include the ability to reset progress in order to start the campaign from the very beginning. This allows you to get additional resources and try again to knock out the right heroes, and not just some random ones.

Try to destroy all the enemies that stand in your way. If you do everything quickly, you will receive additional rewards. From the first seconds you will do everything on your own in order to master all the game mechanics. Don’t forget to constantly buy new characters to make the passage of levels more epic and dynamic. 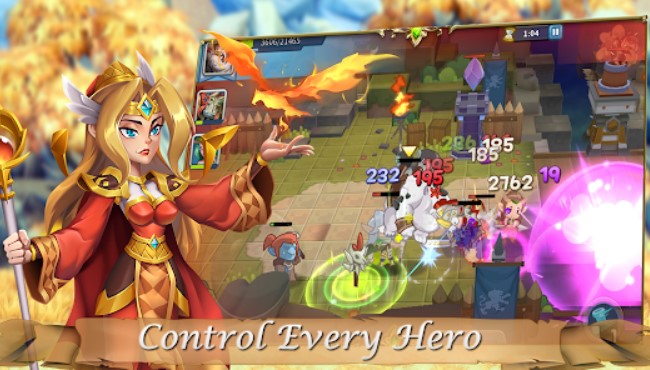 After a while, assistants will learn to get rid of enemies on their own, which will help you just enjoy watching. Don’t forget to upgrade your stats to make your characters as powerful as possible. If you do not improve the performance of the heroes, then you will be stuck at one level for a long time.

To get through all the levels faster, download Monster Knights mod APK, which allows you to adjust the damage level to your liking. You can deal damage to enemy heroes from one to a thousand units.

The gameplay in Monster Knights has a classic division into levels. They have a division into waves, which tells us about the large number of opponents. You have to destroy them to get to a strong powerful boss. Do this all the time until you need to upgrade your character. You need to constantly improve the abilities of the hero so as not to get stuck at one level for a long time. If you can quickly level up, then mastering the plot will be easy. 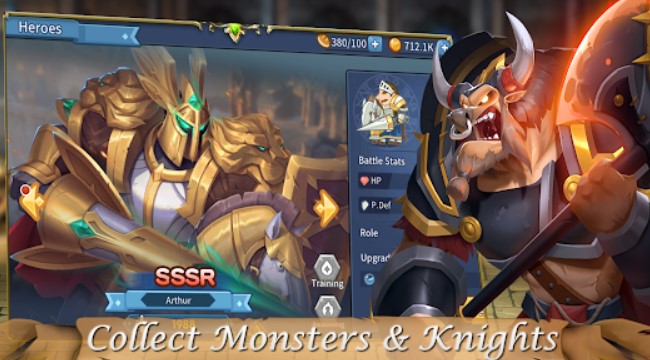 First, you will have one available hero at your disposal. You control only him, but you will not carry out attacking actions. After scattered coins appear, it is important to collect them all. They are required for pumping the main abilities of the character. After a while, a new character will open. You need to accumulate enough coins to buy it. The new ward strikes on his own. All actions take place automatically, which helps to destroy opponents.

You have to form a team of heroes to repel the attack of enemies in Monster Knights. There are many adventures and traps waiting for you in this fantasy game, so it will take a lot of effort.