Monster Shooter: Space Invader is a fun arcade project in which users have to go into outer space and take part in a huge number of battles. If you are a fan of this genre, then do not pass by this mobile game. One day, alien invaders invaded our part of the galaxy. You are the only one who can stop them. Control a spaceship and protect the galaxy from the danger that has arisen. The gameplay is classic for such projects, so you move a warship that fires automatically. Killed enemies drop boosters that allow you to upgrade weapons. We also recommend you download Theft City and Sqube Darkness.

Fight back against entire armies alone and continue your exciting journey, finding out what lies ahead for you. Survive a certain number of waves, killing all the enemies, finish the stage and be ready to start the next one. There are many levels including boss battles, flashy effects and a table with the best results. 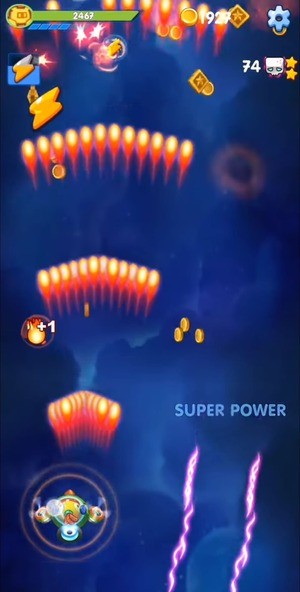 Take control of your own spaceship and try to pass the first difficulties. Move across space, dodge enemy shots and try to destroy the entire army of enemies as quickly as possible. Complete each test with a confident victory and get a good reward. The gameplay is in constant movement, so move forward and shoot at all enemy ships that will meet on your way. There will be no plot or anything else, just go into the game to relax and entertain yourself.

Many unique monsters with own dangers

Monster Shooter: Space Invader offers you to fight in space in aliens and monsters armed with various missiles and other projectiles. You can destroy an ordinary enemy quickly enough, but we cannot say the same about bosses. The ship of a more advanced enemy has several compartments and incapacitation of only one does not mean victory. Complexity increases with each new level passed due to increase in the number of ships of attacking monsters, which are set up very aggressively.

Monster Shooter: Space Invader offers great weapon arsenal. There are many different types of weapons in this game. They differ in firepower, strength and charge range. The more powerful your ship is the more powerful cannon you can equip. To improve performance, you can use boosters that periodically appear on the playing field. Boosters can affect not only attack, but also defense. The energy shield disappears over time. A variety of bonuses will be available to the user at each game level with the help of which it is possible to change weapons and increase their effectiveness. Constantly upgrade your ship. Only in this way can you unleash its maximum potential. 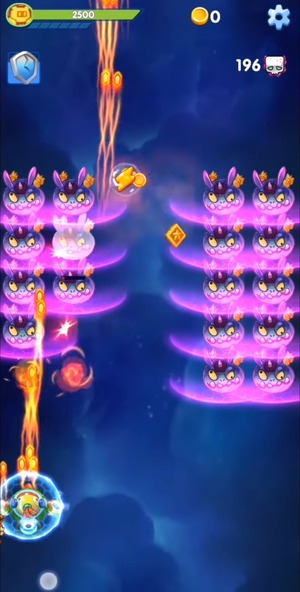 The graphic content of Monster Shooter: Space Invader will delight you with its fun style and various effects that complement each scene. Developer chosen a color palette in such a way as to create an attractive atmosphere and convey all the beauties of the game world.

We suggest you to download Monster Shooter: Space Invader megamod. It gives you several options. Among them are endless money and crystals, unlocked premium features, as well as available free purchases for real money. In addition, mod skips the long tutorial at the gameplay beginning.

Monster Shooter: Space Invader is an updated analogue of the cool action game that was popular on simple push-button phones. The controls and mechanics of the game remain the same, only the design and choice of resources have changed, which significantly diversifies the passage. The essence also has not changed: you control a spaceship, destroying absolutely everything in its path. Ship flies, fires on its own, and you only need to control its trajectory. This allows you to conduct aimed fire at enemies and dodge return fire. There will be a lot of aliens and enemy shells, while the size of the location relative to the ship is not very large, due to which the game has received extremely high dynamics. 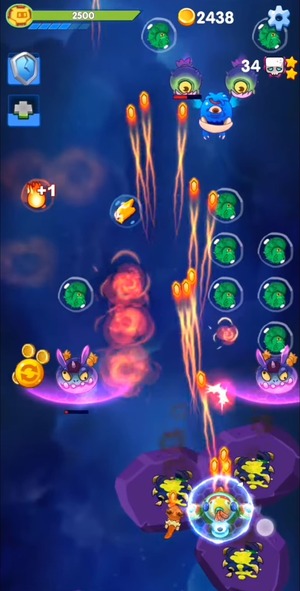 The game has prepared a lot of surprises and bonuses at each level: number of opponents constantly increases. You will be able to collect bonuses that affect the characteristics of the ship. Final battle with a huge boss with impressive amount of vital energy and a powerful arsenal awaits you at the end of each level. To defeat him, use additional damage with higher damage, but use it wisely due to limited ammo.

Monster Shooter: Space Invader will perfectly take your free time. The game has bright graphics and the need to improve your ship constantly. There are also many funny monsters waiting for you.