Monsters Master is a role-playing game from the famous studio CASUAL AZUR GAMES. Pokemon is a fictional character who has superpowers according to the idea of ​​the authors. This time, the developers decided to turn our attention to the role-playing game genre, while diversifying the gameplay with elements of adventure and arcade. We have to go to a fabulous island and try to survive on it as long as possible, while exploring the world around us. Complete tasks and make new acquaintances. However, the action elements come to the fore, because you must assemble a successful team to take part in tactical battles. Fight other monsters and add them to your collection. If you like this genre of games, then also download Crab War and Dig Out.

If you are interested in details about this project, then read our review. 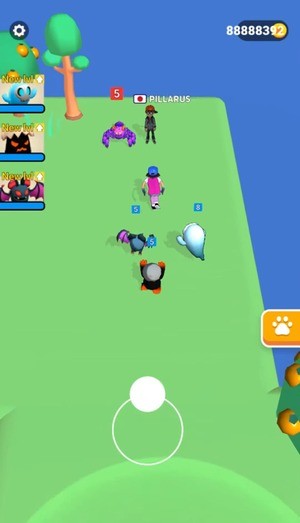 The battles themselves take place here according to the best traditions of JRPG projects. To fight, you need to choose two members of your team and, of course, your main character. The fight takes place in real time. For each character will be given time for which he will be able to make a hit or use superpowers. The enemy also has access to all of the above actions. Naturally, you need to defeat your opponent in order to pass the Monsters Master level. If you cannot defeat the enemy, then you need to go to the center of trainers and start pumping your team. Characteristics of the fighters grow with an increase in level, which has a positive effect on combat power.

Compete and defeat other monster catchers

Monsters Master reveals to you a wonderful world in which those very cute animals with amazing superpowers live. Here you have to move through the story campaign slowly but surely, learning the details of the battles in various locations. Many defeated characters go over to your side, which replenishes the ranks of your brave team. In between battles, you can communicate with the characters. They will tell you funny stories, share useful tips and even give you exciting tasks. The central point here will be battles with other players in multiplayer mode, allowing you to become the strongest and most famous.

Use challenges to unlock characters. You can call new fighters an unlimited number of times, if your finances allow you. Completing of campaign brings in-game currency to spend on upgrading heroes or summoning new characters. As for the heroes themselves, the vast majority of them are Pokemon known to many from the popular franchise. Expand your collection and be active in a variety of events to earn additional Masters. Gather different teams for each individual event or choose your favorite heroes for all battles. It is important that your monster has higher level than your opponent. Otherwise, there is a high chance of losing. 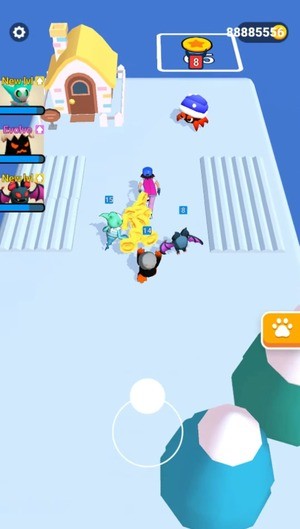 The app has modest graphics, but the battles themselves look quite colorful.

Download Monsters Master mod to plunge into the gameplay without ads.

Monsters Master is another great role-playing game that arrived on Market few days ago. Still, fans of this universe weren’t thrilled. Take on the role of one of the many trainers and set off to explore the vast open world, catching rare creature to make them part of your team. Train to achieve evolution by fighting in battles against other trainers or against wild monsters. In addition to standard activities, such as fighting wild creature and traveling through in-game world, you will meet a variety of game characters who can give you an interesting game quest. Its completing can bring you some consumables for faster pumping of your ward or some game currency to purchase these consumables. Feel free to participate in many local and global competitions with the best coaches in the world fight. However, in order to win a major championship, you will first need to enlist the support of strong monster in order to create a viable team that will be able to cope with any danger.

Monsters Master is another great RPG about monsters and their battles. If you are interested in this topic, we advise you to read it.