Mr Autofire is a game in which you have to walk around and shoot off crowds of aliens who are trying to destroy everything that is dear to you. Choose a character who can help you exterminate all alien invaders and save the world from an alien infection! Are you be able to save the entire population and become a real hero? Shoot everything that moves and defeat everyone you see on your way! In Mr Autofire, you have access to an impressive arsenal of weapons and enemies, interesting and memorable levels. Enemies make you think several times how to complete the next level. For fans of dynamic action, we also recommend Bullet Brawl: Alien Battlelands Shootout and Zombie Hunter Sniper.

Your character in Mr Autofire shoot enemies himself. All you need to do is to move correctly, eradicating universal evil.

A wide variety of enemies

Your enemies in Mr Autofire climb at you from all cracks and from every corner – kill them all and become the hero who liberated the world from extinction. Many different mobs – from ordinary aliens to difficult bosses demanding from you the concentration and endurance of a real hero. A large number of common enemies are available to you – both ground and flying. You fight with seemingly harmless at first glance, blind rabbits, flying one-eyed monsters, whose teeth clearly speak of intent to kill you and ruthlessness. Bosses make you think about how to pass the next level, setting more and more levels of difficulty. Turn all your ill-wishers to dust, improving your hero and discovering new weapons. 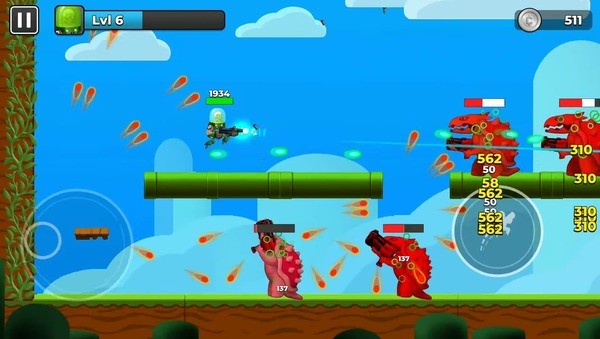 An impressive arsenal of weapons

A large number of different weapons is available to you, allowing you to destroy the alien infection in a variety of ways. You can kill aliens both with ordinary pistols, and turn them into pools of incomprehensible substance with acid cannons. Kill a large number of enemies at once using powerful shotguns that turn everything around to dust. Use the diverse arsenal of firearms in Mr Autofire to prevent alien invasion. Destroy your opponents with the help of a huge amount of energy weapons that allow you to destroy your enemies without leaving a trace of them. They remain only in your memory and you can erase them from this reality by your exploits.

Due to the fact that your character shoots on his own, you are no longer faced with the task of aimed shooting and there is no problem of missing especially nimble enemies in Mr Autofire. However, this does not mean that the game has become easy and you can just stand still. There are many enemies, and bosses who can make you sweat because of their difficulty. Nevertheless, you can still effectively resist any number of invaders and easily destroy all their commanders. Thanks to good level design, you can always work out the optimal strategy for yourself and easily destroy any number of enemies. Find yourself a better shelter and riddle everything you see in your path. Follow the optimal path and break all speed records for the passage of the game. 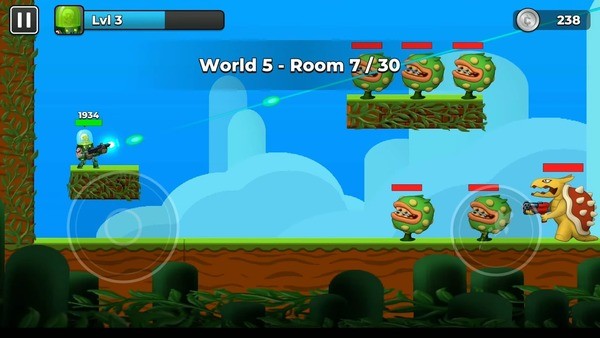 Mr Autofire has nice graphic style, evoking good emotions from the visual component. Well-designed enemies and levels can make you smile. There is variety of different backgrounds and hiding places. A well-designed weapon design and a huge number of various enemies from mobs to bosses won’t leave you indifferent. The sound component also leaves only a good impression of itself. Throughout the game, you can hear different music. It includes driving melodies that help you go through difficult combat moments and soothing music, allowing you to relax. 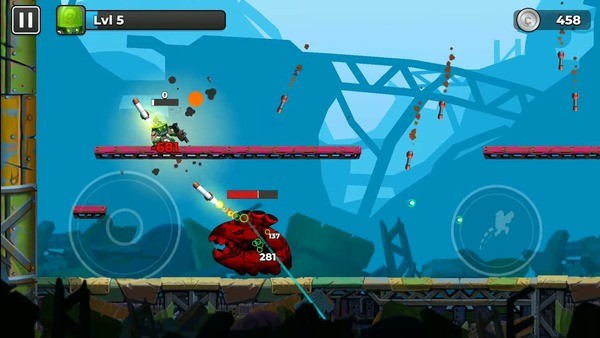 Mr Autofire features a huge number of constantly progressing enemies that try to kill you. Sometimes the number of mobs in one wave can cause real horror – they are almost impossible to defeat. Moreover, some bosses, along with their minions, can seriously slow down your game progress or even force you to abandon the game due to their difficulty. We can save you from such problems by providing high damage mod for Mr Autofire. One more advantage that this mod provides is unlimited money. You no longer need to save money in order to buy cool weapon upgrade later. You can upgrade you hero with the best equipment after the first launch. Moreover, you won’t see ads in the game, as modified version excludes such possibility.

One-shot kill and money mod works simply and clearly – you no longer have to spend a lot of time destroying one monster or boss, now all enemies die from one bullet that hit them. The modified version is safe for your device and you won’t have any problems while using it.

The gameplay in the game is quite simple – you only need to control the movement of your character, getting rid of hundreds and thousands of alien enemies. Your hero shoots automatically, without forcing you to follow this aspect of the game mechanics. Find a better shelter for yourself, the optimal trajectory and strategy of walkthrough and victory will be in your hands. By controlling the movement of your character with swipes, you can become a real hero of this world.

Mr Autofire is a unique representative of the genre, where your hero shoots enemies automatically. The game gives you a lot of drive and good emotions and definitely worth a try.

How to install Mr Autofire Mod?

Don’t forget to delete the original version of Mr Autofire before installing our modified version to prevent errors during installation process.