Mr Meat 2 is a continuation of the famous game about a maniac who loves to hunt his victims. In the first part, the main character managed to defeat the antagonist, as a result of which he went to jail. Time passed and the court sentenced him to death. This event attracted many surviving victims who came to watch punishment their abuser. Among them is the daughter of a maniac. However, everything changed at the last moment, as prison guards disappeared somewhere. The prison was completely empty. Maniac again opened the hunt for his victims in order to finish what he started. Go a long way, solve puzzles and try to get out of this scrape alive.

The first part of the game pleased us with a detailed location of a large mansion, where you could hide and fight. This time the action was transferred to the prison, where Mr Meat had bear the punishment for his atrocities. Gathering all his victims in one place, he suddenly took over the entire prison complex and started hunting again. 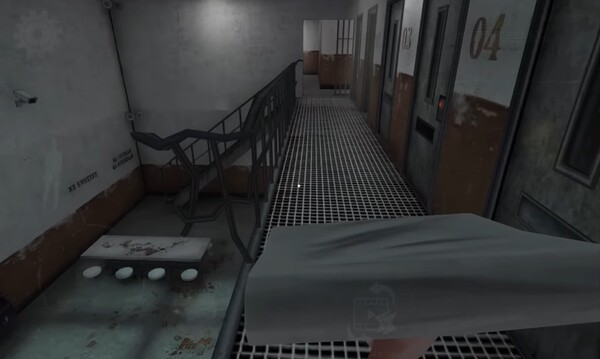 Hide in prison cells, manipulate routes with control panels and try to trap the criminal. Before the player is a huge game world with dozens of tips, items and routes. Around every corner you will find something important and interesting, so study everything carefully.

Did you think that you defeated all the enemies in the previous part of Mr Meat 2? No problem, now you will face new opponents. Not only main antagonist will chase you, but also many of his minions with their own unique features. Carefully study the weaknesses of each of them in order to be on the safe side always. 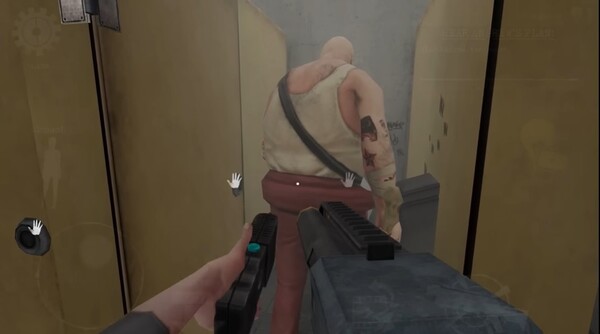 Work out routes to follow with the help of a well-developed and improved route selection system. Find clues and solve dozens of puzzles to find yourself at least some kind of weapon. Enemies are not asleep, and they will always go right behind you. Do not stand still and try to get out of the atmosphere of horror as quickly as possible.

Interact with the outside world

Each puzzle featured in Mr Meat 2 is a carefully crafted system of collecting items and clues. Use logical thinking and carefully study all possible scenarios to find the next element. Even if you fail, you can always use hints, which are now even more accessible.

Special attention deserves a large number of new heroes who will interact with the player in every possible way throughout the game. Help them, complete tasks and help them find freedom along with you.

Tap on the round button in upper left of the screen to launch Mod Menu.