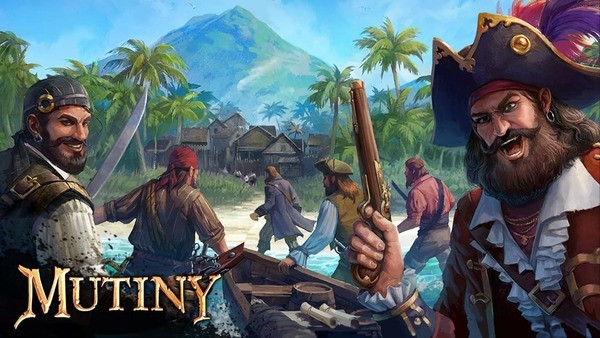 Mutiny: Pirate Survival is an RPG adventure game where player can try on survivalist routine on a desert island. The gamer have to explore them island, find the resources necessary for survival and provide himself with protection, because there are pirates nearby. You with other survivors have to fight for survival, food and necessary items. The first aid in Mutiny: Pirate Survival you get from two sailors, who share the fate of the heroes, finding themselves on the same island. For fans of the pirate setting, we offer Pirates of the Caribbean: ToW. Moreover, our team recommends you to familiarize yourself with Kritika: The White Knights.

Mutiny: Pirate Survival developed by Helio Games is available only to gamers in several countries. In fall of 2020, owners of Android devices were finally able to install the game. In just a month, it has gained over 100 thousand downloads, and its rating is 4.2 points.

How it all starts

At the very beginning of the game, the player enters the island. Initially, he only has the hands and his own ingenuity. We have to collect even the simplest tool from available tools. Even the extraction of food requires some effort from the player. You not only have to find food, but also cook and save it. In addition, the gameplay assumes that the hero needs to be fed from time to time so that he doesn’t lose his skills and resources. Just visit the game at least once a day. During the progress in Mutiny: Pirate Survival, hero possibilities only increase. It becomes possible to build a simple camp and entry-level vehicles on water. Therefore, creating a raft allows you to explore the nearby islands, collect craft on them or seize from gape rivals.

Empire of your own

The developers of the game offer players to create not just their own pirate gang, but also an entire empire! To do this, you have to not only build your own fort and ships, but also seize other people’s possessions. The ability to team up with other players opens up the opportunity to increase your fearsome power as soon as possible. However, in order to maintain leadership positions even in own union, the player have to apply all his logic, tactics and strategic thinking.

Not only items taken away by force can help you in your adventure. Mutiny: Pirate Survival offers rewards both for regularly visiting the game and for achieving certain success in the game. In addition, you can get additional craft by completing tasks and quests, which become more difficult and interesting over the course of the game!

The developers have taken care of the excellent graphics for Mutiny: Pirate Survival. An exciting 3D view opens up in front of the user on every game screen. It is especially worth noting the detailing and rendering of all game elements – everything is very realistic and beautiful. We should separately mention, the animation and special effects – the game runs smoothly, all effects look natural. The overall design of the game follows the golden pirate era, highlighted by detailed characters and actions. The sound in the game doesn’t stand out from the overall picture, serves as an addition and adds sharpness, where you need dynamics.

Our website offers you to download mod for Mutiny: Pirate Survival, which main feature is free crafting. Now, you can quickly create new weapons, buildings, provide food and make the passing of the game more interesting and exciting! However, in addition to this, you receive unlimited item durability, ability to divide single items, purchase items with an insufficient amount of coins and some VIP opportunities. However, that’s not all! Menu includes following parameters:

You can turn them on and off at any time.

We tested Mutiny: Pirate Survival on our devices. Based on the test results, we can confirm the presence of a mod for free crafting and many additional benefits. You control crafting in the game by default, but also you can open menu in the upper left corner of the screen. There you can choose four parameters presented in the screenshot. You can activate them whenever you want. 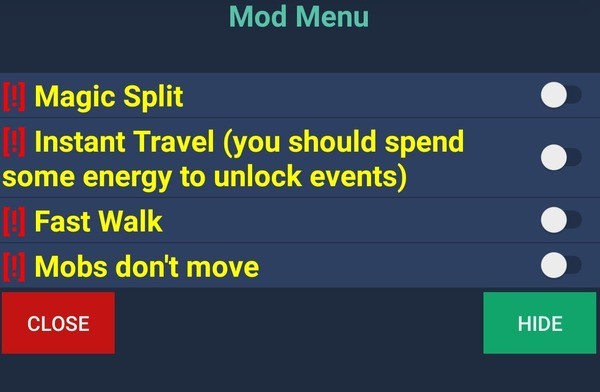 Important! You can get a ban for using the mod. Use it carefully and don’t forget about the possibility of a ban.

Mutiny: Pirate Survival is an adventure started from scratch. On the island, the player and his assistants don’t have food, weapons and tools. Use their arms, legs and brains to get everything. Moreover, the player have to extract the necessary resources and items in battle with pirates or through searches. Collect items to build a shelter, be it a camp or a fort, as well as to improve your combat capabilities. After all, you need to protect your goods! Other players can easily steal everything that the player and his heroes collect and you will have to start all over again. The gameplay of Mutiny: Pirate Survival is pleasant and simple. The game controls are intuitive, all actions are logical and don’t require much effort.

Mutiny: Pirate Survival is a very young project that is rapidly gaining popularity thanks to its bright, dynamic graphics and adventure component, which makes the game incredibly exciting!

Don’t forget to delete the original version of Mutiny: Pirate Survival before installing our modified version to prevent errors during installation process.