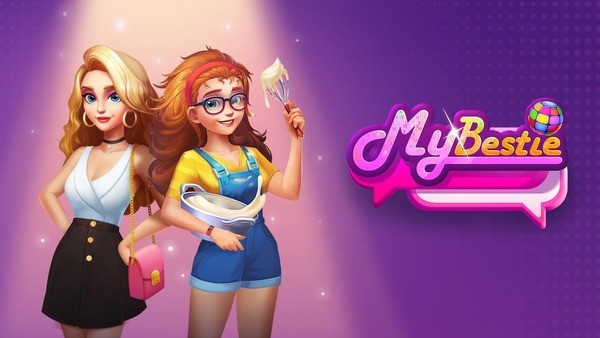 The developers from Ivy is famous to many for its colorful arcade games that have a high rating. Garfield Rush is the most popular game from this developer. However, My Bestie: Match 3 & Episode Choices has recently appeared on Play Store. The application refers to the popular genre where you need to collect three objects in a row. Here you cannot see those usual improvements to the house, garden or design studio. Main plot comes down to relationship of various characters, whose actions depend on the privileges received during mini-games. The plot introduces two girlfriends who decide to take on their destiny and turn their lives into a real fairy tale. If you love this genre, then we have prepared for you also Royal Match, as well as Cooking Fever.

My Bestie: Match 3 is an early access game. Any Android user can try this game by installing the beta and sharing ideas for improving the game with developers. Now the project has more than ten thousand downloads.

Enjoy life of a dream

At the very beginning, you learn about the story details from a short cut-scene. Sally goes about her business in kitchen and hears sudden doorbell. As it turned out, she meets her new roommate – Jessica on the doorstep. It would seem, Sally is not entirely happy with arrival of a new tenant, but this is where the amazing story of two best friends begins. 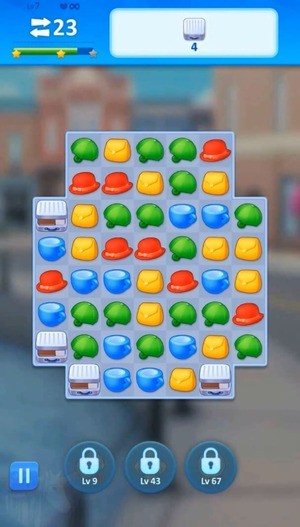 The whole game focuses on choices of the main character: help friends, find the right words and make a right decision. The outcome of the entire story of My Bestie: Match 3, as well as the relationship between the characters, depends on these actions. That is why the player should pay more attention to the elections. After choosing one or another action, you can find out percentage of players who have chosen the same steps.

You can meet a number of unique characters throughout the story, which are part of the animation world. The first character is Sally. She looks rather odd: fluffy unkempt hair, big glasses and simple clothes. However, Jessica is the complete opposite of the new concubine: well-groomed appearance, flawless makeup and fashionable things. However, the deeper you delve into the events, the more you can learn about each of them. The story introduces you to other characters who play a significant role in the plot development.

The story engine is focuses on match-3 level. Every action Sally takes comes down to winning a colorful game. Handbags, umbrellas, cups, hats, mittens and bows become objects for movement. However, each level of the game prepares a new portion of challenges for the protagonist. 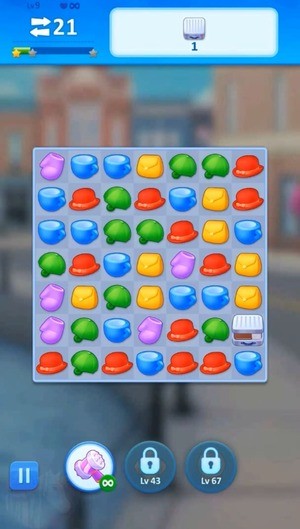 My Bestie: Match 3 features colorful animated graphics, as main characters have unique facial features, hairstyles and clothes. Moreover, you will be able to watch animated cut-scenes with participation of main characters from time to time. However, despite the high-quality graphics, the game needs optimization improvements.

As a soundtrack, you will be able to hear a pleasant unobtrusive melody that appears in both main menu, story mode, and match-3 levels. All dialogue lines of characters are voiced, just like the actions of the mini-game.

Each victory in match-3 level brings a modest reward in form of gold coins. It is also possible to obtain them for completing every fifth level of mini-game. However, most often these sums are not enough, because most of the funds go on improving main character image, as well as on updating apartment. The dressing room opens at the twentieth level of the game. However, it is almost impossible to accumulate an acceptable amount to this level. Players can get an opportunity to install My Bestie: Match 3 with a mod that allows you to spend money in unlimited quantities. 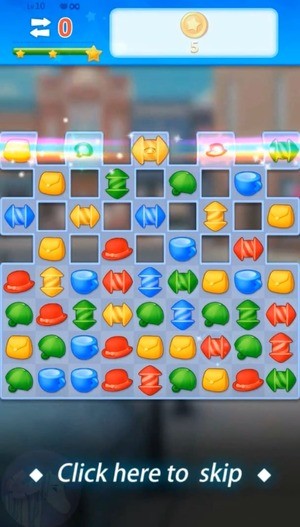 From the first minutes of My Bestie: Match 3, you will be able to enjoy a high-quality cut-scene, which is the beginning of an extensive story. Sally meets her new roommate, Jessica. However, their relationship does not grow together and both go into conflict. The player needs to eliminate the cause of frequent quarrels between two young girls and create all conditions for their reconciliation. Driendship of two concubines depends on each action of Sally, so approach choices wisely. Every point of choice becomes available through series of match-3 mini-games, which become more and more difficult with each level.

My Bestie: Match 3 & Episode Choices allows you to create own story about the friendship of two wonderful friends, whom fate really brought together. Initially, each of them dreams of protecting herself from the other. However, a real change begins in the lives of two young girls with the development of events.

How to Install My Bestie: Match 3 & Episode Choices Mod APK?