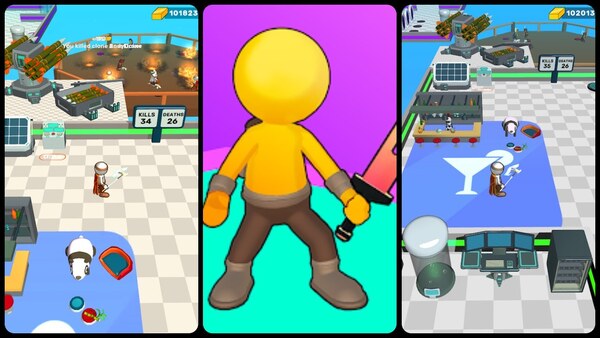 My clone army: me, myself & I is a rather unusual game in which four teams will fight for survival. You will indirectly manage one of them. The action takes place on a large arena, where one of the teams is based in each of the corners. You have to deal with the cloning of fighters, and specifically – yourself. Improve yourself and make all your warriors stronger in this way. Arm yourself with the most deadly weapons and pick up equipment. To do this, you need some in-game currency, as well as a little patience. If you like casual apps, then you can also download My Hotpot Story and Merge Monsters 100 Doors.

My clone army: me, myself & I is a simple yet addictive game from the developer. If you are interested in downloading this application, then read our review. 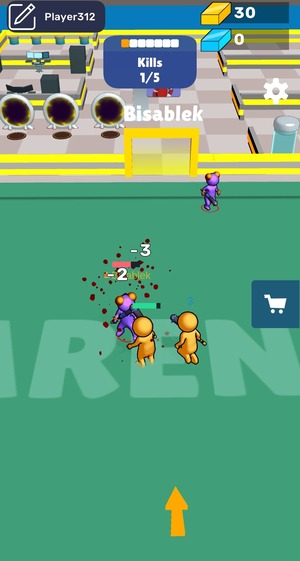 At the beginning of the game, you will be able to unlock one cloning machine, where your copies will periodically appear. They will immediately go into battle in the arena and fight with representatives of other gangs. There are four gangs in the application. You yourself can enter the arena and kill a couple of enemies, but be careful – your character is mortal.

He has a health bar, when it runs out, you risk dying. To prevent this from happening, you will see a healing beam near the teleport, where hero can heal. In the meantime, the fighters will continue to clone and kill enemies, for which you will receive more money.

My clone army: me, myself & I uses the same mechanics as many other similar projects. The player must earn money and unlock new territories with their help. You can also do this by viewing ads. Master new resources and see new technologies in new locations. You can unlock lands in different directions, as the main thing is that you have money.

Since your clones are an exact copy of you in My clone army: me, myself & I, you should take care of equipping and pumping your hero. Do it for coins, as well as crystals (premium currency). Initially, your units go into battle with bare hands, but later you can get a sword, a combat staff, a saber, an ax and much more. The developers have not forgotten about the equipment, because you need something to protect the body of the players. 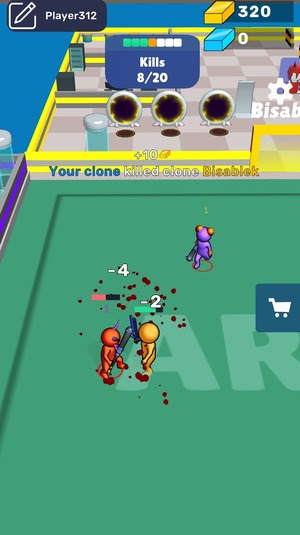 In this case, you need a helmet and armor, which you will be able to purchase over time. There are also buffs, such as adding life energy to your characters. The better you take care of this, the stronger your units will be and the easier it will be to win.

We suggest you to download My clone army mod APK for unlimited amount of money. Therefore, you can quickly upgrade your hero and expand the territory.

The gameplay of My clone army: me, myself & I proceeds as follows. Player clones a soldier of a certain format and sends it to the battlefield to destroy enemy soldiers. If your warrior is defeated, his place is taken by a clone, which completely repeats all the actions of its predecessor, but at the same time tries to go further and figure out the stages of the level that have not been completed. You don’t have to manage clones in this android game. They will work automatically. At the same time, do not forget that their health reserves are limited, which means that time is short. 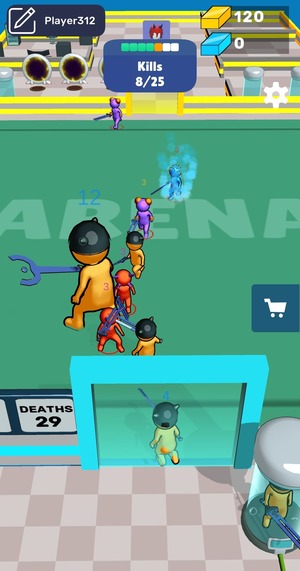 You can also summon a huge clone that will scatter all the enemies in its path. To do this, you need to pay a donation currency – crystals or watch ads. Such a clone is extremely effective, but mortal. He can bring you a lot of money, but he will not be able to destroy enemies endlessly.

My clone army: me, myself & I is a game about clone battles. Earn money, explore new territories and equip fighters.