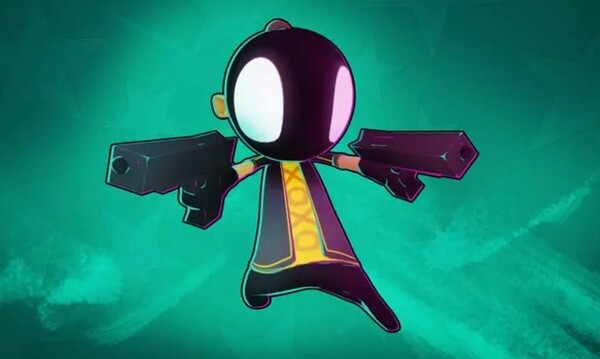 Indie shooters are no longer surprising in a variety of projects in our times. Have you ever killed thugs in a sprightly bloody ballet? Moreover, you need to do it under commands of cheerful banana with a touch of addiction. If you are already interested in this moment, then My Friend Pedro: Ripe for Revenge is for you! The player fights in numerous interconnected levels that last for about a few minutes in a simple, fast-paced side-scrolling shooter. Work your way through completely different objects, while simultaneously shooting endless swarms of bandits just because you can. If you like simple action games, then we can also offer you Stickman Ragdoll Fighter and Magic Rampage.

Read on to discover all the features of the John Wick-style hurricane action game.

In total, My Friend Pedro: Ripe for Revenge offers to clear three areas: bandit Old City, territory of Garbage Pirates and the Closed Forest, where Sect of Singing Mushroom Witnesses settled. The villains who settled in these hot places have kidnapped members of Pedro banana family, so we have to restore justice. 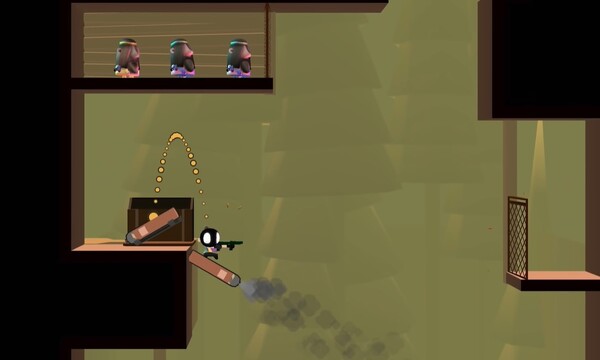 Earn as many points as possible

Clearing every location from opponents, you strive to do this as effectively and efficiently as possible. My Friend Pedro: Ripe for Revenge is pushing for this. With each kill, a multiplier grows, increasing the points earned. It decreases over time. To stop this decline, you need to get the next enemy in order to get the coveted three stars for passing

Fight against tough and unique enemies

The developers perfectly understand when it is worth throwing something new so that the player does not get bored. First, the hero breaks through the crowds of the same type of bandits in multi-colored jackets. Then automatic turrets, homing mines and Special Forces, who suddenly descend on the ropes from above, joining the fun. Sometimes enemies use such firepower that just running, shooting beautifully in slowdown, does not work. Then you need to turn on tactical thinking and figure out how to mow down enemy ranks more efficiently.

Solve puzzles and use skateboard

At later stages, developers added puzzles to the shooting: shoot the lever, press the button and temporarily turn off the death ray in order to have time to slip along the narrow corridor. The main thing is to perform strictly defined actions correctly and clearly. 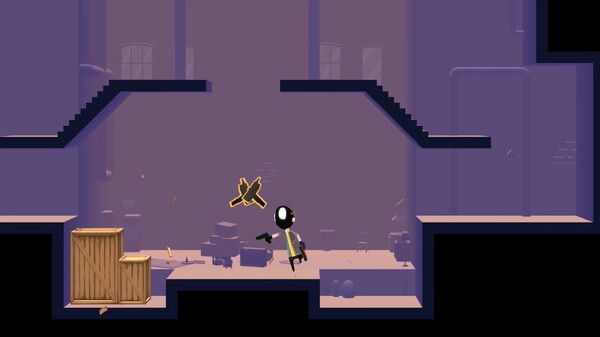 How do you like a combat skateboard? It noticeably speeds up movement, so you can deftly fall on the head of gaping enemies, and then, in slowdown, beautifully shove the board into the face of the enemy.

While the gameplay draws attention to itself, My Friend Pedro: Ripe for Revenge has a lot to see beyond the spectacular combat. The developers did a good job on the backdrops: sometimes you want to stop and take a closer look at the environment, even knowing that precious time and points are at stake. The music perfectly fits the action: industrial ambient sets the rhythm to what is happening and helps to feel how one should move in this deadly ballet with arms in hand.

Some users attribute the chosen monetization system to disadvantages. Accustomed to the existing shareware system in many games, they were not ready for what the publishers from Devolver Digital implemented. My Friend Pedro: Ripe for Revenge is completely free and all content is available to players, but there are no save points between stages. Having lost a life or left the game, you have to start over.

This is very inconvenient and annoying. We propose to solve the problem by installing our mod, which opens access to the premium version free. This way, you will be able to save between levels, so as not to waste time playing through the game again.

Moreover we ofeer you special menu, which includes several options in a row. Get unlimited ammo with no recoil, use one hit kill feature, stop timer and even kill alll enemies on a level.

The main character under our control parkours through the levels, shooting opponents from unthinkable positions: in flight, on a rope, on a skateboard, from closed positions, using a ricochet from a frying pan or a metal shield. Mobile version of My Friend Pedro is similar to version for PC and consoles in this part of the gameplay. Moreover, some fragments of the levels directly migrated from there.

After clearing the area, the main character gets on a motorcycle and goes to the next one in order to return freedom to the banana family, jumping over and dodging obstacles and shooting enemies. 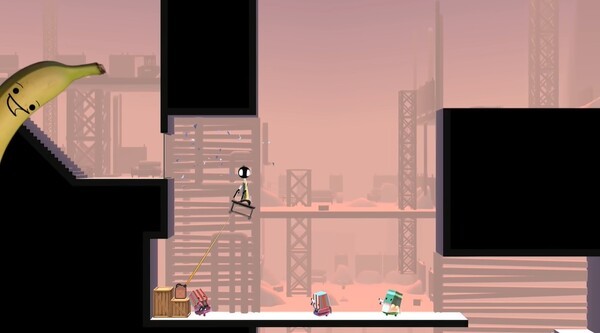 Comparing My Friend Pedro: Ripe for Revenge to PC and console versions, one cannot fail to note some serious simplifications. Classic version boasts of adrenaline levels, which constantly kept in suspense and required a good reaction. On smartphones, My Friend Pedro has lost its former hardcore and become more reminiscent of Cookies Must Die. Nevertheless, the main feature of the gameplay remained. As in the previous project about Pedro, you need to kill, kill and kill. This is by far the best part of Ripe for Revenge.

Fans of hardcore can try a “Fever” mode, which provides with so little time for passing that it simply does not remain for unnecessary body movements. Consequently, the gameplay brings joy to both casual mobile gamers and hardcore gamers.

All 36 levels last at least a couple of hours, leaving a burning desire to continue despite the fact that the plot is over, the bananas are free and gangsters are dead. If you play the free version, then you will have to spend more time, due to the monetization options, but there will be no more gameplay. Alas, it remains only to set records, get achievements and go through everything again in the hardest mode.

My Friend Pedro: Ripe for Revenge does not hit with crazy technology and does not offer a complex story with deep character evolution. You will not find here a thoughtful, rich in details and logically verified world. This is an almost pure gaming concept – but it works great and is a cosmic pleasure. Imagine your favorite childhood side-scroller teaming up with Max Payne. If you cannot imagine, just believe us – this is a great combination.

How to Install My Friend Pedro: Ripe for Revenge Mod?