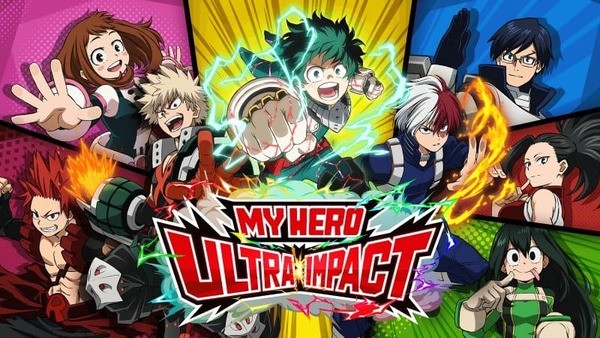 Characters you know and love once again collide in relentless My Hero Ultra Impact battles using unique skills, punch combinations and killer combos. Go head-to-head with challenging opponents from around the world as you face off in the arena and rise through the ranks as the best warriors on the planet. Develop characters and unlock new abilities, showing real movements of master on the battlefield, ending the battle with a spectacular fatality. Enjoy superbly rendered comics and go through a solo campaign scenario to stop a powerful organization that calls itself the League of Villains.

Get to know the team members by getting to know each one better. Challenge rivals from all over the world to prove your superiority in a quick but colorful confrontation, rolling next enemy around the arena. Interactive controls, graceful physics and breathtaking drawing of each movement guarantee the pleasure of the gameplay, along with the characters traveling through a magical and dangerous world. If you are interested in this gaming universe, then also download My Hero Academia: The Strongest Hero.

If you like anime and games based on this genre, then we advise you to pay attention to My Hero Ultra Impact.

The game has several modes, but the main one is the campaign. To pass it, you have to win many interesting battles with opponents. Before the fight, you can choose an assistant. Next, choose the heroes, their placement and special cards that equip the characters with skills. Three warriors can participate in the battle and two more will be as spares. They are ready to go on the attack for you at any time. You just need to change their places with the main ones.

All heroes in My Hero Ultra Impact are from this game universe. The battles themselves take place in turn-based mode. Each hero has a normal ability, additional ability and ultimate ability. Ultimate also has an assistant. First, all your heroes attack and then all opponent’s units. In addition, the battles consist of waves. It is necessary to cope with the first wave of heroes in order to challenge the second. You will receive valuable rewards for winning battles.

Gather a collection of epic heroes

My Hero Ultra Impact has many characters to level up. Here they are divided into three types of rarity. There are also special cards that can strengthen the heroes. Get characters c from game showcases. Heroes can upgrade their level, skills, as well as their special branch with skills and parameters. The game has many different tasks, including daily ones. When you complete these quests, you will receive special tickets. You can just call heroes for them.

Open the skill tree and select the ones you need. Increase the speed of the hero and improve his vitality or power. In total, there are about a hundred skills in the branch, which you can improve for resources obtained in battles.

Immerse yourself in the gaming universe

My Hero Academia is a superhero shounen anime released in the spring of 2016 by Bones. Consists of thirteen episodes, based on the manga. Actions take place in a world where at some point children with unusual abilities began to be born. Creation and control of fire, manipulation of gravity with help of touch, engines in legs, mutation into a frog, sticky balls instead of hair – all this and much more began to be called Quirks. Several computer games come around this plotline, including mobile My Hero Ultra Impact. Here, you can meet many familiar characters if you are familiar with this universe. Get a chance to interact with characters and change course of history in the project.

The game features anime style with 3D graphics. The image is extremely bright and colorful. It is also worth noting the high-quality sound design, as in all games in the series.

Walk streets of the city, whose inhabitants has various superpowers, but not all of them have good intentions. Fight the villains who threaten the safety of not only this place, but also the whole world. Gather your favorite characters from My Hero Ultra Impact universe and create a patrol squad of them. Heroes communicate with the locals in their free time from battles. Train, develop a branch of abilities and arrange competitions in the arena, engaging in 1v1 battles with other players in PVP mode. 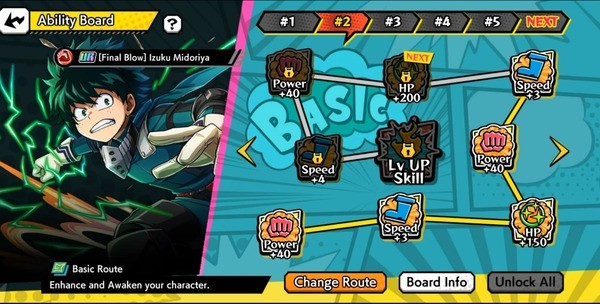 Help the heroes reach the pinnacle of mastery and not one enemy can resist your onslaught when you gather in groups and attack a difficult enemy along with the players. Complete daily quests, scenario stages, fights with computer bosses and much more, earning drops and reputation. It boasts of handcrafted graphics and effects, as well as daily events and rewards that make you visit the game every day.