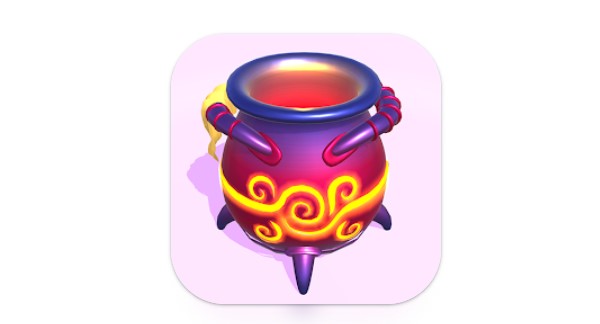 Mystical Mixing is an extraordinary application in which you will conduct various experiments, crossing different creatures with each other, getting more and more new ones. Here you have to mix animal DNA into your character in order to give him superpowers. Mix a few ingredients and get a completely new creature – a dragon, a bat, a blue fox or something else. When you get the creature, go explore a huge forest where you need to cut down trees and mow the grass. There you will receive resources to create new bizarre animals. The further you advance in the story, the more creatures you unlock. Thus, the gameplay of this uncomplicated application passes. If you like simulators, then also download Sim Hotel Tycoon – Idle Game and Car Crash Online Simulator.

If you are interested in the gameplay of this game, then in more detail you can familiarize yourself with it in our review.

Create the most incredible creatures

Mystical Mixing presents a theme of survival of unusual animals in harsh conditions of the wild. The main highlight of this application was the variety of characters. There are thousands of different combinations of animals, which involve the discovery of the most unexpected characters.

It is noteworthy that each such hero has a unique model, characteristics and abilities. Creation takes place by mixing various ingredients in a cauldron. You can independently choose the sequence of mixing, the amount of solution and the liquid in general. The result will surely exceed all your expectations.

After making a creature, you need to release it into the open. On the map itself, you have to move in order to collect resources and level up. Mystical Mixing offers you to extract resources by attacking various objects.

From these resources, you can use the crafting menu to create items of equipment, build houses and all kinds of objects needed for even more complex crafting. Initially, you have to cut down trees and mow grass, but later the tasks will become more complicated. Place special chests around the world, in which you can find unique items of equipment.

Special attention in Mystical Mixing deserves flexible pumping. It offers you to improve the passive skills of the hero, which will help him not only in battle, but also in the process of survival. For example, you will definitely need to upgrade your crafting skill in order to open high-level recipes. Please note that you will not be able to reset the existing leveling of the character in the process of survival. You have to develop builds by trial and error, each time in case of failure, starting from the very beginning.

We recommend you download Mystical Mixing mod APK for a lot of money that you can get without watching ads.

Mystical Mixing is a creative game for fans of everything unusual. By crossing them with each other, you can breed new species. Each unique hybrid has its own bonuses, advantages and unique characteristics. They will help him survive in an unequal battle with the same creations of other players. The number of pets created in this way is not limited.

Everything in Mystical Mixing impresses a large variety of individuals, the result obtained, a high-quality pixel image and the gameplay itself. It not only draws in, it captivates. There are many options for creating animals and it is always interesting what the result will be. Experiment as much as you see fit. Surviving in the world of hybrids will not be easy, but that is the point of the game.

Mystical Mixing – an entertaining arcade game with elements of a simulator to control the most unusual animals. Throughout the gameplay, you have to engage in crossing different types of animals, as well as exploring territories.