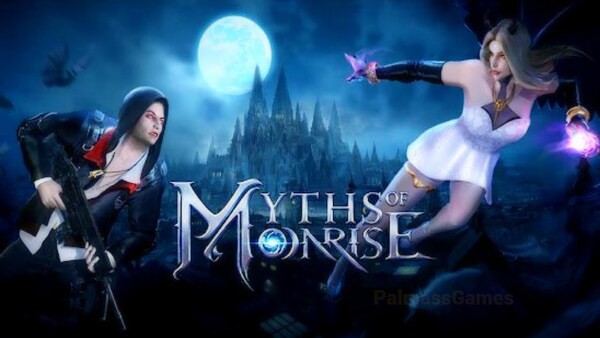 Myths of Moonrise is a colorful strategy game with elements of a role-playing game and the popular match-3 genre in which you have to solve puzzles and explore a large adventure map. Enemies will move towards you in waves. You can defeat them only by constantly improving your army. At the same time, you have to strengthen the walls of the castle, recruit and train new warriors and plan further actions. All this while the enemy makes his move. Perform your actions in step-by-step mode. Thus, you have time to think and adjust the battle tactics during the battle. The most important thing in this whole process is not to forget that the energy and experience you spend in the course of battles are limited. If you like strategy, then also pay attention to Punchy Race.

Myths of Moonrise combines several game genres at once. If you are interested in the details, then read our review. 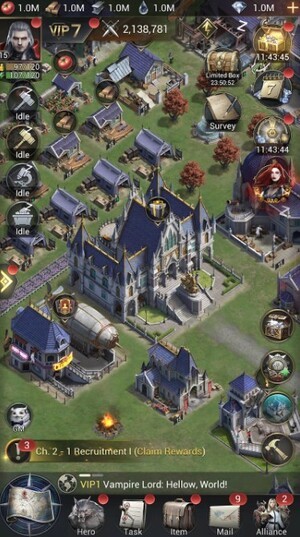 Fight back the forces of darkness from your own indestructible citadel. A strong Lord is a powerful Fortress! Clear your lands of invaders, expand your holdings, build strong walls and make your fortress a stronghold in the fight against the Fallen! Drive the invaders out of this area and make your castle prosperous and comfortable again.

Gather in your ranks only the strongest and most experienced of the warriors – this is your forte. If you get victories over enemy soldiers quite easily, then the battle with the boss standing behind them will be a real test even for the most experienced warrior. Try to make the longest chains. They will bring you the maximum reward. This opportunity to open additional accelerators and modifiers allows you to clear the playing field much faster.

Great heroes are waiting for you

The developers of Myths of Moonrise introduced various heroes into the project, each of which has its own abilities. Now there are only two, but there will be many more in the future. Ambitious and proud, Leonardo always sought to defend the honor of his flock. All the fighters died in one skirmish with a neighboring pack for territory, while Leonardo himself got serious wounds. An old blacksmith who lived nearby saved his life. When Leonardo recovered from his wounds, the blacksmith gave him steel claws. At that moment, the wolf became more powerful than ever. However, other people did not accept the blacksmith’s friendship with the werewolf. Leonardo has increased evasion, as well as very powerful claws for attacking enemies.

Sarah is the junior princess of the kingdom of Roserim, and at a young age, she showed her amazing military talent. In the face of the invasion of neighboris, changing her palace dresses for armor, Sarah went to battle. The battle turned out to be much crueler than Sarah expected … This hero is a swordsman, he strikes enemies with the help of melee weapons. In the future, the submachine gunner Kain, the doctor Sabina, the vampire Edward and others will appear in the project.

Alliance is the key to success in teamwork

The most powerful and cunning Fallen lurk on the world map, and fighting them alone is a sure path to death. Join the Alliance, join forces with your allies, and fight back against the hordes of the Fallen. Myths of Moonrise offers not only a walkthrough, but also a PvP mode. If you are good at solving puzzles of this genre, then why not challenge other players. Try to score more points per game and defeat real opponents and their squads! With friends, you can join alliances for joint battles with the strongest opponents.

Myths of Moonrise mod APK for free shopping will help you achieve all your goals. That is what we offer to download. 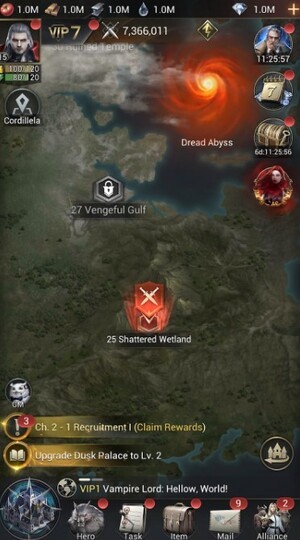 Myths of Moonrise belongs to two very popular genres at once: match-3 puzzles and strategy games. Level after level, you will look for the same items on the playing field and remove them. The amount of damage dealt to the enemies shown at the top of the screen depends on complexity of the combination. Removed minimum number of items from the field starts at three. If you can put together a more complex combination, you will immediately notice the effect. To increase the damage further, you can use different bonuses!

It is very easy to get bonuses, the strongest characters and many upgrades for the fortress – just install this version. The number of points earned with each turn affects the skills of the selected characters. You can create several units at once and choose them depending on the situation.

Myths of Moonrise is still under active development, but the potential of this game is already visible. Download and see for yourself.