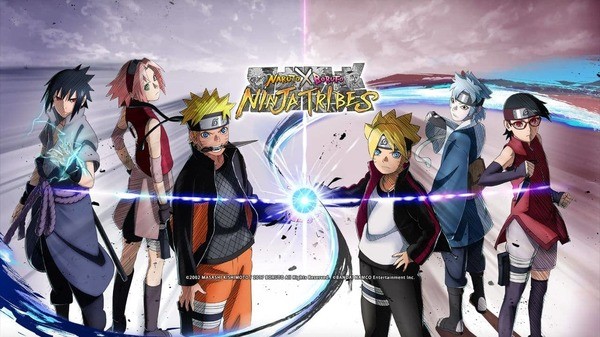 Naruto x Boruto Ninja Voltage is an anime game for Android devices from BANDAI NAMCO Entertainment that specializes in anime story games. Immerse yourself in the anime world from the cult series Naruto and create your own untouchable fortress. Raid and fight ninja enemies! If you love anime and everything related to it, then our team has prepared other wonderful projects for you, such as Ronin: The Last Samurai and Bleach: Immortal Soul.

Create your own clan

As in many battle games, you have the opportunity to assemble your own team of invincible warriors to fight your enemies. Collect your shinobi favorites to create your own invincible clan. It is a team of four characters, where each of them has its own unique properties endowed with some kind of magical combat abilities. Their abilities are very useful to you during the battle, since Naruto x Boruto Ninja Voltage allows using them in semi-automatic mode. In addition, you can use these skills for attacking your opponents or defending against them. 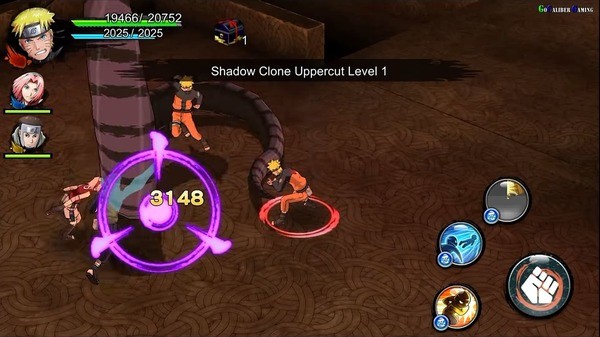 If you have watched the most famous and iconic TV series about Naruto universe, it is easier for you to understand these characters. Otherwise, you may stuck when choosing such familiar heroes as Sasuke Uchiha, Boruto Uzumaki and many others. Learn new facts about hero history. Each character has its own properties and characteristics that come in handy when attacking your enemies.

Naruto x Boruto Ninja Voltage boasts of a huge number of familiar heroes from the anime world. You may have a rather multifaceted choice. Nevertheless, you should consider that each character has its own unique characteristics and skills you need to improve for more successful fights. When recruiting a clan, you should consider these features in order to distribute power during attacks. If you are not familiar with these personalities, then it is best to learn more carefully character skills. Do it to know in the future how to make the hero better or change him to another one that is more suitable in terms of attack parameters. This choice is only yours! Level up and join the battle for big victories and the acquisition of new lands and resources.

Play not alone, but call your friends and acquaintances for more fun. Do not just limit yourself to familiar people, but also find allies in Naruto x Boruto Ninja Voltage around the globe. The game has never been more fun and addictive than playing with someone. You have the opportunity to join the shinobi guild to fight as much as possible and complete joint missions. Surprise attack missions allow you to play as a team of four players to defeat huge and dangerous bosses. In addition, such interactions in groups help you when attacking and conquering the fortresses of other players. However, be prepared for the fact that not only you can attack others, but they can also attack you. Take measures to defend and improve your province. 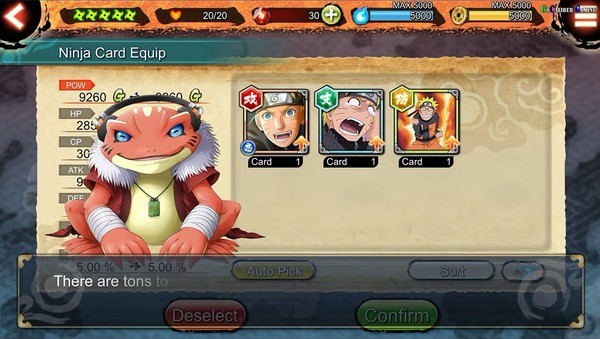 Naruto x Boruto Ninja Voltage based on the cult story  and has good 2D graphics, with all characters and locations perfectly drawn according to all the canons of anime creativity. Sounds and music perfectly combine with the visual component of and completely immerse players in the gameplay.

As you know, all RPG games require some time to restore character skills. Developers made so to save gameplay balance. However, some situations are so hard that players need not only skills, but also different boosters to win the battle. Therefore, we provide you with the ability to use No Skill SD mod for Naruto x Boruto Ninja Voltage. Now, you can use skills without stopping. All the heroes no longer need time to recharge skills, so you can attack more intensively and efficiently.

Our team checked No Skill Cooldown featureand confirms its presence.  Use our modification to attack your opponents with magic and combat spells without interruption. Do not worry: it is safe for your device, as we have made sure of it.

Please note that game developers constantly updating it and improving game protection. Therefore, our mod may not work on some gadgets. We do everything to make the universal hack for Naruto x Boruto Ninja Voltage as soon as possible. Please, follow website updates. 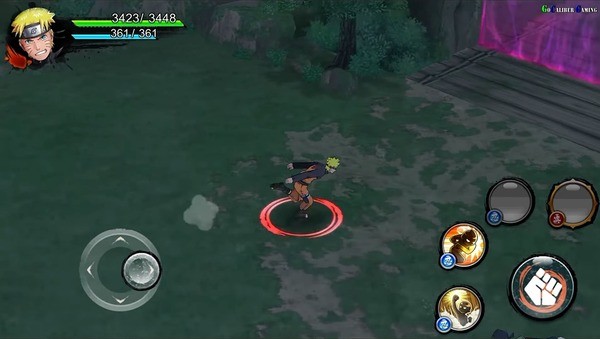 The game focuses on the strategy of maintaining your own fortress and simultaneously fighting for territories and resources with neighboring ninja warriors. Unite as a team and create a clan to defeat all enemies on your way to victory. Already familiar characters from anime series are an excellent opportunity to remember who is who and what abilities they have.

Naruto x Boruto Ninja Voltage is a game based on Naruto anime universe that requires the use of strategy and combat skills. Fight side by side with the characters of the famous saga and crush all the ninja warriors!