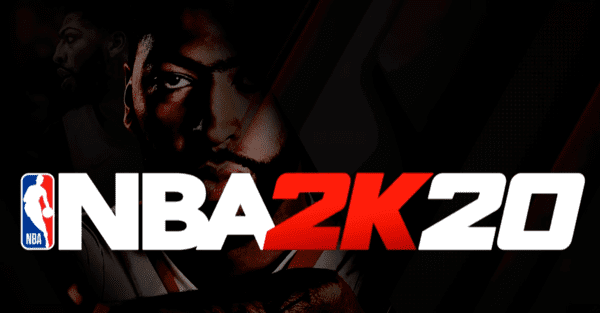 NBA 2K20 is the continuation of the famous sports simulator for Android devices. Virtual basketball has never been so real. Use your skills and knowledge to become the best basketball player and lead your team to the championship. Enjoy the incredible level of graphics and immerse yourself in the gameplay. Play different game modes and fight not only virtual opponents, but also real players. Every lover of sports simulators can definitely find something to do here. If you are a sports fan, you can also download NBA LIVE Mobile Basketball and Boxing Star.

The NBA 2K series needs no introduction, but every year the developers add more innovations. Let’s take a look at the most basic ones.

Newbies are welcome here too

Many gamers are worried and afraid to play NBA 2K20, because somewhere on the Internet they read that it is too complicated, hardcore and requires players to have high enough knowledge in the field of virtual basketball. In fact, the game has an advanced tutorial mode where you are shown how to throw the ball, how to properly block the player, how to move, and so on. There are animations of how the player throws the ball and which keys to press. It is possible to lower the opponent’s difficulty level and start with maximum resistance. 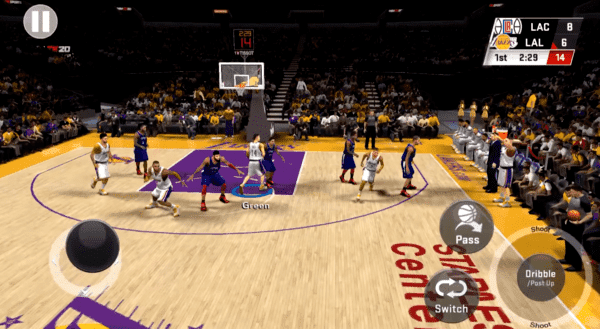 Now girls have own separate championship – WNBA. In addition, like men, women’s club rosters in NBA 2K20 are updated mid-season. Everything is. However, if you go after a match with men to a play with women, you can notice how big the difference in player level is. Girls smear more often than hit, while we did not notice a big difference in speed between the men’s and women’s teams.

The coolest basketball simulator from 2K remains the story mode, and with each new part, the level of plot and characters development only gets better. NBA 2K20 is no exception. On the one hand, we will two-way training meetings, a full-scale performance at NBA Draft Combine (test of physical abilities and skills) and discussion of contracts with global brands. On the other hand, there is an abundance of Hollywood videos with solid acting and decent dialogue, good script and a kaleidoscope of stellar cameos.

The developers continued to focus on the balance of attack and defense, making several minor, but very important innovations. The matches in NBA 2K20 became slower, due to the processing of movements and physical parameters of the players. Now you can feel all dimensions on the parquet as never before. Playing for the same Stephen Curry, it all comes down to passes, jerks and unexpected and accurate shots. However, everything is so simple until the first meeting with two-meter Rudy Gobert. He gladly not only covers the throw, but also makes it clear that the joint with him is still a torment. You need to be prepared for any situation and have a plan B just in case.

It’s hard enough to somehow advertise the graphics in NBA 2K20 that has been very beautiful for several years now. If you played in the early versions, then you have already seen a gorgeous picture, the most realistic players and other features of modern graphics. The developers just make these aspects even better every year. The characters’ faces have become more realistic, their shape sways even more attractively while running and jumping and the parquet itself has become more realistic. As a result, the picture was gorgeous before, but now it just got even better. 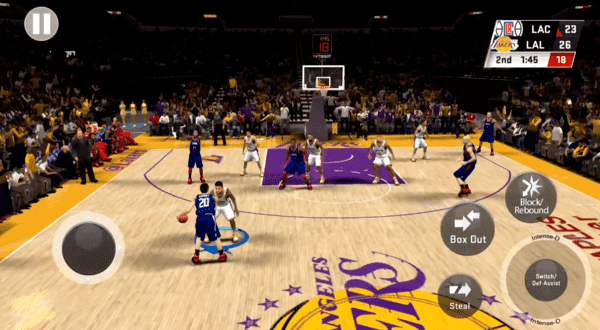 The high-quality soundtrack of NBA 2K20 deserves special attention. It’s no secret that creators of the 2K series are able to surprise with high-quality tracks. This year there are clearly more cool songs, making the whole gameplay more exciting.

NBA 2K has always had a love for donation, and this was especially noticeable during multiplayer battles. Internally, the in-game currency allowed for upgrading players, leading a wilder lifestyle in career mode and recruiting the best players in the My Team mode. True, there was never enough money and the players had to be content with only the most standard features in comparison with donators. We propose to correct this imbalance and install NBA 2K20 with mod for unlimited money. With it, you always have a sufficient supply of money and dispose of it as soon as you want.

Our team has tested unlimited money feature for NBA 2K20 and can guarantee its full functionality. In fact, already at the first start of the game, you receive a sufficient amount of in-game currency, which you can spend on whatever you want. We also guarantee that you cannot get ban for using the mod online. Moreover, the game installation file does not contain any viruses or malware. Install the game according to our recommendations below and enjoy all the benefits unhindered.

With that said, you just can enjoy several game modes in NBA 2K20. You can always test your skills against in-game AI by choosing not only teams, but also resistance level of your opponent. With an active Internet connection, you can also fight real rivals online. However, we recommend that you first practice in the appropriate mode in order to study in more detail the advantages and disadvantages of players of your favorite team.

If the team mode does not suit you, you can always try to start the career mode with a quality storyline and a level of narration. This mode allows you to create a player with your own hands and lead him from the very bottom to basketball Olympus. In this case, you can control only one character directly during the gameplay. 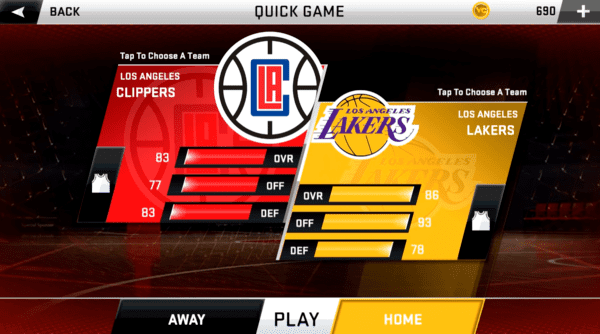 My Team mode allows you to use your basketball skills to build your dream team. While playing MyGM in NBA 2K20 you can become a real general manager and experience all the intricacies of team management. As you can see, there is always something to do in the game.

The very process of gameplay during basketball matches has become noticeably more complicated. You can’t just take any top player and go under the hoop to shoot the ball. Moreover, you cannot throw a three-pointer even with the highest pumped rating. Shooting openness, passing and tactics are your new friends to help you succeed in NBA 2K20.

Overall, NBA 2K20 is still the best basketball sim. You can enjoy it, regardless of the game mode choice. Despite occasional glitches in modes and not too significant changes in gameplay, you are still an elite sports sim. Become the best basketball player, train your team and take part in online skirmishes with real opponents now on Android devices.

Don’t forget to delete the original version of NBA 2K20 before installing our modified version to prevent errors during installation process.