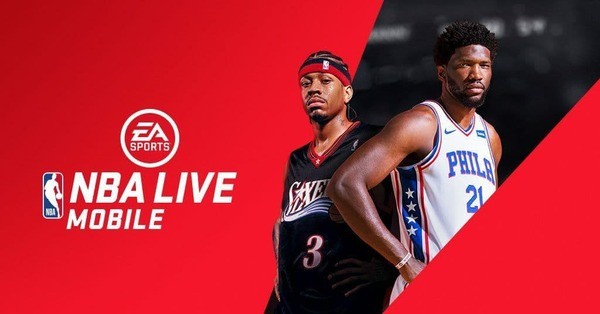 NBA LIVE Mobile Basketball is a full-fledged basketball simulator that has almost everything you need for a quality sports game. Your main task is to defeat your opponent in a five-on-five basketball match. At the same time, we cannot say that NBA LIVE Mobile Basketball is a pure sports game, since it is also a collectible card game. All basketball players have the form of cards with certain characteristics. The higher the player’s rating, the better the overall team rating. Assemble your team of superstars and defeat all opponents! Assign Shaquille O’Neal, Tim Duncan or James Harden to crush everyone in your path. Among other sports projects, our team recommends you the World Cricket Championship 3 and Boxing Star.

Basketball has fans almost all over the world. Below we will tell you why this game deserves your attention.

Globally, there are two main modes in NBA LIVE Mobile Basketball. Let’s consider them in a little more detail.

Confrontation. An interesting mode that simulates playing with a real opponent, but with a slight limitation – you don’t really play with each other. Both players start the game that matches opponents with the same rating. After that, each of players has to play a 2-minute match with AI. The player with most scored points wins after comparing results. Every week the season in NBA LIVE Mobile Basketball resets and you have to start over. Any victory brings player fans and rises his rating – the first 200 players receive unique cards with cool players. The rest win packs with random players at the end of the season. Moreover, the higher your rating, the greater the chances of getting a cool player. 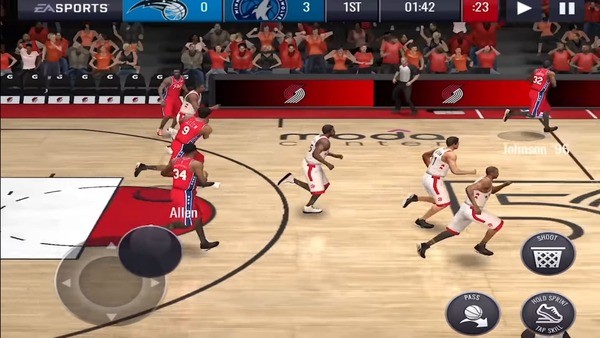 Season. Everything is simpler here – the mode is a classic basketball season. Collect your team and start playing in NBA regular championship. Then, if you manage to get to the top of the conference table, you get to the playoffs with elimination games. At the end of the season, you also receive cards with new players. The level of basketball players depends on the final place you took. In addition, NBA LIVE Mobile Basketball allows you to create your own league to play online with friends and against other teams. You even can participate in live competitions to get packs, coins, items and more.

As already mentioned, NBA LIVE Mobile Basketball has a system of player cards and packs. There are four levels of cards – bronze, silver, gold, and epic (tinted red). Each player has his own overall – a rating compiled as the arithmetic average of all indicators. EA Sports has digitized and incorporated into the game almost all the players who are playing now and who played several decades ago. Therefore, it is quite possible to assemble a team with Johnson, Harden, Pippen, Duncan and Shaq. Such a composition looks very serious. However, some legendary players did not give consent to use their names – for example, Michael Jordan or Kobe Bryant. 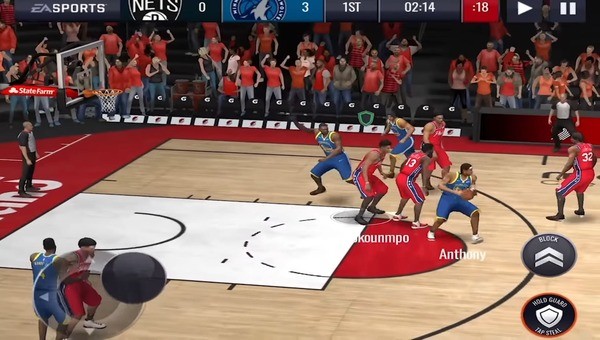 Each player in NBA LIVE Mobile Basketball has its own strengths and weaknesses. For example, Curry is great at throwing three-pointers almost, but he does not know how to dunk. Giannis Adetokumbo throws steep dunks, but has problems with three-pointers. Ben Simmons cannot throw at all. Take into account these features when determining the characteristics of each player’s throw. In addition, each player has his own preferred style of play that you also can use for own purposes. For example, you can choose snipers (shooting from long and medium distances), passers (high percentage of passing convenient with crossings), defenders (blocks and rebounds) and miracles (dunks). The same player can have multiple cards with different styles and positions.

Sports simulators are attracted not only by the fact that they are about sports, but also by the graphic component. All players in NBA LIVE Mobile Basketball are very detailed. You can notice their characteristic features such as height, hairstyle and so on. The ball looks good, playgrounds and even the audience have high quality. Physics of actions is also excellent, although often this kind of games has problems with physics of movement, jumps and throws. The sound in the game is amazing. 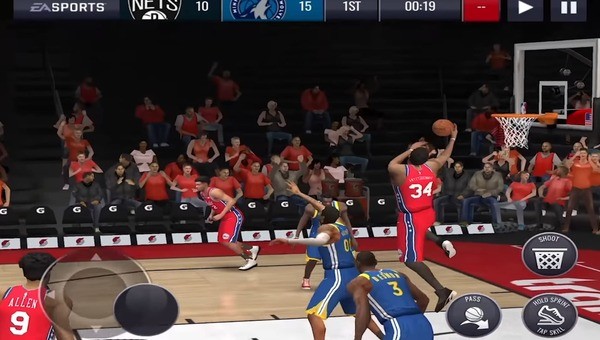 We offer you to download a mod that gives you an opportunity to use unlimited money for all you in-game purchases.

Based on the results of testing NBA LIVE Mobile Basketball, we can confirm the functionality of unlimited money feature. You can spend these riches at your discretion, buying and improving the players. The mod cannot harm your device and gameplay in general. Follow the prompts below to install game correctly. We would like to draw your attention to the fact that EA is constantly updating the game. That’s why our mod may malfunction. However, we work every day to provide users with the most stable version.

The controls are standard for games of this genre. Joystick on the left side of the screen allows you to control the player movement. There are also active buttons under the right hand – sprint, pass and throw. To hammer a dunk, you just need to make a swipe in the desired zone. Three-point shots are a little more difficult. On the one hand, the player’s rating is important, and besides, you must correctly calculate the power and accuracy of your throw. 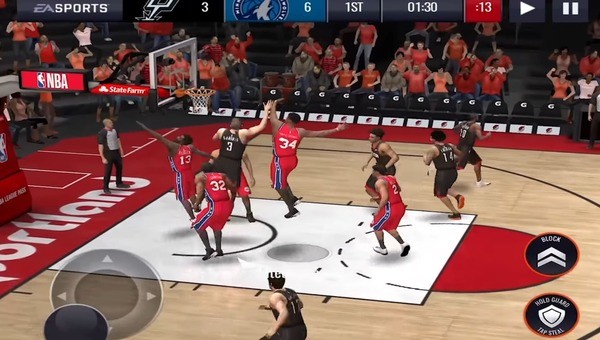 NBA LIVE Mobile Basketball gameplay should appeal to anyone who enjoys competitive sports. In addition, there is another, practical aspect – there are only 10 players on the court and it is much easier to scale them than 22, like in football. That is why all character models in football simulators are very small. You have to strain your eyes to distinguish not only the players, but also the ball. There is no such problem here.

NBA LIVE Mobile Basketball is one of the best basketball simulators for Android. Fascinating gameplay and the opportunity to take basketball legends into the team makes this project worthy of users’ attention.

Don’t forget to delete the original version of NBA LIVE Mobile Basketball before installing our modified version to prevent errors during installation process.