NBA NOW 23 is a game where players can feel like a participant in real basketball matches. Join the best basketball league – NBA. Collect teams of great players of the past, present, and fight in multiplayer with users from all over the world. Play on real sites for real teams with real players. Conquer the NBA title by completing an entire season from start to finish. Most importantly, playing this app is as easy as shelling pears as you only need one hand due to simple and intuitive controls. Take part in ranked battles online or fight in the regular season against the computer to win all the titles. If you love sports, then we have prepared for you Madfut 21 and Touchgrind BMX 2.

NBA NOW 23 quickly gained wide popularity among the public due to the many advantages of the game. We will tell you about them below.

The disadvantage of many such applications is that the developers do not have licenses and use the names of the players that are similar to the real ones, but they are not. There is no such problem here, because the creators of the game received all the necessary licenses. 30 fully licensed NBA teams are already waiting for you. At the same time, the game features all real club arenas in the project, and even music plays during matches – everything is like in real life! 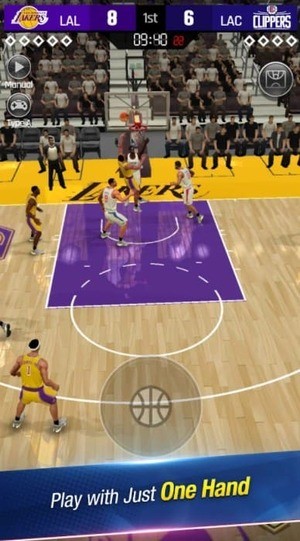 One of the main features of NBA NOW 23 is the ability to control with only a few fingers. Despite the fact that many events are constantly happening on the floor, you can control the situation with one hand, without too much straining.

The controls are extremely simple. You control one player. When your team attacks, you can pass, throw or try to dodge your opponent with a feint. In this case, the chance of loss is great. If you are on the defensive, then you can try to block the enemy’s throw or make a tackle. In addition, the user can always simply switch to another basketball player if your player is in a bad position.

As mentioned earlier, NBA NOW 23 is fully licensed, which has become a real gift for all true connoisseurs of this sport. However, you can also go to the Legends section and select the great players of the past to your team. Get a unique opportunity to play for modern stars such as Zach Lavine, Nikola Jokic and Stephen Curry, as well as for the legends of the past. Create the most balanced lineup and achieve success in the game.

Compete with players from all over the world

If you get tired of a single game and conquering the NBA playoffs, then the user can always go online and challenge players from all over the world. First, you can try exciting rating battles implemented in the application. Their essence is that when you win a match, you increase your rating and in the future meet even stronger opponents on the way. When you lose, you fall in the rankings. In general, this is a standard scheme. It is also possible to play simply with your friends. To do this, you just need to create a room and invite your friends there. 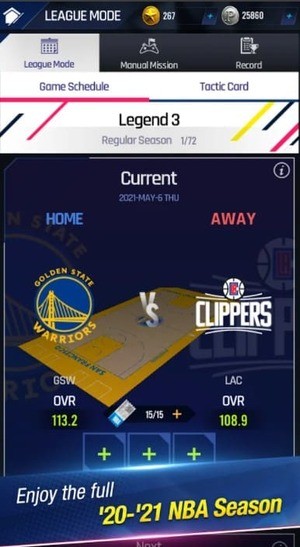 NBA NOW 23 features a top view, as the camera moves from one ring to another. In general, the application looks decent enough on Android devices, although it falls short of its computer counterparts. Separately, we should say about the soundtrack, which immerses the player in atmosphere of real basketball matches. Enjoy support of the fans, creak of shoes on the parquet floor and even traditional music playing during matches.

There are many basketball players at the disposal of the NBA NOW 23 player, however some of them are initially locked and not available for use. They can be unlocked using in-game currency or you can download our unlocked mod that we offer you. It allows users to enjoy the game of great athletes – both present and past.

NBA NOW 21 is a great app dedicated entirely to one of the most famous and outstanding sports. If you are partial to basketball, this project is worth a try. The developers have actively tried to implement the most realistic gameplay. If you completely immerse yourself in what is happening, you will get many positive emotions. In every match, your main task is to get into the basket and win the game. 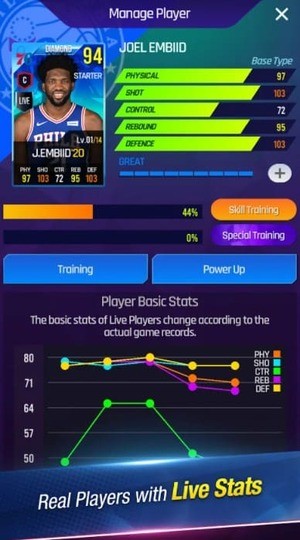 Earn money, unlock different basketball players and form a team of the best athletes from them, throwing three-pointers with one hand. Constant training, right game strategy and study of tactical maps will allow you to reach the Champions League and join it. This is a mobile basketball game for true connoisseurs of this sport.

NBA NOW 23 will definitely appeal to all fans of the genre, because there are all the famous basketball players, as well as an exciting multiplayer mode. If you have been looking for a cool android project about basketball for a long time, then consider that you have found it.

How to Install NBA NOW 23 Mod?