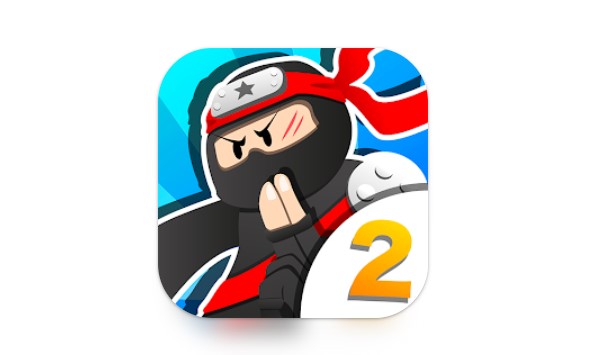 Ninja Hands 2 is an entertaining arcade action game for Android. This time killer from the French Yso Corp. appeared quite recently. The game offers fantastic ranged combat mechanics without weapons. From the name of the project alone, you can guess that here you will be able to independently perform various passes with your hands to bring down a hail of knives on enemies, throw a fireball or even create a mini tornado. The main character has to save hostage girls from bad people. The character himself is not available, because the camera in the position from the first person shows only the hands. All the character’s strikes come down to the position of fingers. We also recommend that you play the first part of the famous franchise.

Learn what changes developers did in the second part of the project. 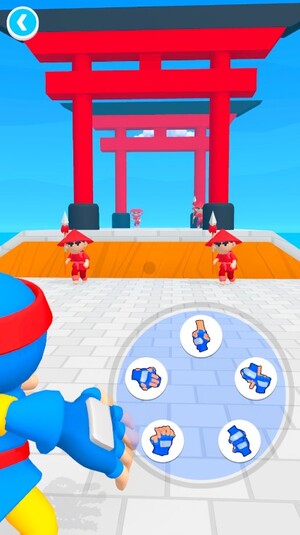 At each stage of Ninja Hands 2, you need to neutralize all the enemies in order to move on to the next game stage. At the bottom of the screen are various elements, combining which you can attack enemies. Locations features a minimalist style, only characters and main objects are drawn according to the type of animation. Fights take place on the roofs of skyscrapers in a certain city, on wooden platforms, passages and platforms of a village located in the water.

Apply elements in a certain order, activating different abilities. Cutting blows, powerful fireballs, lightning bolts and shooting just from your fingers. Attack with waves of crabs, immobilize by freezing, cutting laser beams and strike with small spears from the sky. Ninja Hands 2 allows you to use meteors, turn enemies into penguins, goslings, reduce the size of enemy warriors, and so on. Among the bonuses can be noted pets, fighting dog, guardian sheep, etc.

Feel free to use the environment

In the process of reprisal against enemies, you should take into account the presence on the map of various objects that may well help or hinder you. Various barrels of explosives or boxes of dynamite will help you. If any spell hits this object, then an explosion will occur that will definitely hit your opponents. There are also huge boxes, fences, shelters and many other indestructible objects. Such environmental objects may well save your enemies by hiding them from the effect of the spell. 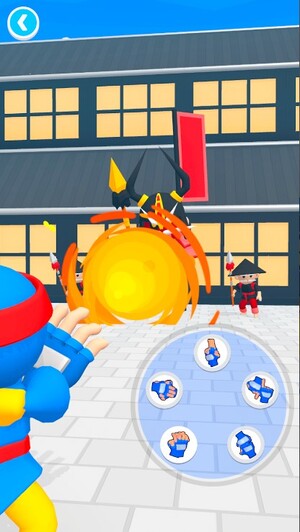 Download Ninja Hands 2 mod APK to get rid of annoying ads that appear every 30 seconds. All levels in the game are short. Moreover, its completion does not require too much time. Simple tapping on the screen can bring the highest rewards. Ads between levels last for 30 seconds and take a lot of time in totals. We can offer you the game version without ads. In addition, you can use our solution to get free rewards even if they require watching commercials.

The reviewed project will pleasantly surprise you with the number of levels of the single-player campaign and the variety of character abilities. Within each level you have to go through several stages. Each stage is a small battle with one opponent or a whole group. You can deal with enemies only with the help of your abilities, of which there are incredibly many.

Before each use of the skill in Ninja Hands 2, you will see a set of four gestures. In addition, you only need to choose three of them. You will not know in advance which skill you are currently using, which makes the passage somewhat more difficult. Only in the later stages will you have an idea of ​​what ability you are currently activating. 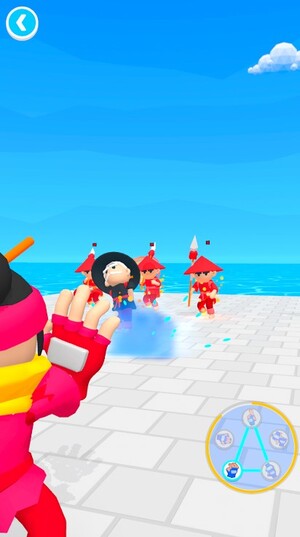 It is worth paying your attention that some skills have a narrowly targeted attack, while others specialize in dealing damage in an area. Some locations will contribute to the destruction of enemies. We are talking about various barrels of fuel that will safely explode if you hit them.

Often you will be dealing with building rooftops and cliffs from which you can throw enemies with non-lethal spells. With the appearance of that very cute girl on the levels, you need to fight enemies as carefully as possible. The fact is that spells do damage to this girl very well. Be prepared for the fact that in some cases you will not have the right set of gestures to use the right spell.

Ninja Hands 2 provides a great chance to relax. Immerse yourself in the atmosphere of unusual magical battles and easy gameplay. Arrange a real beating on your enemies, destroying them in the most sophisticated ways.