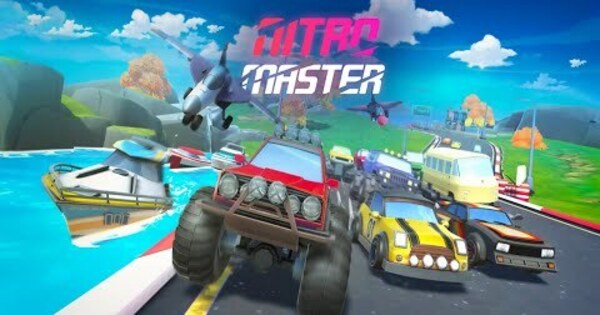 Nitro Master: Epic Racing is an epic racing game from AxesInMotion Racing. Sit behind the wheel of a car and enjoy driving a car, and at the same time try not to let their competitors get ahead of themselves. To do this, you will be able to take advantage of various improvements. Turn on acceleration or ram opponents to come to the finish line first. The game places a lot of emphasis on online battles. Get the opportunity to measure your strength with the best players. The app has many online leagues, passing through which you will receive the championship title. Drive sports cars as well as monster trucks, boats, snowmobiles or even planes! If you love racing, then also download Car Mechanic Racing.

The developers of Nitro Master: Epic Racing tried to work with the highest quality in the open game world. The user will have access to the ability to move around urban, suburban locations, distinguished by incredible and diverse landscapes. You will start as a simple beginner who has just begun his acquaintance with the tough world of motorsport. Gradually, you will develop not only the skills of the driver, but also your car. Further advancement in the standings will open up new opportunities for you. There is always room to grow here, so you will never feel bored. In general, the game is quite a classic race. Ride forward, get ahead of opponents and sometimes use special skills. 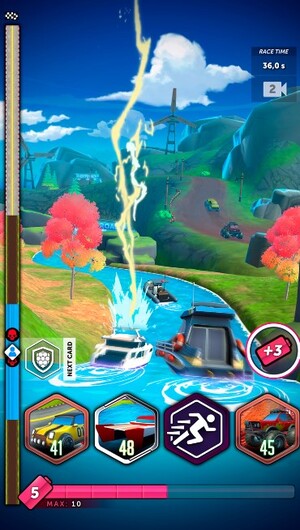 Upgrade cars and unlock new ones

The developers of Nitro Master: Epic Racing offer the player to enjoy a combat arcade where you can not only ride and attack all the oncoming protagonists, but also upgrade your car, significantly improving its performance. To make the game even more attractive and interesting, creators added a system of achievements.

Therefore, any player can receive bonuses. With its help, you can not only improve a number of indicators, but also open more than 20 cars, each of which is attractive in its own way. By the way, there are not only classic cars here, but also even planes and boats. You can also compete with your opponents on them.

Nitro Master: Epic Racing offers you to race against the clock or compete against other real players online. At the same time, you can play in several modes. For beginners, it is recommended to start with a free race, when there is an opportunity to simply move around the territory, getting used to the controls and honing your driving skills. 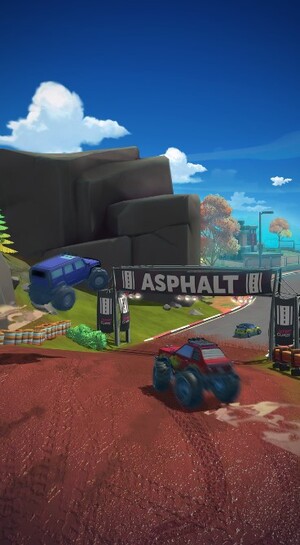 It will easier to drive a car and quickly get out of dangerous situations. When a player feels that he can already compete with someone, he chooses an opponent or enters the race. In this case, you can join an already recruited group of players or organize your own race and wait for opponents. You can play both with your friends and with random gamers.

Download Nitro Master: Epic Racing APK mod for unlimited money to be ahead of all opponents and come first.

Get behind the wheel of your chosen cool car in Nitro Master: Epic Racing and pick up speed, next to the same notorious thugs. Try to accelerate to throw your opponent into a ditch in the event of a collision. Shoot from the current weapons, which are guns, machine guns and rocket launchers, various mines and oil tanks. Ram the enemy car with spikes and swords, and invest all the money you earn in improving the combat power of the car and its armor. Set aside funds to unlock and purchase a newer deadly car. 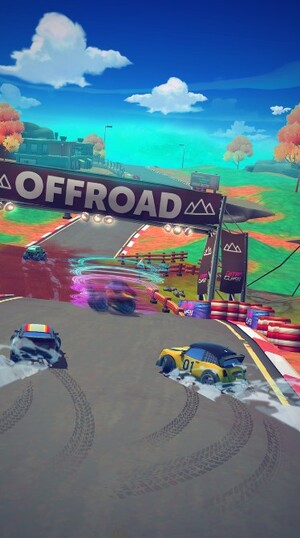 Can’t deal with bosses or online opponents at the next turn? Then feel free to install the mod for money, take the coolest car and start equipping it with the most powerful weapons and armor. Use laser and magma and blow up the enemy on the first try. Dominate leagues and championships and get a lot of drive and adrenaline!

Nitro Master: Epic Racing is an interesting game with a lot of different cars and more! Use a variety of skills and abilities to speed up the car temporarily. Don’t forget to compete with your friends.