Nobodies: After Death is a puzzle game where you have to clean up bodies after a secret intelligence job. The intelligence service is running an illegal program that experiments on living people. News of this gets to the press, so the government has to remove leading scientists from work. Many of the dismissed employees come to the wing of Q-100 organization to work on its project aimed at targeted destruction of targets. However, someone has to clean up after the killer has done the job so that the undercover operation is not threatened. This is where your character comes into play. He will remove any evidence of what happened from the places where the murders were committed. Before you is a quest with many puzzles. Here you have to think carefully about your actions, because no one should find out about what happened. The game has several scenes of murders, different types of puzzles, nice visuals and several ways of passing. We also recommend downloading Bubble Witch 3 Saga and Puzzle Odyssey: adventure game. 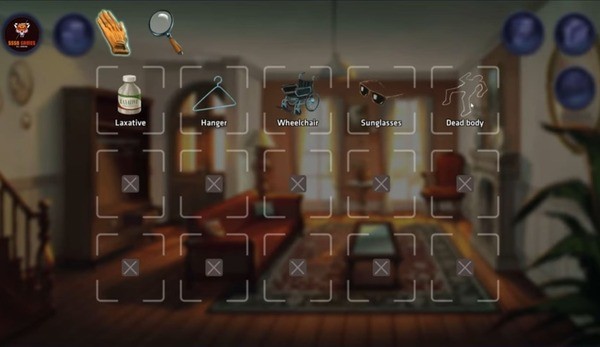 Nobodies: After Death is a game with an interesting concept and a lot of dark humor. You can find out all the details in our review.

The gameplay of Nobodies: After Death traditionally consists mainly of finding objects and making various combinations of them. In this case, after completing the goal, it is necessary to arrange the used objects in the places on which they were originally laid. In this case, there are several ways to complete the level, which is curious.

Someone has to clean up the crime scene after the hit man has done his job. Moreover, this is you. You are the “cleaner” of a secret state anti-terrorist organization. Your task is to get rid of bodies, destroy evidence without leaving any traces behind.

Dispose of evidence in any way

It is worth noting that Nobodies: After Death is replete with tough scenes, so we cannot recommend the game for those under the age of 16. More specifically, this cruelty is due to the various ways in which you can get rid of the body. For example, one of the tasks will send you to a country house on the riverbank. There you can find the body of a man with stab wounds. Load the body on a wheelbarrow and then dump it into the river to the crocodiles. After the animals eat the man, you need to catch his clothes and burn them in the fireplace. To do this, you need a fishing rod that is in the house. Thus, you need to interact with the surrounding objects and be smart in order to understand what exactly is required of you.

There are many ways to complete or fail a mission.

Another fundamental difference between Nobodies: After Death and many similar quests is the different ways of completing them. You have several options for events at once. For example, one of the tasks sends you to a bar where you need to hide all the evidence. You can simply hire a cleaner for this, who will wash away the traces of blood. However, she will not do it well enough, because of which it is possible to fail the mission. Another option is to use the means at hand and personally deal with the elimination of material evidence. However, even here you may fail if you do it wrong.

The Nobodies series of games are famous for its colorful locations and entirely handcrafted drawings. In total, the project contains more than a hundred such works. The author’s style is recognizable in each of them. You can also enjoy various ominous sounds and pleasant music.

We suggest you download a mod that gives unlimited money and removes all annoying ads from the game.

Nobodies: After Death – we present to your attention a truly creepy and very original puzzle game where you have to take part in scary and insanely dangerous events. Responsible work falls on your shoulders, with which you must cope.

Specifically, you need to get rid of the corpses, as well as mask all traces of the murderers’ crime. It will take you out-of-the-box thinking and a cold-blooded disposition to do the craziest and creepiest things. In total, nine unique cases await you with each victim eliminated in his own unique and very bloody way. It is worth saying that these events come from real stories, because of which the atmosphere of the gameplay becomes even more creepy and intimidating.

Use improvised items to do your dirty work, go through tasks in different ways and try not to leave any evidence. Otherwise, you will lose.