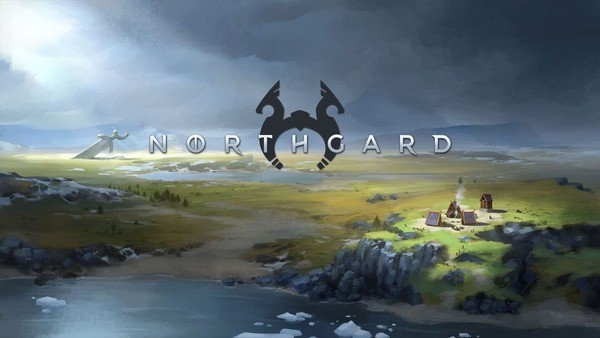 Northgard is a mixture of real-time strategy and turn-based battles. The Vikings have discovered new, unexplored lands, promising riches, secrets and dangers. You have to lead your clan through harsh winters and protect it from wolves and undead warriors. In addition to fighting and discovering new lands, it is important to distribute positions among the Viking population, such as a farmer, sailor or keeper of lore in order to ensure the survival of your clan. Since its initial launch on PC, the game has sold over 2 million copies. During the time on App Store, it has collected over 220 reviews with average rating of 4.6. Now the project is available for Android. Among other interesting strategies, we suggest Star Trek Fleet Command and King of Defense 2.

Developers ported Northgard to Android in summer of 2021 and has become very popular with users.

The plot tells about the adventures of Jarl Riga, who wants to take revenge on the murderer of his father Jarl Hagen. The villain took the Horn of Konung family heirloom and departed with mercenaries for the distant land of Northgard. The main character has no choice but to go in pursuit in order to avenge his father and return the relic, because he cannot become the king of his lands without it. There are 11 campaign chapters available in the app, but you can purchase add-ons with Serpent, Dragon and Kraken clans for a fee.

The game begins in March 800 AD with a chosen clan of adventurers (and a new home) landing on one of the coastal regions of unknown, but potentially wealthy Northgard. Further, as far as possible, the game simulates first 9 summer months and then 3 winter months and so on in a circle until achieving one of the possible victories. Each month takes exactly one minute of real time and contains six economic cycles for recalculating stock, production and consumption.

The gameplay of Northgard focuses on colonization and the development of new territories. At the beginning of each mission, only one region, the town hall and several villagers are available to Riga. So that the subjects do not starve to death and freeze in the cold winter, the main character needs to develop new territories. To do this, he needs to build a scout camp and train a scout to explore the surrounding regions.

After exploring a new territory, it is necessary to clear it of local unfriendly living creatures. Most often, these are wolves and bears, less often rather dangerous monsters come across. After clearing the region, you can colonize it by spending a certain amount of food on it. As the development of new lands, the price of their colonization gradually increases, therefore, to build a large state, the player needs a well-developed economy. One of the standard-bearers of the protagonist can colonize the land not for food, but for gold. However, this character is not available in all missions, so the expansion of possessions most often occurs with the use of food.

Most of the territories in Northgard have unique resources: forest, large number of animals, black soil, fishponds, treasures, rune stones, deposits of stone and iron. You can construct a strictly limited number of buildings in each region. The creation of five buildings is available in the main province and from two to three buildings in other regions. It is also possible for a moderate amount of gold in any province to increase the number of buildings by one unit.

Such an important resource as food is necessary not only for the expansion of the Jarl Riga’s possessions, but also for the elementary survival of villagers. In addition, you can obtain food through hunting, fishing and growing bread. To do this, it is necessary to build a hunter’s gatehouse, an angler’s hut or a farm in regions with the appropriate resource. Each of these specialized structures accommodates up to two workers, who are slightly more efficient at foraging than berry pickers. It is necessary to build warehouses near these buildings. They increase worker productivity by ten percent and increase the stock of food stored.

Gold is an important resource in Northgard. It is necessary for the construction and improvement of buildings, training of soldiers, as well as for the purchase of scarce resources. Obtain it in three buildings: a harbor (some standard-bearers have a drakkar pier), a trading post and a market.

The exterior of Northgard features a cozy atmosphere and cartoonish setting. The graphics are nice and do not bite the eyes, but the textures are unclear, and the landscape, figures of people and buildings are made carelessly. Still, the visuals of the game are commendable. For all its brutal mechanics, the graphics here are cute and do not cause rejection even after several hours of playing.

Now, the application is paid on the Play Market, as it costs about $ 9. However, you have the option to download Northgard completely free of charge and enjoy fully unlocked gameplay.

The most important metric in Northgard is happiness of the villagers. If it is positive, then the population is growing. Moreover, the higher the level of happiness, the faster new villagers appear. If the residents are unhappy, then the population stops growing completely. The main building that increases the level of happiness of the villagers is the brewery. Up to two brewers work in this building, which increase this indicator by a significant amount.

The next important building in the game is healers’ hut (house of the shamans) in which two healers work. These units heal the main character, warriors and villagers throughout the controlled territory. After studying the corresponding legend, healers pick berries in their free time and shamans earn legend points. Another structure for the extraction of resources is a mine. Build it next to the deposits of stone and iron. Up to two miners can work in the building.

As for the battles in Northgard, they are outrageously simple. There are no armies, attack tactics, terrain influence on damage and stealth, morale and buffs from the leader. To attack, you just need to select the warriors and click on the enemy. In order not to get confused and not to send civilians with them, you should click on the soldier icon in the menu and give them commands one by one. The second method is more reliable and does not take much time, because the army in the game is on average 7-10 soldiers, led by a hero.

Northgard is a successful mix of RTS and turn-based strategy with nice graphics and simplicity of gameplay. The game attracts with a complex and well-thought-out campaign, so many users like it.