NT 21 Draft Simulator + Pack Opener is the continuation of the game franchise from Nicotom 2021 studio, designed for the mobile platforms. It combines soccer simulation with card strategy and time management. There are no active phases in the application, as the only thing that is required of a gamer is a love of football, understanding of the tactics and strategy of football matches. Use internal constructor to compose an ideal team, this is how any match goes in the direction previously given by the player. When disputable situations arise, it is necessary to choose where the goalkeeper will stand, to replace the “tired” players in time. The game is technically difficult and requires close, multi-faceted attention of the gamer. If you are interested in a similar experience, then download also Pack Opener for FUT 21 and Retro Bowl.

If you follow virtual football, then you probably know how FIFA Ultimate Team mode changed the way football simulator was considered. It brings the most money to the developer and is very popular with gamers. In NT 21 Draft Simulator + Pack Opener, the user is also encouraged to open packs and get the best players to their team.

As you can imagine, if you have played such projects at least once, opening a pack is a very exciting moment. Based on the players’ cards dropped from there, you can form a team and defeat everyone in multiplayer. However, in the original game, you have to either work hard on the football fields or contribute considerable and regular amounts of money to earn packs. NT 21 Draft Simulator + Pack Opener allows you to do without such hardships. Here the whole game focuses on unpacking, as you can receive packs free and in unlimited quantities. In single player mode, you can at least all day look at the drop-down cards, subsequently sent to the collection. 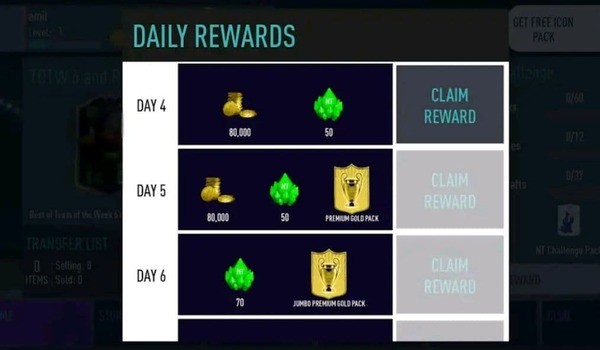 The collection is the backbone of the single player game. This is where all the players you open automatically go. For convenience, it is possible to sort players by league, country they represent, and football club. Have you always dreamed of assembling the full roster of Real Madrid? With NT 21 Draft Simulator + Pack Opener, you can do it! However, for this you have to spend a lot of time, because there are many players in the game.

You will find daily tasks in game, global quests, rating of players and their teams. Many singles and group tournaments are available to gamers:

Come up with the perfect strategy

Every NT 21 Draft Simulator + Pack Opener footballer has a few basic stats. In addition to his position and rating, it is also important to consider the nationality, league and club for which he is playing. If there are many players in a team from one real team – a club or a national team, then the connections between them will be better. Display them in the color of lines connecting the players. If the lines are green, then the interaction between the players will be perfect. 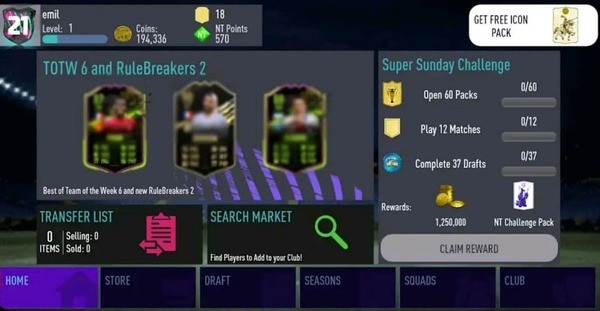 Yellow lines represent medium level of interaction. This can be the case if the players, for example, play in the same league or belong to the same nationality. Well, if there are no matches, then the lines will be red. This metric summarizes all the established interactions. It is very important when simulating a match in single player and when choosing a match winner in multiplayer.

NT 21 Draft Simulator + Pack Opener meets the user with numerous static images of cards with players, so it is not worth talking about high quality graphics. At the same time, in general, the application looks very stylish. It features thousands of cards with players of the past and present.

First, we should say that NT 21 Draft Simulator + Pack Opener is not a football simulator. Strictly speaking, it is not even a sports game. The project is more like a kind of statistical and analytical quest. However, fans of the theoretical aspect of football, as well as fans of building strategies, will find this application incredibly addicting. You start a party with a rogue club that you need to feel with players. Get them randomly from the list of available candidates. You have to collect cards in order to get legendary athletes. 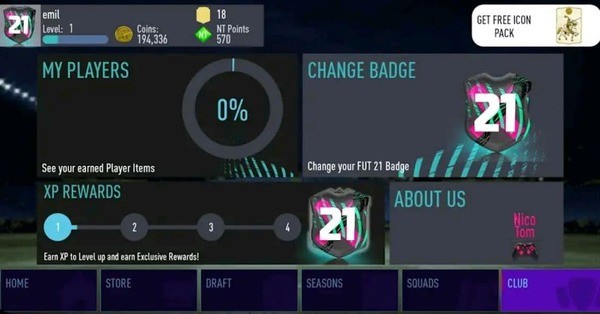 Next, you participate in the match. It doesn’t matter whether it is within a league or championship, or with a random selection. The result of the game depends on how well your players fit into a certain role assigned to them, as well as whether they can play a match in a team. In addition, you have to make important decisions over and over again right on the field, choosing one of several options. NT 21 Draft Simulator + Pack Opener is not a standard soccer game in the usual sense of the term. In fact, it is a huge trainer simulator where decisions are the most important. The better you understand football, the more experience you have, and the more effective your meetings with opponents on the field will be.

NT 21 Draft Simulator + Pack Opener is a serious, thoughtful analytical game, well suited for football fans and fans, those who are ready to plan strategies for hours, testing their analytical skills.