One-Punch Man: Road to Hero is a mobile RPG with cards and turn-based combat that takes players into the universe of the famous anime. Horrible monsters are attacking the city, and you are one of those heroes who are able to protect it. Explore the streets looking for enemies and immediately engage them in battle. At the same time, you will not act alone, but with the help of various heroes united into a team. Before the start of the battle, you can place the fighters in a convenient formation. The battle itself takes place in turn-based mode. You simply indicate targets and activate special skills that take a significant amount of life from the enemy. There is auto fight option, if you are completely sure of victory, you can turn it on and watch from the side how the fight goes. The project includes pumping the characteristics of heroes. Enjoy also several modes: story passage, house of evolution, battle arena and so on. Immerse yourself in spectacular effects, familiar heroes and locations created based on the original plot, high-quality voice acting and other advantages. Also, download The Catapult 2 and Final Gear.

The One-Punch Man universe has many fans around the world, and the game of the same name has become a great gift for all fans of the franchise.

A fascinating story with an Asian flavor

The gameplay of One-Punch Man: Road to Hero can appeal to anyone with a passion for superheroes. Hollywood fighters for justice are famous to many, but the Japanese are less known. If you play a little, it becomes clear that analogs from Asia are no less powerful. Sometimes their capabilities are more powerful than of the bored Batman, Superman and Spider-Man. Maybe Japanese warriors with style and power will soon replace the haughty, self-righteous characters from the West. 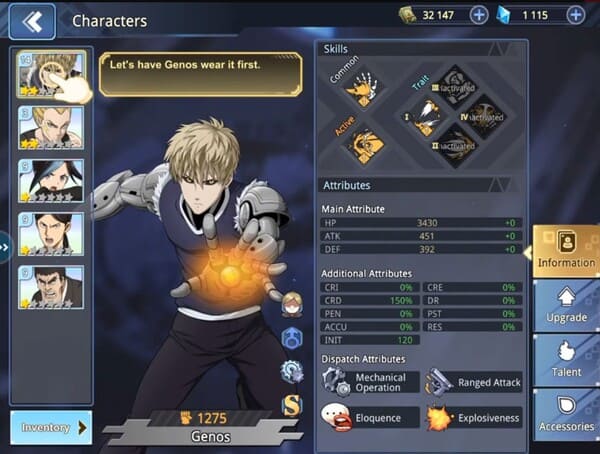 The adventure begins with a plot twist. One monster decided to offend a little girl. Here the top hero of the project, Saitama, enters the scene. This person can destroy an entire planet inhabited by unfriendly creatures. He hints to the monster that it cannot offend minors in a civilized society. Further, the dialogue reaches a dead end, as everything comes down to brute force. Demon-like creature transforms into a huge monster. However, screams, huge jaws and angry eyes cannot intimidate Saitama, he kills the beast, after which it shatters into a thousand small pieces. Your journey begins.

Gather a team of brave heroes

You must collect a team of heroes and clear the streets from representatives of the criminal world, mutants and monsters of various kinds.

Playing One-Punch Man: Road to Hero is not difficult at all, if you unlock the invincible characters:

There are a huge number of fighters on the bright side, as well as antagonists, a whole Association of monsters and many individual crazy villains.

You do not control the actions in One-Punch Man: Road to Hero, but control the activation of special moves. It is possible to pause, double and automate the battle. Superheroes gain rage when attacking or defending. Access to the skill appears when the scale is full. Skills work on a specific target, vertical or horizontal row. Consider this when placing your squad. A successful combination brings victory even over a strong opponent. The strength of the attack depends on the type of attacker and the target: Technique, Physics, Weapon, Psyche and Station wagon. A disadvantage reduces protection. For example, armed characters deal 25% more psychic damage. 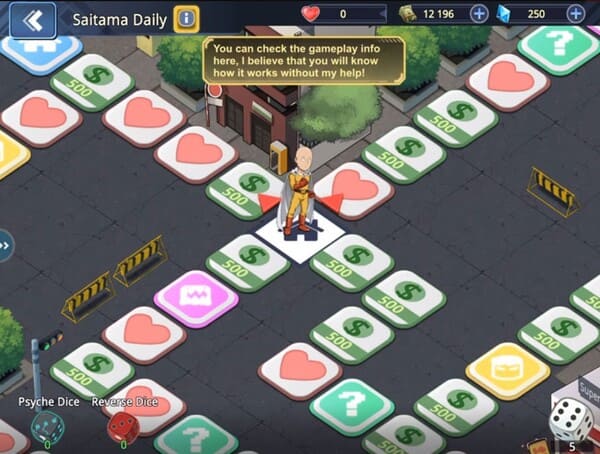 The characters of One-Punch Man: Road to Hero were drawn in 2D in the chibi style – a giant head and a small torso. You see the world from the outside. The cut scenes look like anime footage with original voice acting. You will often switch between battle, city and upgrade screens. Fights are accompanied by cool special effects. There are no graphics settings, but the menu contains an option to enable power saving mode.

One-Punch Man: Road to Hero is a collectible RPG with Idle elements. In the previous version, you moved around the map and went to stages. Now it is possible to do automatically. There are many things in the game related to the extraction of resources. You can go through chapters, change equipment or accessories and invest in development. The game begins with an introduction to an impressive map where three warriors embark on the warpath. The first battles with weak enemy, local bandits, gangsters. Then there is an opportunity to discover powerful warriors. For example, Genos and clash with the crab man. One kind of this mutant requires a good spanking. A creature with human legs, in white shorts, the top is a huge crab. There are quite a few such colorful opponents. 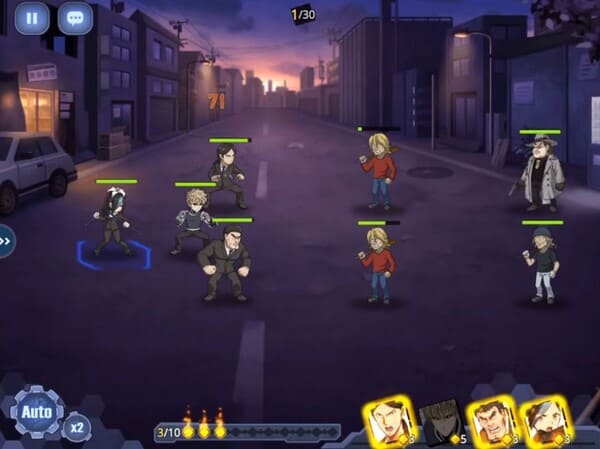 With the transition to the second chapter, the hiring function opens. A free trial works with predictable results. You can get cyborg Genos. In other cases, hire teammates for diamonds, tokens or friendship points. The process itself looks like choosing a random card. The standard comes across with a probability of 51%, the rare – 44.4%, the elite – 4.6%. Sell soldiers in the store. Additional ways to get coins: a gift for entering or participating in an event. The heroes wear clothes. It improves stats and adds bonus effects.

One-Punch Man: Road to Hero is a dynamic game that will appeal to fans of the series, as well as all admirers of Asian culture. Gather a group of experts in the fight against villains, and destroy all the dark forces on your way.