OVERDOX is a battle royale with a cool setting. In it, the user will fight in close combat against various opponents. Choose any character you like, equip him and go to the cyber arena. Get to the center of the battlefield first to get the opportunity to shop in the in-game store and inflict devastating damage on enemies. Dynamic and exciting battles await you, in which up to 12 people can take part. There will be only one winner. Call friends or challenge strangers, as the main thing is to achieve victory. Do not forget to download also Rocket Royale and Tank Stars 2. 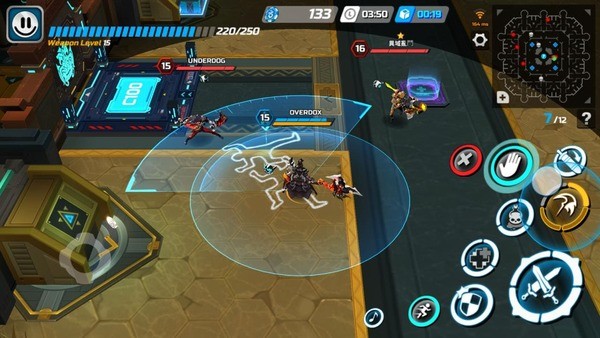 OVERDOX is a very dynamic project with many followers. If you are not one of them yet, then check out all the details of the game.

When it comes to killing other players, there is one key difference between this project and the rest of the Battle Royale games. Here a strong emphasis focuses on hand-to-hand combat. Players can swing spears, large swords and clubs to destroy each other. This weapon is not found anywhere (it was chosen before the match), but boxes and other bonuses give your character special recovery abilities. They can be useful to you in battle.

You also have a chance to increase your strength over the course of a match by killing AI robots that appear in random areas to increase your weapon level. This gives you more damage. Upgrading weapons seems to be the key to success in OVERDOX, but it does not guarantee victory yet. Being a great fighter in this game includes managing your stamina, cleverly using special abilities and being able to predict attacks to defend or parry. This can make some of the battles intense and unlike any other Battle Royale.

OVERDOX users note that the epic and exciting process allows you to feel fun for a long time. Equip yourself with the best outfit, find allies, and just invite your friends to pass the time usefully. Break into the battlefield to enjoy the process. This game supports online mode, so you can fight with players from all over the world. In total, up to 12 people can perform on the battlefield. 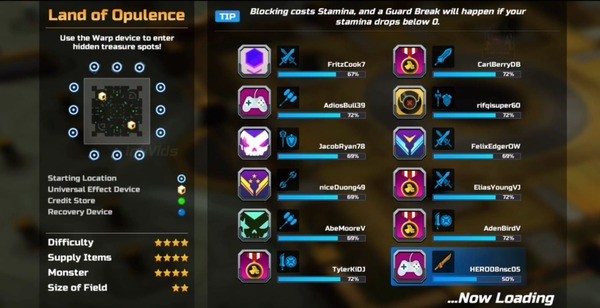 Speaking specifically about the combat mechanics, it looks like this. A dozen players appear at predetermined locations at the edge of the battle arena. From here, they need to make their way to the center of the map (where the circle eventually closes), and they should collect credits along the way. You need to pay 100 coins to enter the very center of the map. Get by breaking banks, opening boxes or killing enemies.

OVERDOX has cool 3D graphics. In addition, you will hear realistic sound component that fully immerses you in the events taking place on the screen.

We bring to your attention a mod that makes it possible to use a special mod menu. There you can activate the mode for dumb enemies and monsters. Therefore, opponents will not be able to attack you.

The game, which includes elements of close combat with one or several opponents, allows any player to transport to a fantastic arena in a spaceship. At the very beginning, you can choose a character who fights with the help of a gamer, at your discretion. Only 12 people participate in the battle, which reduces the list of combat units, but does not make the game less fun. Carry out choice of a fighter in a simple way, leafing through them and in the list, studying their abilities.

Each fighter has his own specific weapon that will destroy everything around him. The armor protects against attacks from opponents. You can play as a male or female fighter. After making the choice, then you can proceed to the game itself and perform all the actions suggested by the gameplay. Namely, you need to move towards the designated goal, crushing opponents and collecting points and coins.

The first levels of OVERDOX do not seem so difficult and are easy to pass, but it becomes more difficult to move forward with each new round. Moreover, attacks of opponents will become more fierce and furious. On the way, the main character finds chests containing rewards, which it is desirable to collect, so that you can later buy improvements with its help. The playable character will fight unexpectedly enemies from all sides. You can deal with them by engaging in close combat and using the abilities of your hero.

OVERDOX is an addicting multiplayer game with one principle difference from competitors is that the battles in the game take place in hand-to-hand mode. Choose your fighter and join the battle.