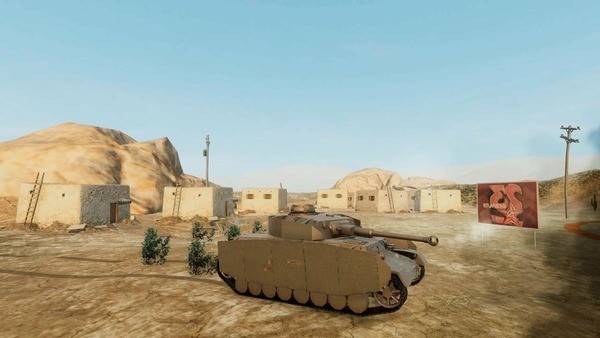 Panzer War is an action game for Android mobile devices from ShanghaiWindy. Plunge into the world of battles and combat actions with the help of this game and become the best tanker. Defeat as many of your enemies as possible using not only tanks, but also planes. Choose yours and go to war! Try also the cool tank battles in Hills of Steel.

Control your battle tank and crush enemies during the battles. Aim the cannon and attack everyone on the battlefield!

Realize all your capabilities and combat skills with the help of a huge variety of combat vehicles. Choose the tank that suits you best. Buy new tanks during Panzer War and collect your all of them. There are over 80 tanks in the game, which differ in power and structure. Here you can recognize such tanks as WW1 or tanks of the Cold War era. Evaluate the tank strength correctly and enter the battle with your own specific battle strategy. Find out the difference between tanks and study the characteristics, because everything is real in the game. Fans of action games will especially appreciate this simulator. Lots of shots and explosions simultaneously amaze you and make you fight everyone on the spot! Forward into the game, no battle awaits!

The developers of Panzer War have tried to make the game unique and interesting with a variety of modes. Now the battles are not so monotonous and boring. Various kinds of battles with different tasks won’t leave you indifferent. The app features standalone games such as WarThunder or Total Tank Simulator. A variety of battle modes makes the game truly unforgettable. Drive a tank and go through battle after battle. In addition to the tanks, new version of the game provides one more feature – aircraft battles.

Since developers originally conceived Panzer War as battle game in which only tanks participate, they decided to diversify the game and add air fights. Now you can choose your own jet among huge selection of aircrafts with real characteristics. Attack not only on land, but also from the air! Aerodynamic laws operate here, as on earth, so there is no fiction, as everything is real! Move across new territories made on huge maps.

The app has a well thought out gameplay without fantastic and unbelievable implementations. All the characteristics of tanks are real along with its strategy of fighting. Everything here obeys the same laws of physics as in the real world. So when fired, all bullets move according to the law of universal gravitation, which can be done accurately and quickly. The tanks have independent suspension. All the scopes are accurate enough that the simulator no longer seems such a simple game for fighting.

Get into online battles

Don’t play alone, invite your friends to the addicting Panzer War adventure! Fight with the rest of the users in online format, making the gameplay even more real and exciting. After all, competition spurs excitement and forces you to play repeatedly until victory over the enemy. Challenge all players on the planet and become the best of them!

The excellent graphics of Panzer War allow you to fully immerse yourself and enjoy the battle simulator. Colorful and sufficiently detailed tanks and planes pleasantly surprise you, because they are exact copies of the real originals. The musical accompaniment is epic, which sets you up for battle. All sound effects are quite realistic.

Our mod opens up a number of new possibilities for you, because all in-app purchases become completely free. You no longer need to wait when you buy a new tank or plane.

Our team has tested the functionality of Panzer War mod for free purchases. The test results delight all users of our website, since the game works perfectly. After entering the game, all the tanks become open for you, as well as other vehicles that you can use in the game. Thus, you can immediately choose any model of combat vehicle to go fighting. It is worth noting that Panzer War is quite demanding on the resources of an android device, so the owner of weak gadgets should configure the necessary graphics. In general, you can safely enjoy the unlocked gameplay.

Shoot your opponents from cannon or attack them from the air. Choose a combat vehicle to your liking. Accurate aiming and trajectory calculations strike your opponents down immediately. All the characteristics of the technique are accurate, as in real life. Join the battle and become the winner!

Panzer War is a kind of combat simulator where you can use tank or an aircraft. Fans of military equipment can especially appreciate this game, as all perfectly detailed vehicles represent exact copies of the real ones. Allow yourself to simplify the discovery of new tank models with our free shopping mod. Make your game easier and more amazing!

How to install Panzer War Mod?

Don’t forget to delete the original version of Panzer War before installing our modified version to prevent errors during installation process. 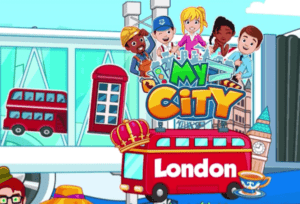