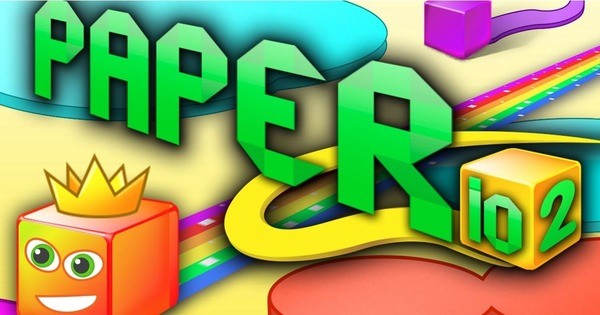 Paper.io 2 is a fun multiplayer arcade game that will make you feel like invaders of foreign territories. Control the cube and take their land from other players. Climb to the top of the leaderboard and occupy the largest area while protecting your space. Bigger size means more chances of not keeping track of your space. Be attentive and a lot of fun awaits you. You start with a small area, gradually expanding your holdings to a huge scale. Control a small cube and move around on a huge round map. You will definitely encounter many opponents on the way, where you can and should stay away in the early stages of the game and try by any means to capture their color and paint the map in your own. This task is not easy and you have to apply all your dexterity, controlling the character. We also recommend Red Ball Super Run and PAKO 3. 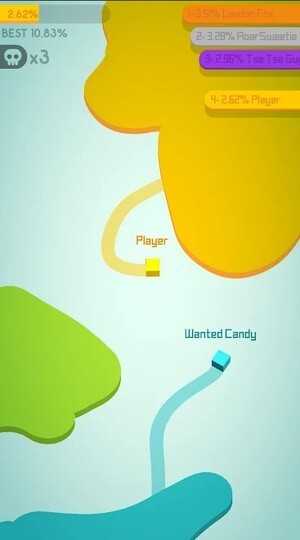 As you can see, Paper.io 2 has over a hundred million times. Number of user reviews exceeded 1.5 million, which indicates a high level of interest. The rating is 3.6 points.

Gameplay of Paper.io 2 will not surprise you with a special variety, but it can help you to have fun for some time. Local gameplay takes place within a large flat location, the entire area of ​​which you need to repaint in your color. To do this, you need to create a closed contour so that the territory inside the contour becomes yours. Your rivals will do the same. Here you do not have to fight in the truest sense of the word. Throw an opponent out of the match if you manage to touch his contour before the enemy closes it. That is why we mentioned earlier that experienced players here try not to create a huge contour in order to have time to close it.

Track capturing every piece of territory in Paper.io 2 on the leaderboard, which changes in real time. If you own the largest percentage of territory, a crown will appear over your character. This percentage determines the value of the record you set. Do not worry, even the most experienced players rarely manage to get one hundred percent of the area on ​​the map. This is because destroyed enemies are gradually restored here, appearing in the most unexpected places. Keeping track of them is almost impossible, so complete dominance on the map is more of an accident than a sure achievement of a set goal.

Take advantage of the coolest skins

Paper.io 2 does not offer any kind of end-of-match rewards. As a specific element of diversity, skins not only change the appearance of the character, but also change the color that characterizes the territory you own. Get skins for completing a variety of achievements. It is about destroying a certain number of opponents, capturing a fixed percentage of the map’s territory and so on. Carry out achievements here on your own, so just follow the set goal. Track other users and their paths. Do not rush at them lightly, especially if they are in their own area. The same principle works when you find yourself on your site. 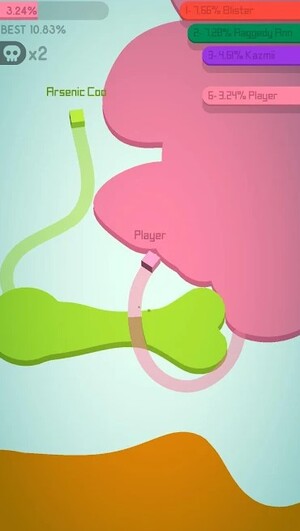 The game features colorful and stylish design. Minimalistic style of graphics allows even users of the weakest devices to enjoy the game. In order to play, you only need an internet connection and a stable connection speed.

Download Paper.io 2 mod APK, which will unlock all the skins for your hero.

The larger your territory in Paper.io 2, the more often opponents will take your pieces of land. Walk around your perimeter and do not let anyone enter your space. Catch other players and cross their lines in order to incapacitate them. Be careful! It is unpleasant to lose all huge progress with one awkward movement. Try to be attentive and pay attention to the attacks of other players.

Collect big kill streaks by cutting off player stripes and get nice rewards. You will always see your occupied area in the upper right corner and your kill count in the left. Strive to seize territory, destroying leaders and take land from them, becoming more and more. Reach the maximum size and get the most valuable prizes. 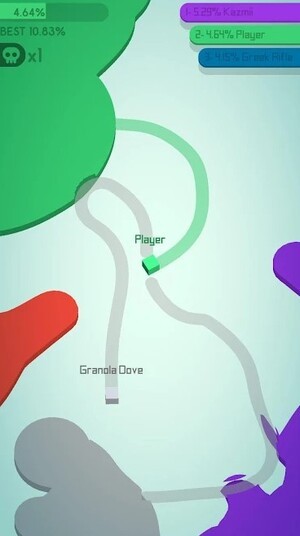 Upon reaching a certain captured level or killing the required number of players, you will unlock access to special skins in Paper.io 2 that will decorate your character and allow you to play not with an ordinary cube, but with one of the animals or even a real tank. The more you progress, the more interesting the reward available! Collect the maximum number of achievements and get amazing bonuses that even your opponent will envy!

After losing, you start all over again. The color of cube changes with each appearance. Do not forget that all the players around are your enemies, who can attack you and try to kill you at any convenient moment. As a map, developers presented a monotonous location here – a large white field. The spawn point also plays a big role, because by appearing in the corner of the map, you provide yourself with cover from at least two sides.

Paper.io 2 is a great solution for those who like to spend their free time with benefits for their mind. Players will be pleased with the simple controls, entertaining process and many game modes, including multiplayer.