Developers from all over the world imagined afterlife in different focuses. There were both terrible torments and endless fun in it. Peace, Death 2, with such a sonorous name, shows us what is on the other side in the form of endless working days filled with jokes and references. We play, as before, for the reaper-distributor, who day after day sends incoming clients to him in three directions: heaven, hell and purgatory. This work only seemingly seems simple. In fact, most of the distributed ones strive to confuse and pretend to be someone they are not. By the way, do not forget to play other cool games on Technifiser – Flip Diving and Toon Blast. 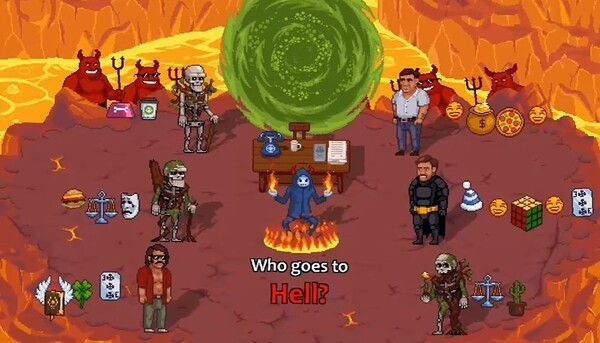 The sequel has chosen a slightly different direction. In addition to a bunch of additional quests and several locations to explore, it brought changes to the basic gameplay. If in the original you had to work with one client, choosing where to send him, then there are six of them at once in Peace, Death 2. You need to decide who matches the characteristics of the next shipment, which destination arises automatically.

The main difference of Peace, Death 2 from the first part is the absence of a timer. If earlier sinners had to be scattered to the sides with incredible speed, now you can relax those awaiting distribution will not run away. Unless you need to keep an eye on the former murderers, they so want to slaughter the reaper that they even shake a little. It is no longer necessary to define each specific character in hell, heaven or purgatory. It is sufficient to process requests from these locations by sending one of the six candidates submitted to them.

Although there are no time limits now, the task does not become much easier from this. Moreover, with each new working day it becomes more difficult. People are trying to smuggle weapons into the underworld, demons sometimes have positive characteristics to send to heaven. Goblin traveling salesmen give out to everyone in a row items that interfere with distribution. The variety of clients and their characteristics is enormous and is constantly increasing. Food deliverymen appear, tossing the forbidden pizza to everyone, and bureaucrats reverse the distribution conditions. The reaper should not relax for a second. Otherwise, he can lose his job and drag out a miserable existence on the street in the company of the same losers.

The office in its classic form

In Peace, Death 2, reapers are not powerful creatures who decide the fate of people at their discretion, but ordinary office workers. They have strayed into a trade union and by any means try to prove to the higher powers that they cannot do without them. The problem is that, like real office workers, they only dream of drinking tastier coffee and working less. They could not even get themselves a weekend off. Therefore, our ward, the reaper, as the most responsible, tries to put things in order in this chaos and take the manager’s chair. Colleagues in the trade union issue side assignments, for which you have to travel the world. Here you need to buy coffee for your mentor and there you can test the inventions of a local scientist. Nothing complicated, just diluting your daily work with fun quests. 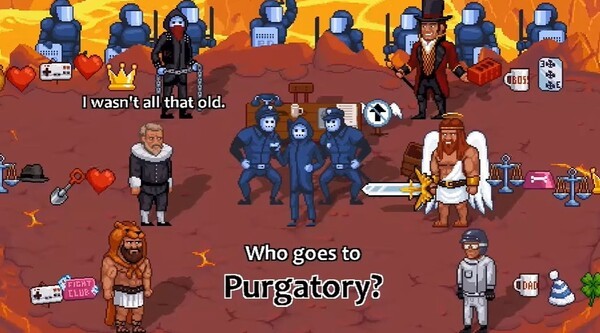 If you want to complicate the main work in Peace, Death 2, then you can take additional tasks from one of the four equestrians of the apocalypse. Plague will propose to send out its rat agents on the sly in all three directions, in pursuit of clients. War needs to collect a cart with weapons during a working day, and hunger needs food of a certain type. Death, on the other hand, is most interested in scrutinizing clients. These missions are optional, but real ending is impossible without them. If this does not seem enough, then you can take additional contracts in the trade union that complicate the starting conditions of the working day or extend it. If you really enjoy the work of the distributor, then these contracts will spice up the workdays and help in becoming a reaper as a manager.

Peace, Death 2 features pixel art. You might have seen something similar in Terraria and Hotline Miami. All the characters and decorations of the Tomb of Death look like games on consoles such as Dendy or Sega Mega Drive. Such graphics are for amateurs, but connoisseurs will love it too. For its format, the game has a nice picture. It can cause nostalgia for those who were born before the year 2000. All the time you work as a reaper, you will be delighted with a cheerful and dynamic musical theme, urging you not to delay the distribution. The rest of the soundtrack is no worse and there is definitely nothing to complain. 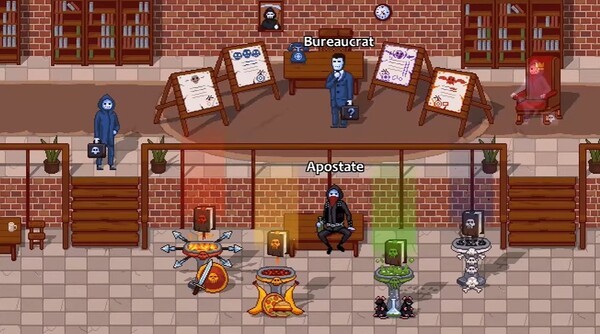 As with the first installment, Peace, Death 2 is a paid game on the Play Market. Let the amount be minimal, but not every user wants to spend a dollar on the purchase of an arcade project. We suggest you download the game with unlocked mod. This way you get unlimited access to gameplay and functional. You will be able to distribute the souls of the dead at your own discretion.

Peace, Death 2 got rid of the timer and slowed down a lot in dynamics, but it is still interesting to deal with distribution in this caricatured afterlife. Sometimes your head is spinning from the abundance of local rules. However, once you understand them, it will be a real pleasure to distribute clients.