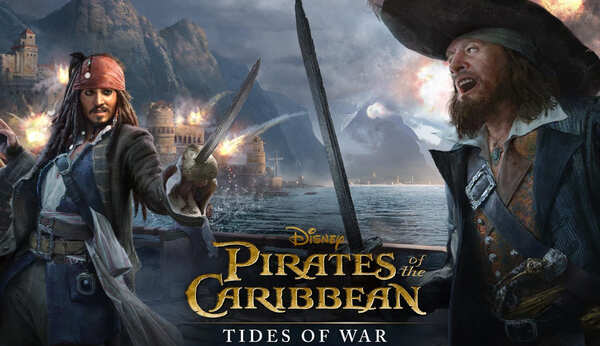 Pirates of the Caribbean: ToW is a military-economic strategy pirate simulator with RPG elements. You have to deal with trade and military affairs, develop your city and explore new locations. During the walkthrough, you meet famous heroes, including Captain Jack Sparrow. The main goal is to constantly develop your island, strengthen fortresses and improve the territory, as well as participate in epic sea battles. In some cases, your character have to travel around the area and solve problems on land. Face incredible battles and deeds of ancient times. You can also visit the most unusual places and get rich together with your team. If you are interested in the pirate theme, we suggest you play Pirates Outlaws.

Pirates of the Caribbean: ToW needs no further introduction, but to make it clearer, let’s talk about the main features of this game.

Meet your favorite characters from the saga

You are invited to play as a yet unknown young pirate, whom fate brings with the lost memory Jack Sparrow and his senior assistant Gibs. Just complete a short introductory course on game basics and familiarize with the main plot. The main storyline requires from players to help Jack in bringing back forgotten memories. You need to do it by visiting the witch who keep all Jack’s memories in bottles in the cave. Throughout the story, you also fight shoulder to shoulder with Captain Barbossa, Will Turner and other great heroes. 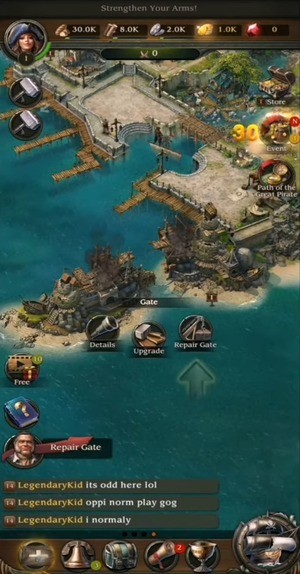 Build a fleet and recruit a team

Pirates of the Caribbean: ToW allows you to manage your city in order to make it a reliable base for building your fleet. The first step is to build the necessary buildings. You need the field to provide the fighters with food, while sawmill can build your ships. Then you need to hire a team. Naturally, you need to look for a pirate in a pub. Recruit the right number of people. It takes time to train them. However, the game has the ability to train soldiers instantly if you have enough funds. Initially, the construction accelerator gets free, but in the future, you have to pay for it. It is worth considering that you can send no more than five ships on one voyage. It is also worth developing ships gradually. Remember, you can sell junk or obsolete ships. You can unlock cooler ships by studying them in the science center. All ships in the game have a lot of different characteristics, both combat and other types of hold, speed and rudders.

Set off on a dangerous voyage

Your first sea adventure in Pirates of the Caribbean: ToW is mermaid hunting. Go sailing, by switching to the general view mode, where your island is only a small point on the map. Choose the place you need and the ship will set sail. The attack occurs automatically, you cannot influence it. Therefore, it is better to assess your strength in advance and not attack superior rivals. Every successful attack rewards you with loot in form of treasure, food and experience. There are many interesting activities for the pirate on the global map, such as hunting other monsters and attacking merchant ships. You can attack and capture islands with resources, food or silver, as well as entire cities. 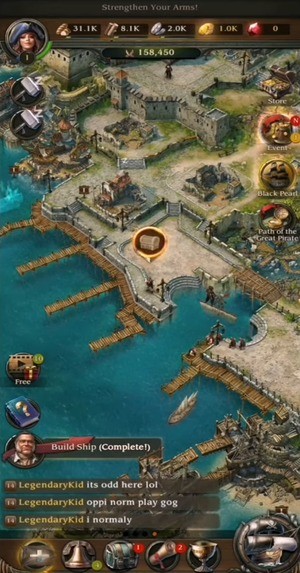 Challenge online players from all over the world

If you are tired of fighting against monsters and dealing with the economy of your island in Pirates of the Caribbean: ToW, then team up with friends and follow together towards dangerous adventures. You can also attack other players to get as much fun as possible from the passage. Subsequently, it is possible to create alliances with other players in order to surf the sea together, terrifying enemies.

Pirates of the Caribbean: ToW offers gamers some high-end graphics. Developers made recognizable ships from the films and beautifully rendered portraits of main characters. There are many animations and beautiful effects. The sounds and music in the game are no less beautiful and don’t cause any complaints. This project really stands out from the competition with its high quality and colorful picture and stylish design. 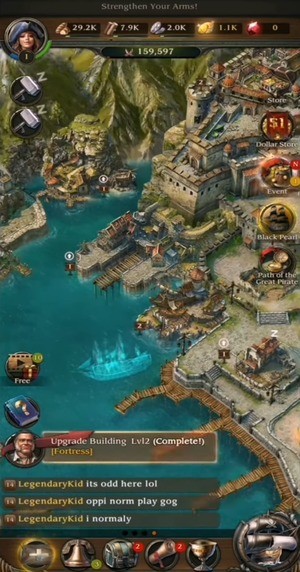 We bring to your attention unlimited money mod. It can make your Pirates of the Caribbean: ToW playthrough a little easier. You no longer have to puzzle over where to find money to improve your fleet and recruit a team.

Based on the test results, our editorial staff can confirm stable operation of the Pirates of the Caribbean: ToW mod for unlimited money. They appear on your game account immediately after installing the game. Everything is completely safe. The game runs fast and doesn’t crash. Please, note that the latest game version doesn’t have any additional features as it’s well-protected. We will add working version as soon as possible.

Your main character levels up just like in any role-playing game. As he gains experience, he increases his level, and you can manually distribute points into three different branches. Upgrading system has three branches: pirates, ships and financial for development and buildings. You can only invest your points in your own branch. 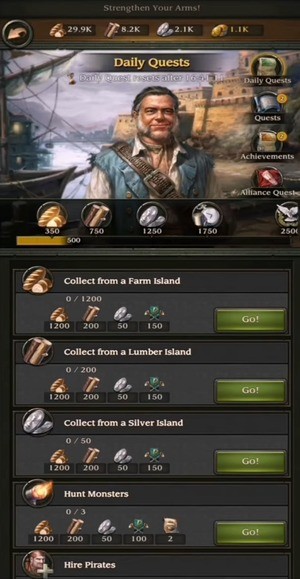 There are many buildings in Pirates of the Caribbean: ToW. You can find resource-producing buildings like farms and mines. Moreover, there is a tavern where you can hire a crew for our ships. Your hero can visit cannon workshops and armories, as well as a forge, where you can create equipment for the main character.

Drink rum, rob caravans and fight your opponents. Take all the resources you receive to your personal island. You can also trade. You need to develop your own infrastructure in order to obtain the necessary items. Everything is interconnected. The game automatically creates your island in any area in the middle of the ocean. Both allies and enemies going about their business can pass it by.

Science is also developed. You are able to conduct research in five areas and design effective strategies. For achievements, you get additional points and bonuses to each of the skills.

The creators of Pirates of the Caribbean: ToW have made a great game in the famous universe. Using the mechanics already tested earlier, the developers breathed new life into it, adding elements from the cinematic universe franchise. If you have always dreamed of surfing the sea drinking rum, then this game is definitely for you.

How to install Pirates of the Caribbean: ToW Mod?

Don’t forget to delete the original version of Pirates of the Caribbean: ToW before installing our modified version to prevent errors during installation process.