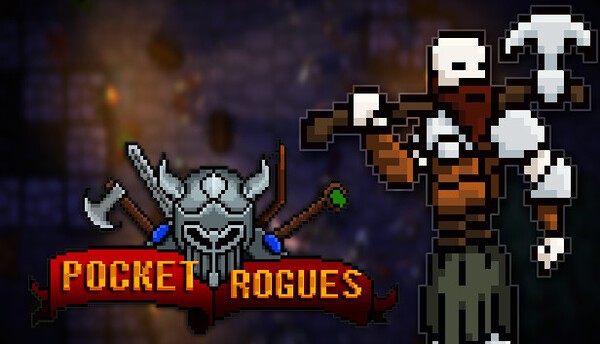 Pocket Rogues: Ultimate is a mix of RPG and roguelike developed by EtherGaming studio. For centuries, different heroes wanted to get hold of countless treasures hidden deep in the catacombs of the dungeon, but no one was able to achieve it. The time has come to conquer this ominous place and do what the predecessors failed to do. Explore the floors of the dungeon where you have to kill the monsters you meet, pick up loot, coins and potions. Avoid traps and fight giant monsters. Free combat system, three heroes: a knight, a shooter and a wizard, pixel style, unique environment for each floor, pumping, a lot of items and difficult boss fights will require maximum concentration from the player. Among other role-playing projects, we advise you to check out Pokemon Quest and Bistro Heroes.

Various dungeons, locations and monsters will lure you into a real whirlpool of events. Read more in our review.

Every adventure is a new game

Pocket Rogues: Ultimate gameplay is a mix of RPG and roguelike. There is a system of pumping a character and skills familiar to everyone From RPG. The game received a system of randomly generated dungeons from the roguelike. Even when choosing a location, the player can never be 100% sure what can await him at the next level. It may be ordinary catacombs with boring rooms and bare walls, or perhaps there is a passage to the boss’s lair or the camp of a roaming merchant. 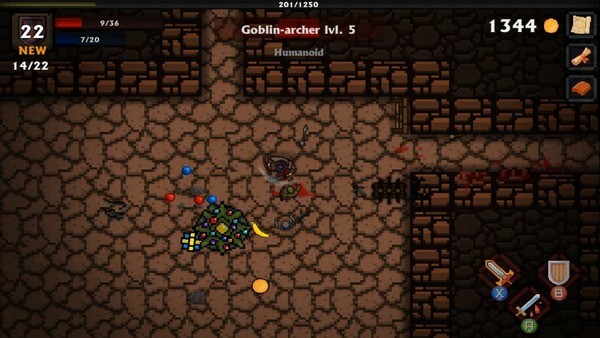 However, the most interesting thing is how Pocket Rogues: Ultimate combine these two genres. Every new dungeon trip is a new game. With him, the player only has the skills and characteristics that he pumped to the character earlier. Collect loot, upgrade experience in the dungeon, and sell everything for gold after death. The main currency allows you to improve your fortress and buy useful items for the character.

As with many RPGs, Pocket Rogues: Ultimate have four main stats – Stamina, Agility, Strength, and Intelligence. Endurance is responsible for the character’s Health Points and their regeneration, Dexterity – for movement speed and resistance to poison (there is a huge amount of it in dungeons, which makes the characteristic quite useful), Strength affects one-time damage and resistance to petrification, and intelligence increases the number of Mana Points and their regeneration along with physical protection.

In general, the system is designed for uniform pumping of all four characteristics. After spending all your points on intelligence, you will get a character who is able to cast spells one after another, but dies from two or three hits of the weakest zombie on him. On the contrary, if the player focuses on strength, he will get a character that can beat opponents from his hand. Using spells will become a difficult problem, since there will be very little mana.

With pumping of abilities in Pocket Rogues: Ultimate, everything is as simple as possible: the player has class buildings in the fortress, which opening gives access to the next class. In addition to the basic one chosen at the beginning of the game, you can freely change the classes. Upgrading these buildings increases the maximum level of the character’s abilities. There are such buildings in the fortress as a hospital, fighting pits, and so on. Improving them gives the character a bonus to HP, MP, critical hit chance, and more. 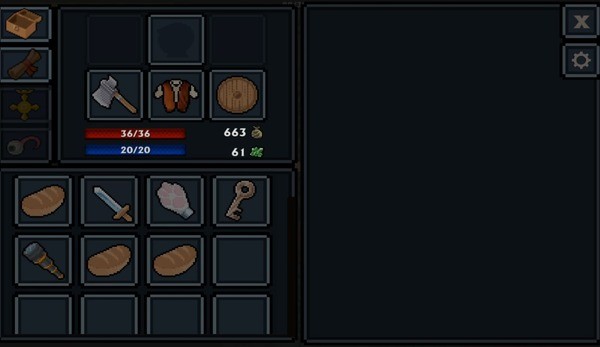 Pocket Rogues: Ultimate features a variety of weapons and items. All equipment is divided into several categories: common, rare, ancient and legendary. Items, starting with a rare quality, have certain bonuses to their characteristics. Some increase damage against undead by 20%, others increase damage done by three units. At the same time, similar bonuses from different things do not add up. Therefore, you are unlikely to succeed in collecting a character with a huge amount of vital energy. However, such a system will bring many different gameplay options even without this.

Players will be pleased with the graphics and music. The graphics in Pocket Rogues: Ultimate are beautiful and the soundtrack is impressive with its versatility. All these elements create an unforgettable experience and positively influence the game atmosphere.

Gold and crystals are the main currency in the application. They buy companions in the menagerie, open necromancers and berserkers, as well as new things and potions. We suggest downloading a mod for unlimited amount of money so that you do not have any problems.

Pocket Rogues: Ultimate will not make you bored because it has addicting gameplay. Players need to fight monsters and defeat them. Moreover, you can walk through various dungeons using numerous types of weapons, finding new heroes and building towers. The game has well thought out unique locations. It is an amazing combination of interesting play style with numerous traps and objects. New version allows you to unlock new characters and new game mechanisms. Your goal is to build your own fortress. Heroes have own unique abilities and super powers. Players will love the sheer amount of gear and classes. 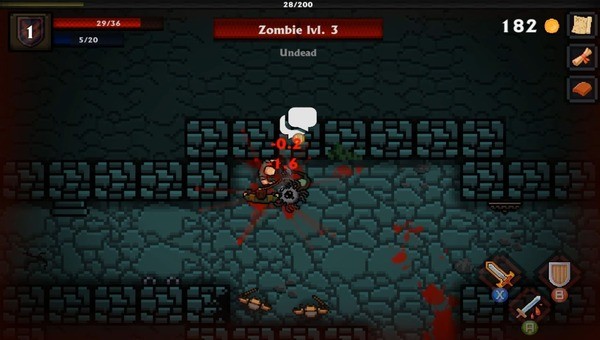 Another interesting feature of Pocket Rogues: Ultimate is its economic system. First, there are no advertisements here at all. Crystals are available for real money, but getting them in a fair game is not difficult. At the start of the game, you have 60 crystals. Moreover, you can receive another 20 to 50 crystals every day for completing daily quests. Killing bosses and strong monsters brings 1-5 crystals from each. Therefore, collecting 100 crystals for a companion or 200 for the discovery of a necromancer does not seem such a difficult task.

The complete absence of ads, interesting gameplay, cute graphics and a gorgeous soundtrack in Pocket Rogues: Ultimate may impress the majority of RPG fans. That is why we recommend to all connoisseurs of the genre to familiarize themselves with it.