Portal Hero new action game from CASUAL AZUR GAMES. This developer is famous for his simple and uncomplicated games, designed primarily to kill the user’s time. Here you will not see a convoluted plot or any complex gameplay. The main task of the player is to open portals for your enemies to enter, and place the second portal in such a way that the enemy flew away from the map or onto an obstacle. The portal opening scheme resembles the cult game Portal. Locations also have a variety of items, such as fuel barrels or acid pits to help you deal with your opponents. If you prefer simple games then download also Mega Ramp Car Jumping and 100 Years: Life Simulator.

Portal Hero was released in early June 2021. Over ten thousand people downloaded the game in a few days and its average rating is 4.2 points.

Portal Hero required from you to be quick-witted, since it is not so easy to arrange the portals in the correct way. At each of the levels, several people go straight at you to confront. If they get through, then you will die. You are wearing special gloves that can summon portals. Open the first portal on the floor – under the feet of the enemies. However, you need to think about the location of the second. As a rule, levels have additional attributes where you can aim. It is advisable to try to do so that the enemies, leaving the portal, flew into the abyss.

Use means at hand to win

It would be too boring to throw people into the abyss, so the developers of Portal Hero have saturated the locations with various interactive environments that fit perfectly into the game. First, there are many barrels of flammable oil on the levels. If you throw the enemy there, the barrel will explode and he will burn. In addition, there are containers with water and even acid on the maps, where enemies can die instantly. Do not forget about the abyss that surrounds the player from all sides. You can deal with enemies in many ways in this application. The main thing is to show imagination and a little ingenuity.

Simple controls, as well as addictive gameplay make Portal Hero as accessible as possible. In addition, the game seems to be a good time-killer, especially since it is really addicting. Realistic 3D graphics create an immersive effect and the physics seems quite authentic. If you are tired of the main character, you can change his gloves. Customize them using the money that you earn at the levels. The project works great offline, so you can play as long as you want. With high smoothness of gameplay, responsive controls, as well as a high-quality picture, it will not be difficult to enjoy the game.

Portal Hero has three-dimensional graphics, but no frills. The graphics here are what a time killer should have. It does not pretend to be cinematic, but at the same time pleasing to the eye. There is practically no sound in the application. Some users may consider this a disadvantage, but it is a common situation for CASUAL AZUR GAMES.

Every successful level in Portal Hero brings you in-game currency – dollars. You can spend them on purchasing skins. To make it easier for you to unlock and buy all the skins, we suggest you download a mod for unlimited money. Therefore, you can change the gloves of protagonist and add new colorful details to them.

Projects like Portal Hero are time killers. They assume the presence of the simplest possible mechanism for manipulating the gameplay, simple rules, as well as potential for competition and overcoming many levels. Simple repetitive actions make the user relax, for a while forget about their own stress. Naturally, this genre features unspoken canon of plot component absence, either completely or partially. There is still a certain story, but it is short and gives an idea only of global things regarding the inner world. However, we cannot call the lack of narration in case of this game a serious drawback. Attempts to come up with a story in this game would seem inappropriate.

Overall gameplay is divided into levels. Each level often has several locations where enemies are waiting for you. In general, all locations are visually similar to each other, which is a little frustrating. The global task of the hero is to get to the helicopter that is waiting at the end of the level. To do this, you need to go through several defensive lines of red men who are attacking you. This is where your Portal Gravity Gloves come in handy. Try to do everything right and get your opponents out of the way.

Portal Hero is the simplest time-killing game. Nevertheless, you still have to think a little. If you like to strain your brains and relax, then we advise you to download the application in question. 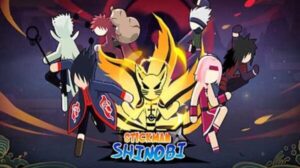 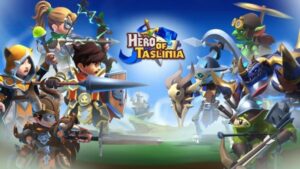 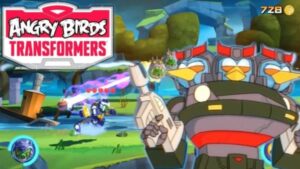