Power Rangers Morphin Legends is a dynamic role-playing strategy based on the popular series that offers all fans to plunge into interesting adventures. Fight in turn-based strategic battles with enemies on the rooftops of buildings, in sewers and other noteworthy places. Overcome over 70 stages divided into several separate chapters to defeat many deadly bosses. Improve dozens of characters and reveal all the abilities of the heroes. The game will appeal to all fans of the universe, because it has wonderful graphics and exciting battles. If you are an RPG fan, then we have also prepared Dungeon Ward for you – rpg offline and Decisions: Choose Your Stories.

Many in childhood adored the Power Rangers. Cartoons, games, comics, cards, stickers – what was not in the setting of this universe? Now you can refresh your memory by downloading Power Rangers Morphin Legends. 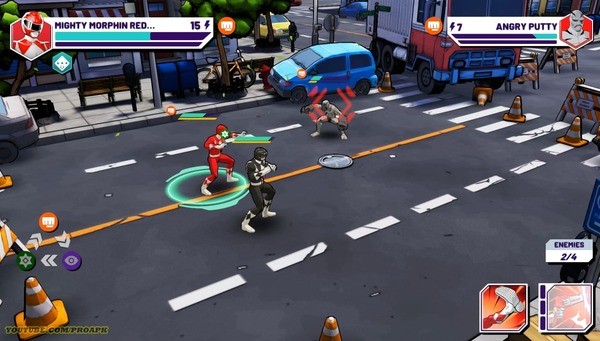 The main campaign includes dozens of levels that do not last long. Developers have provided additional adventures that allow you to play as Rangers and many other characters whose history can be very interesting to learn.

You get the characters themselves from special packs. Find heroes of varying degrees of rarity and strength in them. Each hero belongs to a certain element, which allows you to combine strengths in battle. Upgrade characters with the help of special items. Separately, it is possible to pump their abilities.

As mentioned earlier, the entire gameplay of Power Rangers Morphin Legends takes place in a turn-based strategy format. First you attack, and then your opponent. By killing ordinary monsters, you will gradually move towards the boss. As for the battles themselves, they take place in semi-automatic mode.

You will be able to choose the target that your loyal warriors will attack first. You can also use the special skills of the characters. As you progress through the game, you will be able to unlock new ranger abilities. Purchase it for in-game currency, which you can earn in sufficient quantities during the gameplay.

The gameplay of Power Rangers Morphin Legends follows a common pattern, so you should not have any problems here. You have to fight in the style of wall-to-wall in each of the modes. Prepare your squad before each level or battle in the arena. During the fight, the heroes make attacks on their turn. The battle does not take place automatically. 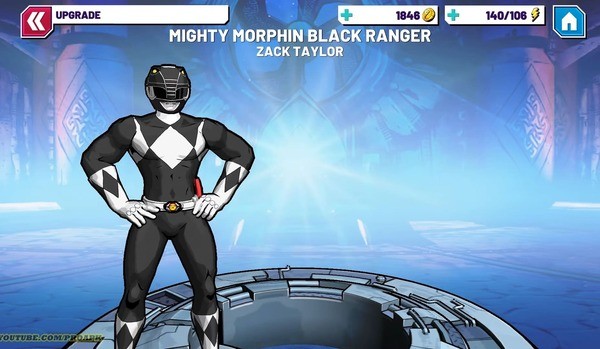 You need to choose the targets and superpowers that your characters will use. The levels here contain several stages. At each stage, a group of enemies will be waiting for you, which you need to destroy. The final stage is often a mini-boss battle. If we are talking about battles in the arena, then here you have to fight against units of real users. In such battles, you have some advantage, as artificial intelligence controls the opponent’s heroes.

The graphics are 3D and very colorful. In addition, militant music sounds in the game, which only adjusts to the fighting mood.

We bring to your Power Rangers Morphin Legends mod, in which you can set attack and defense indicators at your discretion in a special menu. In addition, we removed all ads in the mod so that nothing distracts you from the gameplay.

The game immediately throws into battle. Battles with rivals are an alternate exchange of blows. You can choose an opponent to attack and they can meet in groups – as well as what kind of blow to hit him. Initially, only a standard strike is available, but abilities open as you progress through the game. 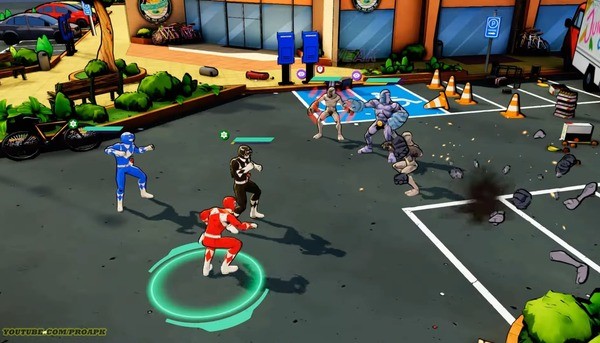 Thus, the game is a turn-based tactical battle with a variety of enemies, punctuated by short dashes that the characters make on their own. There are also bosses in the game, fights with which require a special approach and care.

Each hero has a pumping scale. The number of stars above it determines the level of a character card. As the level increases, new special abilities appear. Use basic attacks as often as you like, while special ones require several moves to recharge.

Video games based on animated series just give the publisher a guaranteed profit, but there are exceptions. Power Rangers Morphin Legends is ready to offer a compelling story and deep gameplay that will appeal to gamers with a variety of preferences.