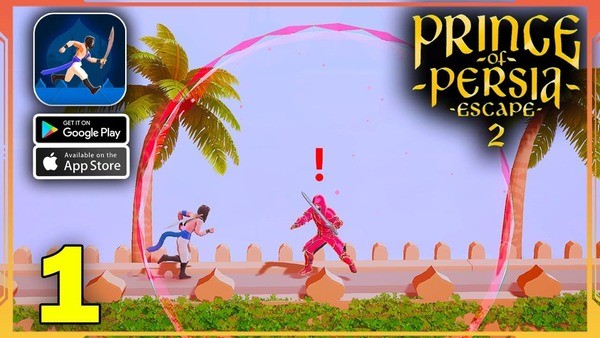 Prince of Persia: Escape 2 – take the prince past a series of traps and get to the exit from the level. Be careful, this is not at all easy to do, because there will be abysses, sharp spikes sticking out of the walls and other types of obstacles. It will take excellent reaction to calculate the correct time to make jumps, hook on protruding blocks and perform other actions. The main thing is not to give up, try repeatedly until you manage to overcome all the traps. There will be gems on the way, collect them to unlock various skins. Enjoy numerous levels and complete each of the stages of this game. Also, download Blue Monster Rope Game.

If you are interested in the details about this game, then read our detailed review.

Classic gameplay makes you remember the dynamics of the past. Prince of Persia: Escape 2 allows you to overcome obstacles, jump, pull up, not to mention the combat system, which retained the ability to block and strike. However, you need your own attention to be more able to block blows. In the first versions, the game was a runner, and the player only had to swipe the screen correctly in order for the prince to make the jump he needed.

Because the prince ran without stopping, some levels were not passable. The developers corrected this misunderstanding in the next updates by adding a slider for moving the prince left right and a jump button.

Get over the traps

Just like in the original Prince of Persia, there will be a huge number of traps waiting for you at every corner, and not just spears and bayonets. Prince of Persia: Escape 2 offers 3 lives (ability to resurrect at the place of death) in order not to pass the level from the beginning. In addition, a very unpleasant fact is the vertical location of this game. If you play a little, then the player simply does not notice the jumping spikes and runs into them. Because of this, it is quite difficult to play, but if you get used to it, you can get used to it.

Skins for the hero

Crystals are scattered throughout the levels of Prince of Persia: Escape 2. Collect them to purchase various robes for the main character. Some of the opening costumes are references to the prince’s vestments from past installments. Initially, the main character runs around in ordinary white pajamas and collects red diamonds, for which you can buy normal clothes for your character. By the way, the game is endless. Each next level is generated from small pieces made in advance by the developers.

The game features the simplest graphics with a side view. This picture may disappoint some fans. On the other hand, the application is completely undemanding to the media.

Earn rewards without watching ads. To do this, you need to download a special Prince of Persia: Escape 2 mod. 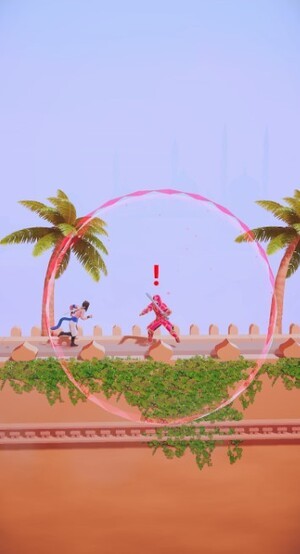 The whole process is quite simple and not difficult. It is a classic arcade game that looks like old consoles from the eighties of the last century. Enjoy a two-dimensional arena. The main character, that is, you, must move along this platform and help the prince escape from prison.

Everything is much more complicated than it might seem at first glance. The game consists of several levels of difficulty, during which you have to overcome various obstacles on the way. They can be very different. At one momentб player faces tires, abysses and other dangers that can cost lives can appear. Therefore, you need to show extreme care, endurance and patience on the way to the final goal. If you are ready for this, then you can start at any time. You definitely won’t regret it.

Prince of Persia: Escape 2 is a mobile game from the French studio Ketchapp. As you can see, the name of the game is the same as that of the cult series. However, do not flatter yourself, as little has been preserved here from the classics from the consoles, except for a similar visual range and name. In fact, it is a typical runner. Jump, overcome obstacles and traps on your way.