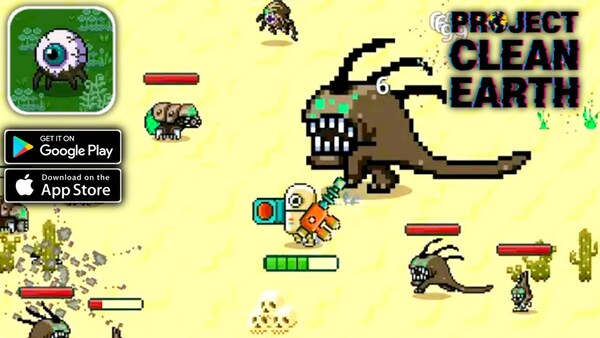 Project Clean Earth is a fun survival game from 1N1 studio. Your task is to hold out as long as possible on the endless arenas, where you will face thousands of different ghouls. Their number is growing exponentially every minute. Choosing different weapons and abilities of your choice can allow you to accumulate power against hundreds of monsters. There is nowhere to hide here, only one way is to try to survive this time and get as much gold as possible for the next survivor before death inevitably ends your struggle. Destroy thousands of night creatures and survive! We also recommend you download Shooting Skull: Roguelike Game and ScourgeBringer.

Survive and travel the world, develop and mine gold and gems, enjoy crazy carnage. 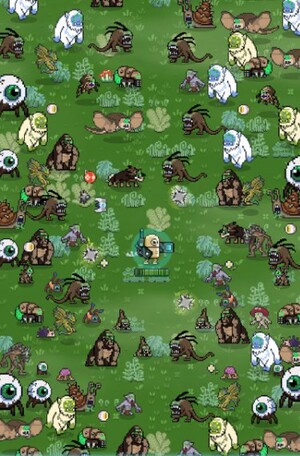 Explore the vast world of Project Clean Earth and fight against a large number of opponents, while the gameplay itself unfolds from the top down. Remember that with the onset of night it will become very dangerous here! After all, it is night that various creatures go hunting, but you have to defend yourself in this difficult, but such an interesting world.

After that, the day comes and you can relax a little, but it is better to spend time usefully and pump your character! However, in order to defend yourself here you will have a wide variety of weapons and a large number of power-ups.

Now, Project Clean Earth is already waiting for you just an incredible amount of weapons. For example, right now you may have up to 24 types of weapons, up to a dozen improvements and enhancements, as well as a lot of other loot at your disposal.

Use all this wisely and upgrade your weapons by choosing the most suitable one. Improve your skills and abilities, collect the best equipment and survive. You will find bosses, achievements and rewards and automatically generated environments in Project Clean Earth.

The protagonist has many skills, thanks to which he can deal with enemies. Not all of them are open at once. A good part will be added to the pool of available ones gradually, as you play and get achievements. The skills themselves are diverse. Various types of attacks, such as magical lightning or throwing axes and shields allow you to avoid damage or inflict it on enemies. 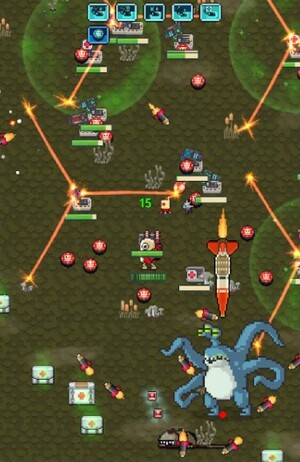 Banal increase in the hero’s characteristics, such as the amount of health or the speed of his regeneration and some general improvements, like increasing the area of ​​effect of all attacks or reducing cooldown are also available.

Since the main emphasis in the game is on gameplay, the visual is classic pixel graphics. Enemies have movement animations but no attack animations and just deal damage on contact.

The goal of the game is quite simple – hold out for a certain amount of time on the location and not die. As you can understand, this is a rather difficult task, because every minute there are more and more enemies. Therefore, it is simply vital for you to become stronger constantly. As you might guess, the method is very simple. You need to kill enemies in order to collect the crystals that fall out of them, thus gaining experience, new levels and, subsequently, pumping certain skills and abilities. 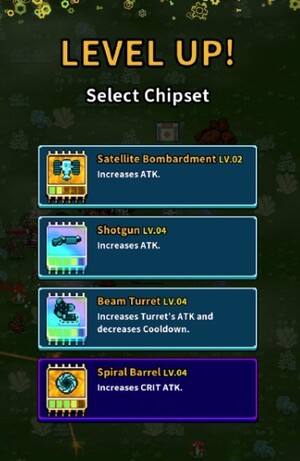 Of course, all skills are lost after death and you have to start over. At the same time, there are permanent upgrades bought with the gold you find, which correspond to some of the skills you get but remain with you forever.

Project Clean Earth is a roguelike in which you have to die many times, and destroy various enemies even more. Figure out the attack patterns of various unique mutant monsters and destroy them. Get stronger, try different tactics and strategies using skills.