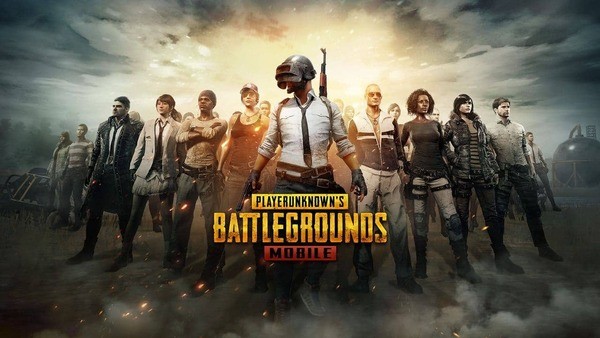 PUBG MOBILE is the legendary pioneer of the battle royale genre that captured hearts of millions of shooter fans across all gaming platforms. Battle Royale genre has gained incredible popularity due to its interesting concept. Players from all over the world know this project well. It has been in list of tops on all playgrounds for many years. PUBG immerses you in the harsh atmosphere of the battle with hundreds of fighters. Naturally, there can only be one survivor, but outliving ninety-nine other gamers is not an easy task. Show your dexterity, tactical thinking, knowledge of shooting physics and so on. Team up with other players or try to win alone. By the way, if you like high-quality online shooters, then we offer Battle of Warships: Naval Blitz and Gods of Boom.

Find out the main benefits of this legendary game.

Choose from a huge arsenal of weapons and equipment

You need hundreds of various equipment types to win the battle. Find first aid kits, stimulants, helmets, body armor, gasoline, weapons and accessories. All of the above is scattered throughout entire location, so you need to collect supplies as quickly as possible. Take only what you need with you, since the inventory is also far from limitless. Weapons in PUBG MOBILE include knives, pistols, submachine guns, assault rifles, shotguns and sniper rifles. Obtain rare types of weapons from special boxes, dropped to the ground by a plane. However, keep in mind that at least a dozen more people on the map want to get the contents of this box. As for the equipment, initially your hero appears in one underwear, but you can find a helmet, armor and a backpack for items. You can also get camouflage clothing, especially useful on the snow map or in the tropics. 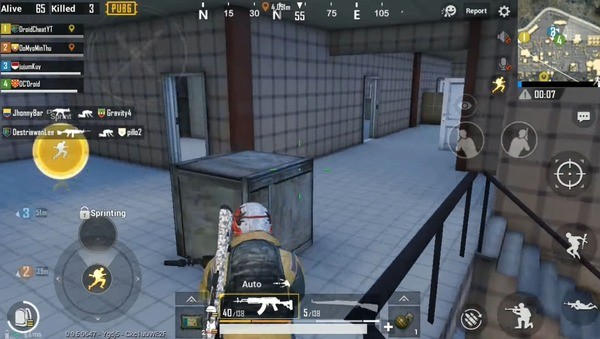 Now, players can play on five maps of PUBG MOBILE. These are huge Miramar and Erangel, medium-sized Vikendi, small Sanhok and very small Karakin. Each of these locations has its own characteristics, landscape and design. For example, Miramar is a huge desert with dunes, where a good solution would be to hide with a sniper rifle somewhere at a high point of the location. Vikendi is a classic winter card. Take a snowmobile and move from house to house in search of the best weapon. Tropical paradise of Sanhok allows you to lie in the grass and shoot gaping enemies from close range. Karakin, on the other hand, is an extremely small map. The player needs maximum accuracy, since there simply won’t be time for tactical maneuvers. Each map has its own distinctive ability so you should apply your own tactics. The ability to adapt to the situation is an essential skill to be successful in PUBG MOBILE.

If we talk about the classic battle royale, then in PUBG MOBILE you can play solo, in a duet or squad mode with four people in a team. For beginners, solo mode is ideal, as it is easiest to get used to the controls, game mechanics, and more. Group modes require some tactical decisions from you and coordination with team members. Accordingly, the tactics of fighting are radically different. If you are playing alone, then you only need to look after yourself. However, if there are four of you on the same team, you should always be ready to help a friend. You can heal teammates in case of a serious injury or just help with ammunition or first aid kits. 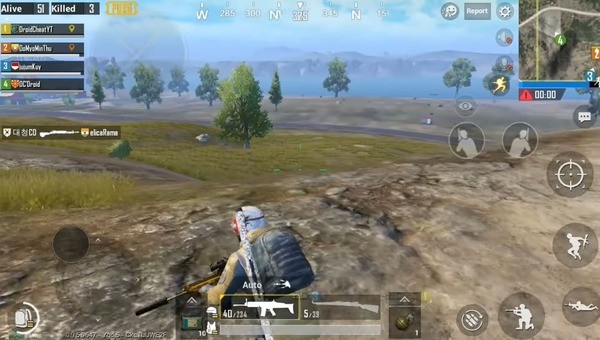 Save yourself from the zone – it kills!

After landing in the place, you have to do only one thing – survival. Look for weapons, ammo and accessories that increase accuracy, rate of fire, magazine volume and other characteristics. Do not forget about the safe zone, which is a constantly shrinking circle. The entire area outside the circle is saturated with poisonous gas, which slowly but surely kills all living things. Additionally, you may see red circles on maps that indicate location of artillery bombardment. Developers of PUBG MOBILE added this zone so that you could not sit in one place throughout the game. That’s why you have to constantly change your position, which adds dynamism to the game.

The graphics and gameplay component of PUBG MOBILE comes down to Unreal Engine 4. This solution helped the developers achieve the proper level of realism, never achieved by any other Android game. Find the most realistic skirmishes, detailed landscapes and refined physics of characters’ movements. All this requires a high computing power of gaming device. However, Tencent Games studio also worked on the proper level of optimization. In addition, don’t forget to turn up the volume to listen to the shots and footsteps of enemies. Thus, you can understand how far away they are from you to take the necessary measures. 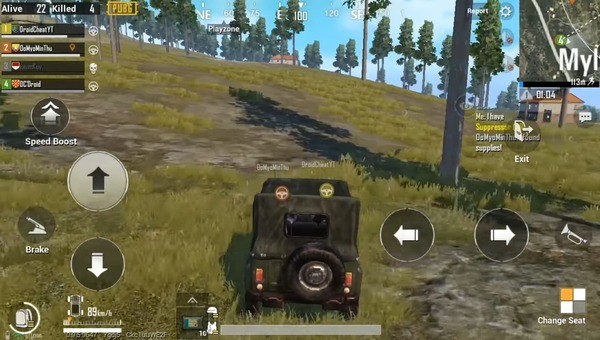 We bring to your attention a mod for PUBG MOBILE that provides you with Aimbot function. It also removes the need to reload. As you understand, these features can go a long way in helping you get through to get the top 1 effortlessly.

Our team tested the above-mentioned mod for PUBG MOBILE. By installing this app, you can shoot with auto-aiming with no recoil. Follow our instructions below to install the game properly.

Important! Use the mod at your own risk. You can get ban for using cheats.

During the game, any PUBG MOBILE user must solve several important issues. From the very beginning, you need to find a weapon, as it is difficult to neutralize enemy with bare fists. Do not pick up the same type of rifles and pistols. A real fighter copes well with a dangerous enemy not only in close combat, but also in ranged combat. Positive difference in the gameplay is presence of a wide variety of objects on the map. For example, you can find many houses, hangars and booths on the uninhabited island to make a safe haven. 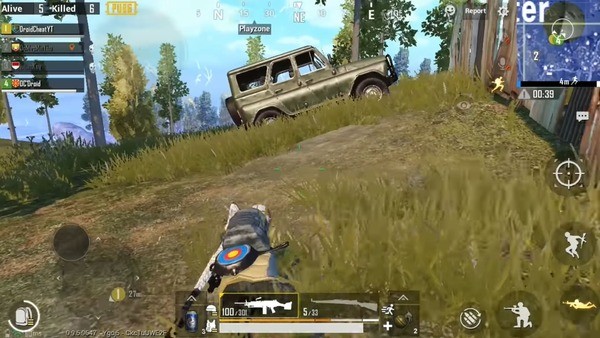 Zone landscape also has its own features. The gamer has access to hills or large ravines. Remember that finding equipment is crucial in PUBG MOBILE. You can strengthen with a helmet and body armor. Place ammo, first aid kits, and other important upgrades in your backpack. Try not to stand still, as it is much easier to hit a stationary target. Therefore, enemy has time to aim and make an accurate shot.

You can also use transport, presented in PUBG MOBILE in various types. Here you can find armored mini-tanks, ordinary cars, buggies and motorcycles. There is an opportunity to ride a boat, a snowmobile and even fly a small aircraft. Transport is a necessary thing when you are far from zone center. Nevertheless, don’t forget that vehicle makes a very loud sound, so enemies can quickly find you.

PUBG MOBILE is one of the most popular battle royale games. Team up with friends to achieve the goal together or make your way to the list of the best players on your own. The mobile version of the legendary game is striking in its quality and sophisticated graphics. Try it and you can’t stop.

How to install PUBG MOBILE Mod?

Don’t forget to delete the original version of PUBG MOBILE before installing our modified version to prevent errors during installation process.